Magic The Gathering: The Walking Dead Set Coming in October 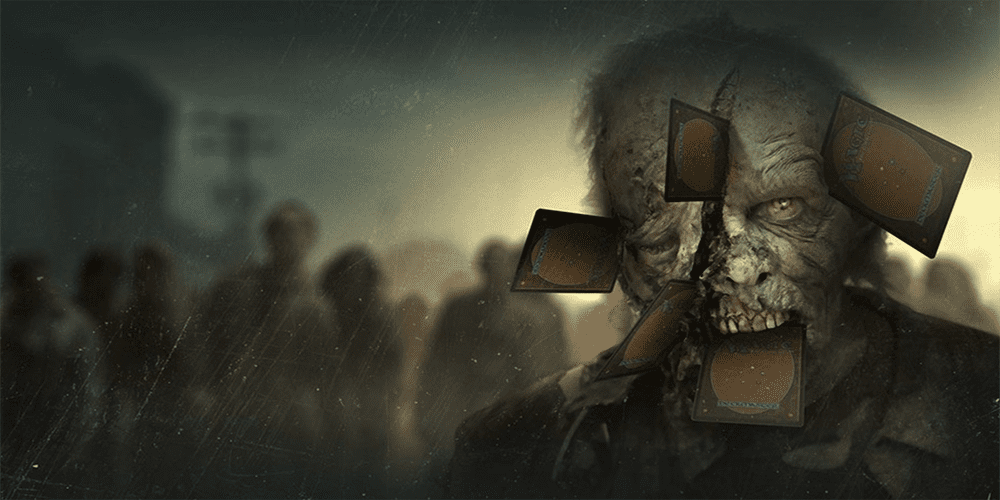 Wizards of the Coast, the publishing company behind the insanely popular Magic the Gathering trading card game, is no stranger to collaboration. There are some incredible sets that feature Godzilla and other major IPs to help diversify the fan base. One such event even launched My Little Pony cards for a limited time. Shoutout to all the bronies. Well, a new Magic the Gathering: The Walking Dead set is going to release this October to commemorate AMC’s new show. For more on this and the upcoming, The Walking Dead: World Beyond series, let’s talk about what to expect with these limited-edition cards.

Magic the Gathering: The Walking Dead is a Crossover We Didn’t Know We Needed

According to the press release from Wizards of the Coast (WotC), the set will include cards for iconic characters in the post-apocalyptic zombie series. There’s going to be a fairly large lineup of artists designing these cards as well, which makes them great to collect. Clayton Neuman, vp games and entertainment at AMC Networks, explained to Hollywood Reporter that the cards would also include new game mechanics. Overall, the Magic community is usually pretty dismissive of new sets like this. If you play the main game, then these don’t always pique your interest. In short, they might help newcomers to Magic discover the game and cards, which is a great boost for WotC.

There are a few other things we know as of now. Firstly, the set is called The Walking Dead Secret Lair. Secondly, Michonne is the lone character featured in a preview card. Overall, she’s depicted as a “lone, unstoppable samurai” who has abilities that match the show. If you’re a fan of The Walking Dead, then there seems to be good care in these cards. I don’t know if they’ll be a huge hit, but I think there’s an audience for this collection.

Do these cards peak your interest if you like the show? Are you excited that The Walking Dead has been renewed for an extended final season? Let us know in the comments! Thanks for reading Comic Years for all things comics and pop culture.