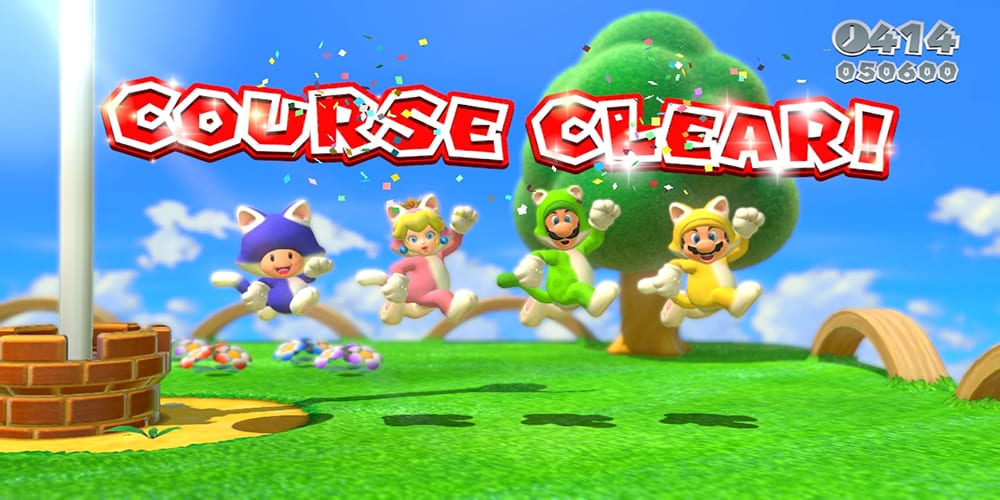 Nintendo announced a lot during its Mario 35th anniversary direct. One project I’m excited about is Super Mario 3D World + Bowser’s Fury. If you read my work here often, then you know I’m a huge fan of the Wii U. Was it a perfect console? Absolutely not. Still, the games featured in that era hold up today. It’s why we see ports of things like Donkey Kong: Tropical Freeze and Pikmin 3 coming to the Nintendo Switch. The console failed but the games hold up incredibly well. Before we wait a few more months to get the enhanced version, I thought a Super Mario 3D World retro review seemed fitting.

Super Mario 3D World – How did the Game Come to Be? 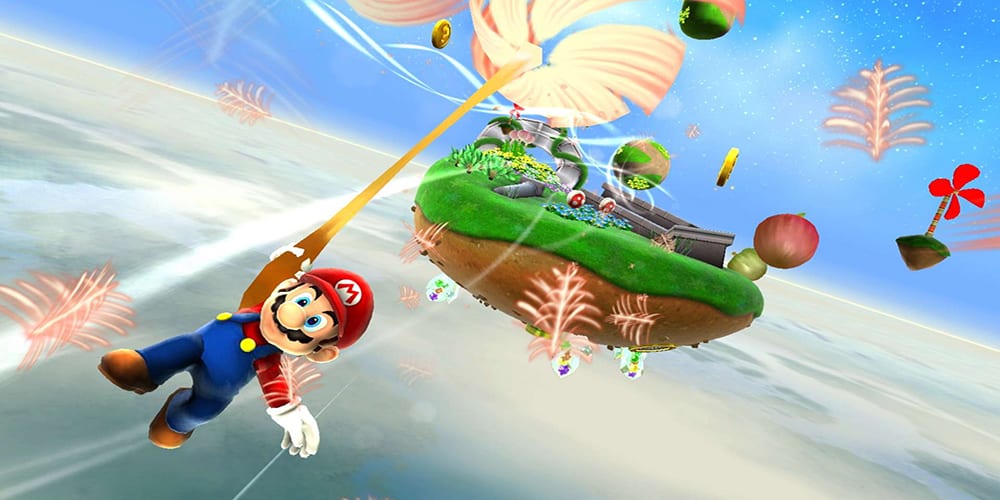 Back in 2013, the Nintendo developers believed pushing the boundaries of 3D Mario titles. Super Mario Galaxy was great, but there was room to continue to grow. In the plethora of ideas for the game, developers couldn’t let go of a certain idea. Attack mechanics in Mario games usually involve fire, ice, or projectiles. What if Mario could pounce on his enemies like a cat? A feline power would likely mean other perks like climbing walls. This mechanic became central to Super Mario 3D World. Other power-up ideas included a double cherry that cloned characters. Funny enough, this idea derived from a programming mistake that humored the developers. Sure enough, it was here to stay.

Eventually, another important development came from the brainstorming sessions for the game. What if you could play as other beloved Mushroom Kingdom characters? The lineup of Mario games introduced us to many wonderful characters. So, it became clear including Peach, Toad, and the new favorite Rosalina would bode well for the game. At the heart of this decision was the idea that this would blend the 2D and 3D Mario titles. Super Mario 3D World, much like the 3DS’ Super Mario 3D Land, felt like a compromise in a good way. With a new gameplay style and fun power-ups and characters, the game was set for release. 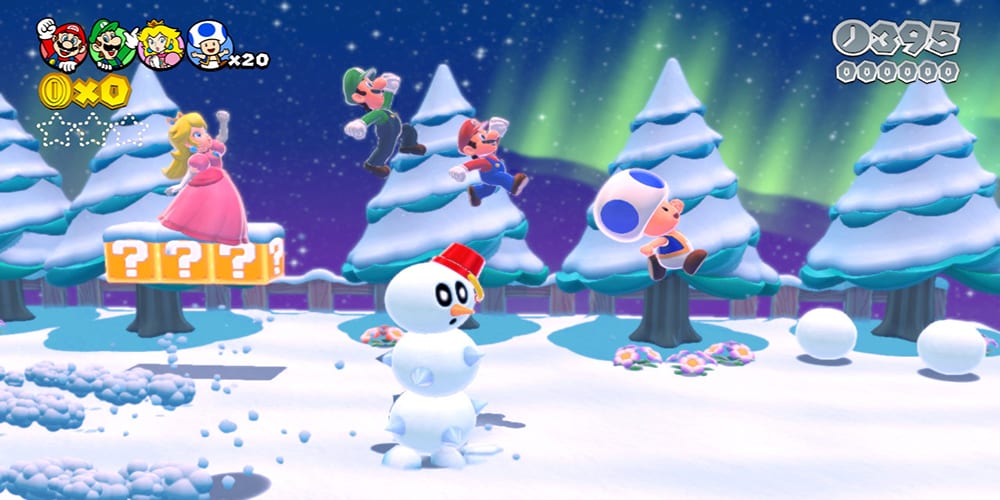 If you haven’t played this game, then let me go back for a second. You can free-roam in this title but the mechanics of 2D Mario hold true. There’s still a time limit as well as a flagpole at the end. Like the New Super Mario Bros. games, you can also play with 4 people at a time. Each character has a slightly different perk. Mario is sort of the base character. Luigi can jump higher, Peach can float, and Toad is super fast. Rosalina, on the other hand, can use a spin attack move. Rather than have individual lives, everyone works from a pool of lives. This ups the teamwork aspect of the title.

I think the most appealing element of the game for me is this last mechanic. The shared lives help give you a sense of teamwork. There are certain aspects of the game that require teamwork. For example, you and a partner might need to use the double cherry power-up to hold down four pressure plates to unlock a door. These aspects are inherently cooperative. Then, there are the harder stages that incite teamwork. Some of the boss battles in this game are no laughing matter. There are also a few stages where you race against the screen moving forward to finish the level. These are also fairly difficult. The shared lives and challenges of the game give you a great understanding of why it benefits you to work together. You can still pick each other up and throw one another in case teamwork isn’t working for you too well.

Where Does Super Mario 3D World Rank in the Mario Library? 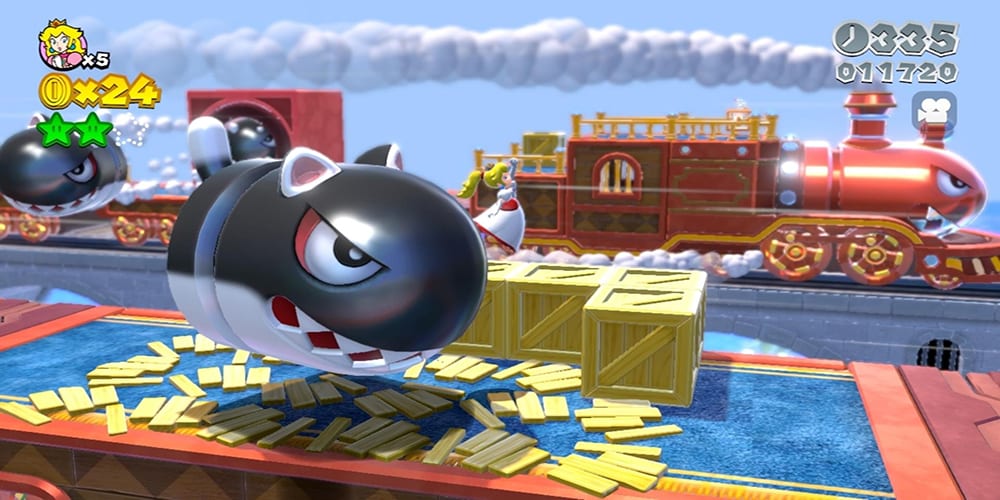 These games are iconic to me because they sort of reinvented what Mario could be. It seems simple enough to add 3D models to a 2D Mario experience. In fact, it’s not all that straightforward. There are a number of hidden items tucked away that you need to really search for. Exploration is key for 3D Mario games, but with the time limit, you don’t feel that sense of adventure as naturally. You have to work to explore, and that’s an added challenge I don’t think many games offer you.

If you want to play a Mario game that deserves its spot in the top-tier titles of the series, then pick up this game on Wii U. If you don’t want to buy a Wii U, then no worries. The updated remake is coming soon. Here’s what we know about it so far.

What We Know About Super Mario 3D World + Bowser’s Fury 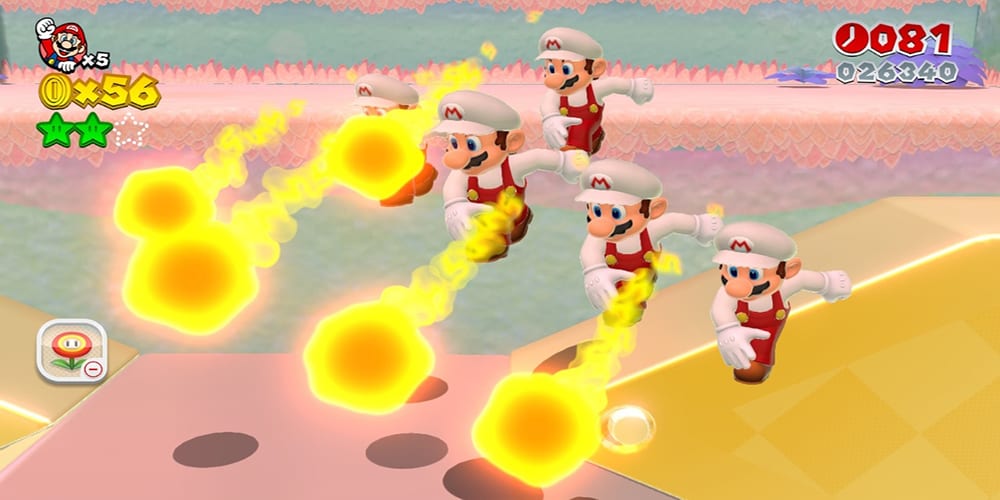 In the Mario 35 direct, we learned that Super Mario 3D World + Bowser’s Fury would come to the Nintendo Switch. The game is going to feature the same Wii U title with a few added bonuses. Firstly, the characters will move about 30% faster than the original game. There will be online co-op multiplayer for friends playing over the internet as well. The Bowser’s Fury element also adds levels and gameplay. Overall, there isn’t much detail about this aspect quite yet. The game will also launch with two new amiibo figures for Cat Mario and Cat Peach. These can unlock power-ups in the game as well as fun add-ons for other Nintendo titles. Super Mario 3D World + Bowser’s Fury releases February 12, 2021.