I can’t necessarily say that I envisioned what it’d be like if Huey from The Boondocks went to Hogwarts. Nor did I ever consider John Henry, the black fairy tale powerhouse, running around fighting the KKK with his famous railway hammer like Thor. Luckily, both of those things are awesome and now I can’t stop thinking about them. Enter: The Black Mage.

What Is The Black Mage?

Oni Press is bringing its magic adventure, The Black Mage, to publication just a little under a year after its announcement. In the story, the first black student at the famous and influential St. Ivory magic school starts his studies. Tom Token is a hell of a name to give your young black character who is about to embark on a journey in a predominantly white environment, but why not be on the nose? In a preview of the comic, we see Tom Token partner up with John Henry, the hammer wielding tall tale hero, to literally fight members of the Klan. It’s a great sign that this story and character will not be tackling these social issues lightly.

Can The Black Mage Push Boundaries? 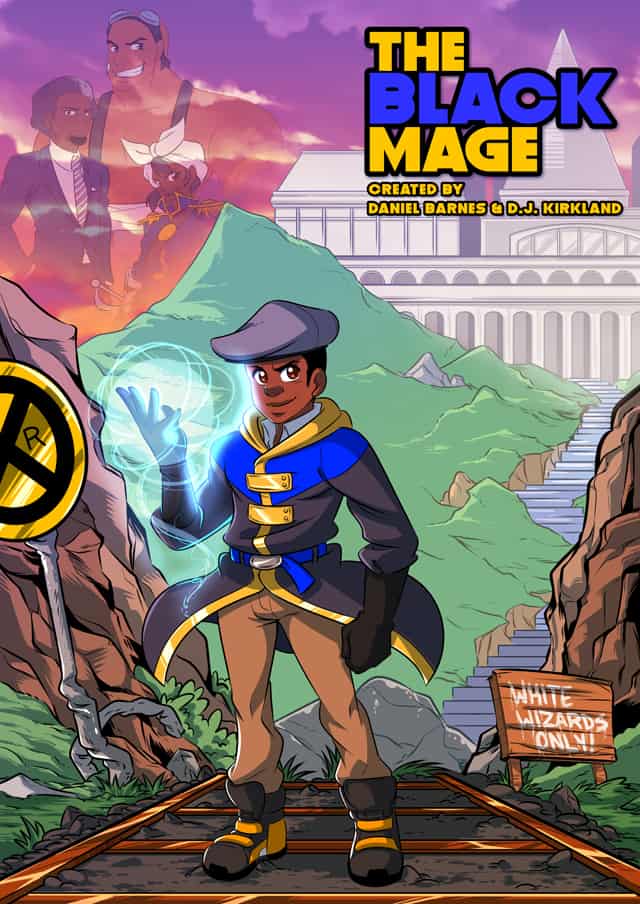 There are a lot of intersections at play when we talk about social commentary. For starters, the comic book industry is a predominantly white career field when it comes to the top publishers. There has been some significant progress. The fact of the matter still comes down to people of color being reserved for smaller publications. This means smaller readerships, less publicity, and of course, less authenticity in the stories that make headlines.

In terms of pop culture, comic book fans and creators are responding quite well to calls for more diversity. When someone calls out comic book fans for being a bunch of white guys, it’s pretty easy to shake it off as either blind prejudice or situational disconnect. That being said, progress is not a solution in and of itself. Getting high profile authors like Ta Nehisi Coates to write a run of Black Panther doesn’t exactly even out the playing field.

An Important Reminder of the Impact of Perspective

If anything, a story like this feels almost necessary. Upon release in October, we’ll know exactly what Tom Token’s adventures entail. From the preview, we can assume themes of acceptance and aggression will be in full force. Keep reading Comic Years for more updates on this series!