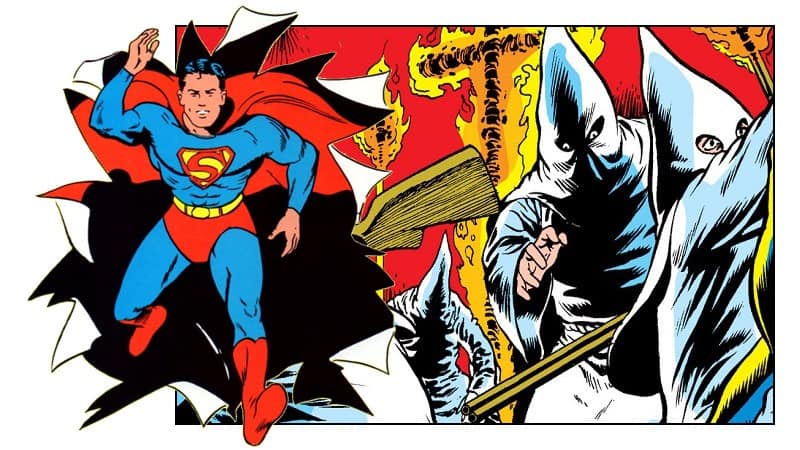 Okay, so maybe we should discuss it a bit more. The series, just to make it that much better, is part of DC Zoom’s lineup of middle-grade comics. And Eisner-winning author of American-Born Chinese Gene Luen Yang, a brilliant YA graphic novel is the man behind the smashing of the Klan. So, how did this definitely-going-to-piss-off-sad-puppies begin?

Back in the 1940s, there was a beloved Superman radio series, and one of the most infamous episodes was “Clan of the Fiery Cross.” Remember, this was a radio program for children, and even during a time of segregation, we were teaching children that the Ku Klux Klan is an evil organization that needs to be, well, smashed. Much different than where we are today. What’s wonderful is that Yang is writing Superman Smashes the Klan as a period piece, set in 1946, when the original episode debuted.

The Super Kids Smashing the Klan

Superman Smashes the Klan follows the Lee family, who move away from Metropolis’s Chinatown to the heart of the busiest city in the DC Universe. But for the two children, Roberta and Tommy, it’s great news: they’re closer to Superman’s domain than they’ve ever been before!

Of course, things go south (pun intended) when the Ku Klux Klan starts growing in Metropolis. And one day, the Lee family wakes up to a burning cross in their front lawn. Shortly after that, the KKK kidnaps Tommy, and it’s up to Roberta and Superman to find him!

Another wonderful aspect of this story is that Superman will be much younger, and closer to his golden age abilities. That means he hasn’t yet learned to fly, and has to run through the city to find Tommy.

The Other Superhero Smashing Intolerance

The comic “fans” known as the “sad puppies,” say that they hate how comics are now “politically correct” and all about “social justice warriors.” (Sidebar: when your best insult to people who want equal representation is to call them “warriors” you’ve already lost the argument.) Here’s what they’re forgetting: comics have always been political. Captain America was always a bleeding heart liberal. In fact, the famous cover of Cap punching Hitler in the face came out a year before the U.S. declared war on Germany, and was actually quite controversial.

“Today, this would be like putting Vladimir Putin or somebody on a comic-book cover and vilifying him,” Marvel editor Tom Brevoort said in an interview with the Washington Post. “Hitler was then a standing world leader with an impressive military machine behind him and a number of sympathizers in the U.S. So make no mistake about it: Had this been something that genuinely angered the real Hitler, he most likely possessed some apparatus to strike back against Simon and Kirby, and even Timely as a whole.”

Superman has Always Smashed the Intolerance

Cap wasn’t alone. Superman was fighting alongside him, in spirit even if not on the page. In fact, the 1940’s radio program also called Superman the “Champion of the Oppressed.” And in one of the late 1940’s movie serials, Pa Kent tells his adopted son not to fight for “truth, justice, and the American Way,” but for “truth, justice, and tolerance.”

However, the best example of Superman’s fight against racism is from a 1949 textbook cover distributed to classrooms across the country. Now, keep in mind, this is five years before schools were integrated. DC Comics later re-rendered the image:

The Legacy of Liberalism

Both Marvel and DC released comics this month with heavy political messages, in Lois Lane and The Punisher. This should not be shocking. They’ve been doing this for 80 years. Superman was always a metaphor for immigrants. Batman was always, essentially, a socialist, using his wealth to protect all of Gotham, regardless of wealth or poverty. The X-Men were always a political-charged franchise. Black Panther wasn’t just the first Black superhero, he was African royalty and had such genius that he outsmarted the Fantastic Four. More importantly, he wasn’t a “brute” as media portrayed Black men in that time and today still.

And Wonder Woman? She was created by William Moulton Marston, who was secretly in a polyamorous relationship with two women, and a feminist himself. Though problematic at times, Marston’s main objective was to show the strength of women. He’s quoted saying “Women’s strong qualities have become despised because of their weakness. The obvious remedy is to create a feminine character with all the strength of Superman plus all the allure of a good and beautiful woman.”

Even Villains Stand Against White Supremacists

Yep. When Joker met the Red Skull, and found out he was an actual Nazi, he was repulsed.

Intolerance, of course, is not exclusively American. And even though Superman Smashes the Klan takes place in America, against an American hate group, Yang notices its global importance. As he said in an interview with the Hollywood Reporter:

One of the things that came out of this — we’re at the tail end of the third and final book right now, as we speak; I’m just about done with the revisions — and one of the things that I’ve learned is that the world learned something about tolerance after World War II. Not just America; all of us learned something about tolerance. World War II was the worst nationalistic instincts of the world come to a head — the worst instincts of our species had manifested themselves pretty much everywhere in the world. And then, this Superman story, which arrived a year after the war ended, was primed to convey the lessons the world had learned to a younger generation.

I just think that, maybe we’re so far removed from that period that we’re beginning to forget those lessons. That was the impression that I got. 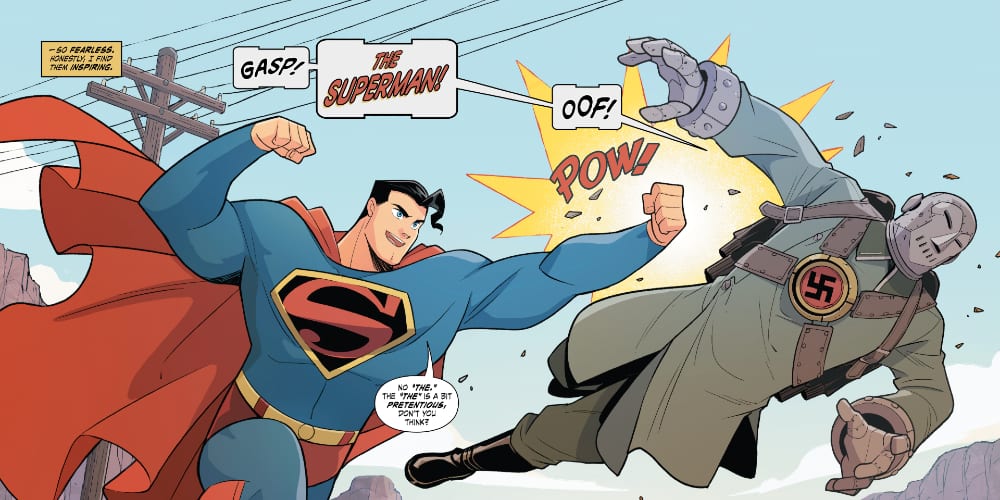 Superman Smashes the Klan carries on that tradition, and boldly so. It’s once again a politically charged superhero story specifically aimed at all ages. There is definitely going to be complaints about this, and how DC shouldn’t be preaching to children or showing a liberal bias (when did smashing the Klan become a liberal bias?) Yang is celebrating this history with his new series. And when the series debuts in October, the first of three 80-page perfect bound issues, everyone should support it. And if you have children, this would make an excellent first comic.

Teen Titans: Raven is a Great Comics Debut for Kami Garcia
How To Get Fingerprints Off Comic Books

Marvel
Who Is Wiccan? One Of The Most Powerful Magicians In The Marvel Universe
COMICS
Conan The Barbarian Comics Already Have A Release Date (2023)
COMICS
Who is Neal Adams? A Comic Book Legend
Marvel
Who Is Doctor Doom: A Multifaceted Supervillain
COMICSDC Comics
Who Is Bob Kane? Meet Batman’s Father And Creator
Marvel
Who Is Ant-Man – The King of the Quantum Realm 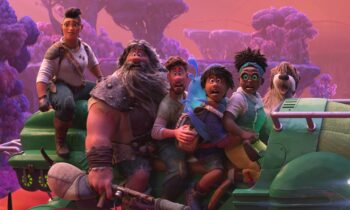