Need a New Comic? Maybe it’s time to Tell That FanFiction Story You Always Wanted to? 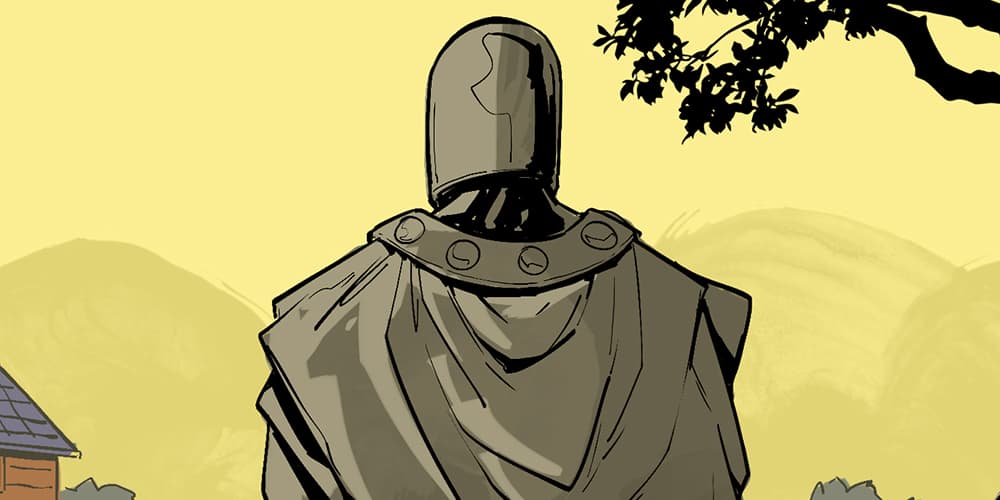 Who said we couldn’t get new stories during the quarantine? Granted, “Erik” by Sachi Ediriweera is only a 4-page fanfiction comic about Magneto. But it’s also one of the most beautiful Dawn of X stories. And it’s one of the best “silent” comics you’ll ever read. Ediriweera sends Magneto to save a mutant from a mutant-hunting robot attack. The story is tragic and hopeful—and perfect. And we need more like this.

A Pure Magneto Fanfiction Comic by a Pure Fan 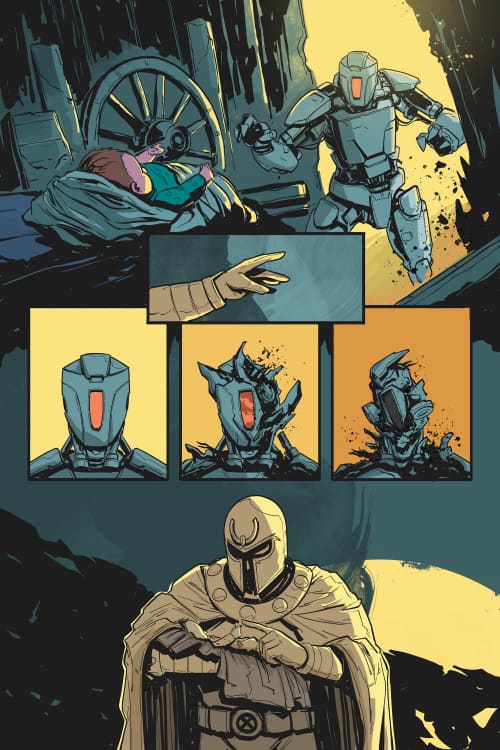 “The Marvel and X-Men fan in me just wanted to do something for #ncbd,” Ediriweera said in his tweet with featuring his fanfiction Magneto comic. Much like everything else happening now, it’s time to adjust, and Ediriweera sets a great example. The fanfiction comic helps us escape the strange times we are living in for just a moment. However, Edirweera doesn’t balk at emotion either. This isn’t a silly fanfiction comic. It’s quite harrowing in those four pages. However, that doesn’t mean there’s not a place for a silly fanfiction here and there.

Spider-Man Takes on Social Distancing in a Great Fanfiction Comic 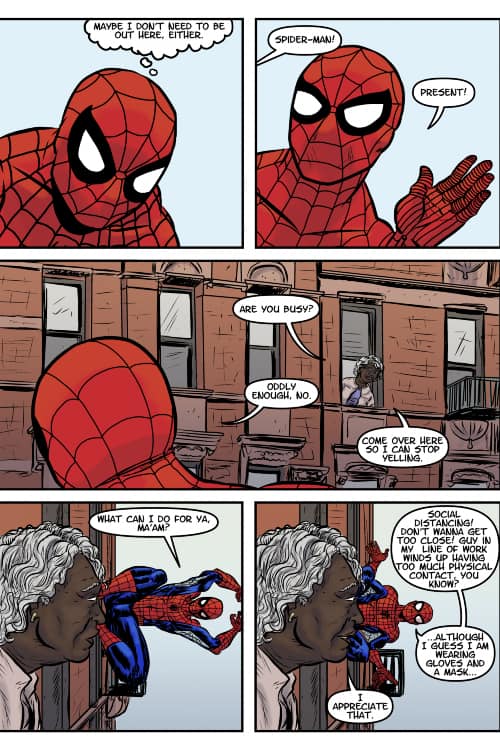 While Edirweera’s Magneto fanfiction comic obliterates whatever heartstrings we had left, Dewey Bass’s Spider-Man comic will have you smiling from ear to ear. “The Amazing Spider-Man in Social Distancing” presents the wallcrawler with a version of New York he’s never seen before: empty. Still, he is Spider-Man, so he’s going to swing around and help people in any way that he can. The perfect opportunity arises when an older woman needs help getting groceries. And the “Friendly Neighborhood Spider-Man” is happy to help. This fanfiction comic is pure joy, a bit silly, and tackles social distancing in a fun way. It’s a brilliant little comic.

What is the Story That You’ve Always Wanted to Tell?

Before we go too far, it’s important to remember that 1) you can’t make money off of your fan work or story. And 2) legally, it’s a very gray area. Thankfully, it doesn’t look like Marvel and DC are too concerned, as long as you don’t write erotica with the characters. The same thing goes for JK Rowling. In fact, Rowling encourages fanfiction. Neil Gaiman too. You might want to avoid Tolkien—his estate probably wouldn’t allow it. Before you post it, do a quick google search to make sure the property’s owners don’t mind. Of course, you don’t even have to post it—just write it for yourself!