Luke Skywalker In The Last Jedi And The Mandalorian Don't Contradict 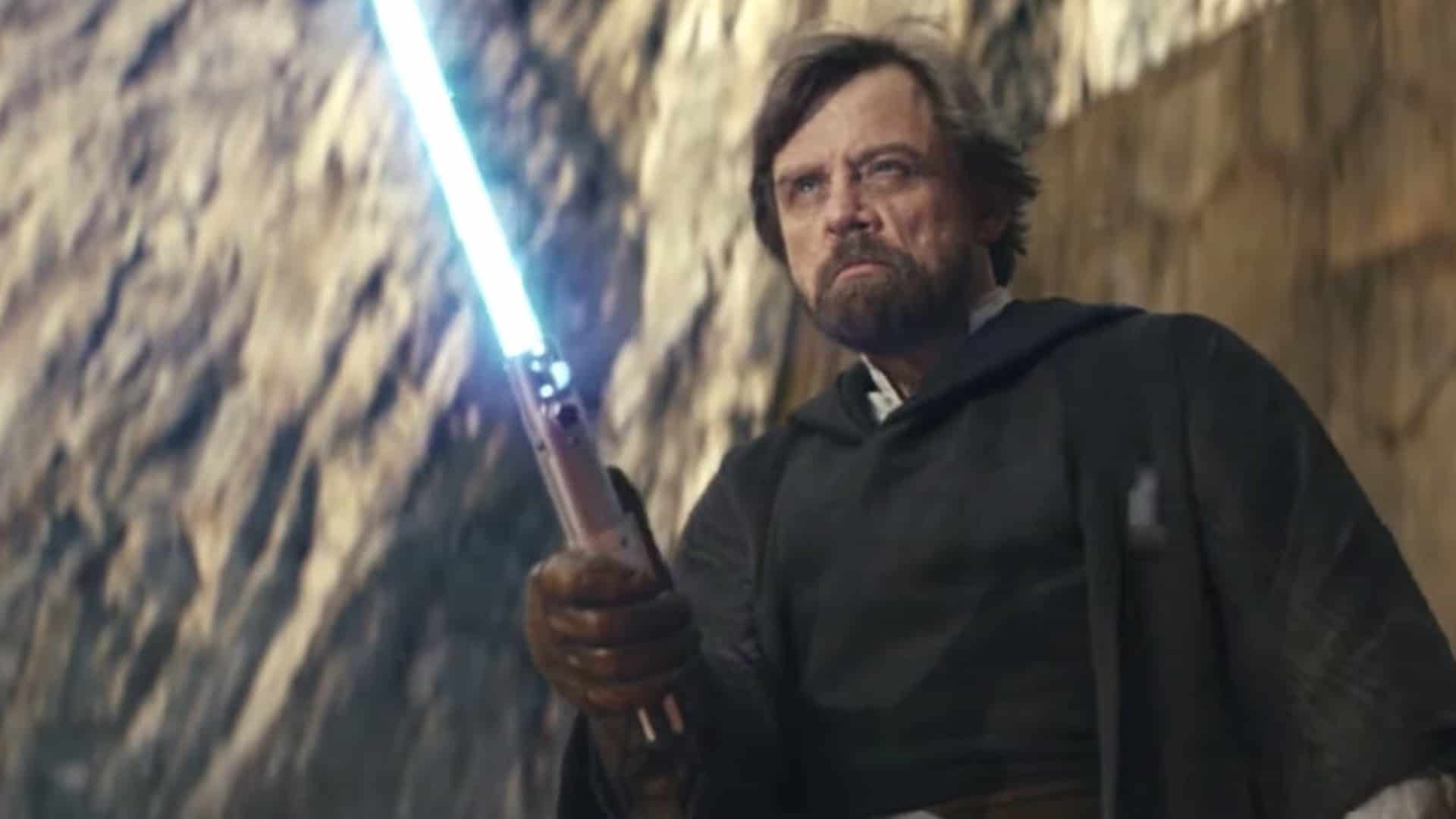 In the season 2 finale of The Mandalorian, every fan of Luke Skywalker got something they enjoyed seeing. His return as a Jedi in his prime, if only via uncanny valley deepfake technology, moved a lot of folks. Yet, because no one hates Star Wars like Star Wars fans, The Discourse™ started, with a focus on how the Luke Skywalker in The Mandalorian compared to the Jedi Master we meet in The Last Jedi. Again, there is nothing inherently wrong with this question. In fact, I suspect it is one that people who like to think and talk about Star Wars are supposed to consider. However, the recent toxicity in the fandom has made it so that people are approaching this topic determined to fit it into their agenda.

Thus far, The Mandalorian seemed to dodge the dark side of Star Wars fandom, and the few controversies that arose weren’t that deep.  Yet, Luke Skywalker has gotten no such pleasure from the fans. There are fans who hate The Last Jedi version of Luke because they feel it betrays the character he was. There are those who love that version. Still, some feel that Star Wars: The Rise of Skywalker was an attempt to “correct” the things about Luke and the story the most toxic fans disliked. (Of course, this is not true.) Thus, we are now graced with two sets of Star Wars fans who are passionately angry with Star Wars.

However, those who feel that the Luke Skywalker in The Mandalorian was not the same character that appeared in The Last Jedi are wrong. Let’s talk about why. Spoilers, obviously, below. Since Disney purchased Lucasfilm, we’ve not gotten a lot of post-Return of the Jedi Luke Skywalker content. In most appearances, he’s not actively engaged in combat and seems regretful when he has to. The earliest post-RotJ appearance comes in the fourth issue of the Journey to the Force Awakens series. Luke attacks an Imperial base to rescue two trees that are strong in the Force. He kicks ass with his lightsaber and Jedi powers, blowing up the base as he leaves. Later, in the Rise of Kylo Ren series, he fights off the Knights of Ren but kills none of them. He’s essentially using the Force only to defend and disarm his attackers. He’s grown as Jedi and on the path of the Light Side.

So, when we see Luke Skywalker in The Mandalorian we are getting the ass-kicking Luke Skywalker fans hoped to see in The Last Jedi. Yet, this is not meant to contrast with the Luke we see later, but rather inform us more about how he got to where he did. At this point, he’s at the height of his legend. Sure, none of our principal characters know who he is on sight, but the Empire sure does. It’s implied that the Dark Troopers were meant specifically for him. As soon as Luke’s X-Wing arrives, they stop worrying about the crew on the bridge and prepare to face Luke. Giancarlo Esposito’s performance shows just how much Moff Gideon fears the Jedi who beat the Emperor.

This is a Luke Skywalker at the height of his legend, striking fear and despair into the hearts of his enemies. While this makes him a hero to us, it speaks to a Jedi Master Skywalker who is repeating the mistakes of the Jedi Order of the past.

Listen to the Music, Maaaaaan

In the sequence, Luke is destroying droids not people. Thus, we’re able to see him unleash his power as he makes his way through the 40-some droids between him and Grogu. If ever there had been a moment for Ludwig Göransson to use the John Williams’ Star Wars fanfare this would be it. Yet, he doesn’t. The music is dark, ominous, and even mournful (though there are very heroic and hopeful phrases in the piece). Dressed all in black, the preferred color of your favorite Dark Side practitioner, Luke’s journey of destruction through the ship will make most fans cheer with delight. (Though, we’re also really happy to see him.)

Yet, in rewatching this sequence, we can perhaps look at this as a warning for Luke (and the fans) about where he’ll end up. Part of what made The Last Jedi’s twist so shocking is that it revealed the battle against the Dark Side is never over. We’re not talking about what Luke sensed in his nephew’s dreams, but rather his controversial response. Acting on fear, Luke damned the galaxy to another cycle of war and tyranny against an enemy he thought he defeated.

Along with the musical clues, we can see that as Luke progresses through the ship, his attacks increase their ferocity. Yes, this is because he encounters more and more enemies, yet it’s there nonetheless. It is both very visually awesome and an intentional clue to see Luke finish off the last Dark Trooper by crushing it to bits. It’s not as Dark Side as Force-choking, but more on the dark side of the spectrum than it is the light. Yet, in his hubris, Luke doesn’t realize this nor seem concerned by it. In fact, we get the most confident and serene Luke we’ve seen.

Time in Star Wars is very weird and best left ambiguous. However, we do know that Luke established his temple about a decade before The Force Awakens. We also know that Ben Solo’s fall happened less than six years before the film. The Mandalorian takes place five years after Return of the Jedi and nine years after the Battle of Yavin in A New Hope. Grogu is Luke’s second student, his first being Leia who quit her training before the birth of her son. And we have every reason to believe he’s successful training Baby Yoda, because he takes on students after this.

Luke’s obsession over the 34 years between episodes six and seven was with the Jedi Order of old. We see him finding caches of hidden Jedi history throughout his appearances. It’s implied that he attempted to rebuild the Order of old. Thus, we can assume he made some of the same mistakes. His choice to strike down Ben in The Last Jedi, even if only a momentary reaction, is precisely how Yoda or Obi-Wan would have handled that situation. They told him over and over again, that those who fall to the Dark Side are irredeemable. It’s only when he looks at his hand, reminded of his father, that he recognizes he was wrong. But it was too late.

Luke’s exile on Ach-To is not much different than Yoda’s exile in Revenge of the Sith. Unlike his master, he believes that the only way to stop the cycle of death is to end the Jedi Order. (Yet, he can’t bring himself to do it.) While he does train Rey and guide her journey, he empowers her to avoid the mistakes of old by forging her own path forward.

Star Wars Fans Can Have Their Luke and Conflict, Too

The beauty of multiple Star Wars trilogies is that everyone can have their Star Wars. Whether you’re an original trilogy purist, a prequels kid, or a brand-new Star Wars fan it’s all yours. You can pick and choose which stories you enjoy and ignore the ones you don’t. Yet, these stories all inform each other and work in tandem, even when the characters are in different places. Allowing these characters to grow and change not only makes them feel more “real,” but allows them to teach us multiple lessons throughout their stories.

The Luke Skywalker that we see in The Mandalorian is no more or less that character than the Luke Skywalker of The Last Jedi. The two versions of the character work in concert, showing us a man at his height and his lowest point. In either story, he ultimately makes heroic choices but he’s not immune to mistakes or outright failure. In 1983, when Luke tossed away that lightsaber, he became a different kind of action hero. Instead of mercilessly slaughtering those who wronged him, he spared a life. He didn’t defeat the evil for good, but he bought the galaxy three decades of peace to try to figure it out. That’s a hell of an accomplishment.

Just because Star Wars stories are myths made for the youngest among us, that doesn’t mean we old fans can’t learn a lesson or two as well. And Luke Skywalker, in whatever form we get him next, still has a lot to teach us.

What did you think of Luke Skywalker in The Mandalorian and/or The Last Jedi? Tell us in the comments below.