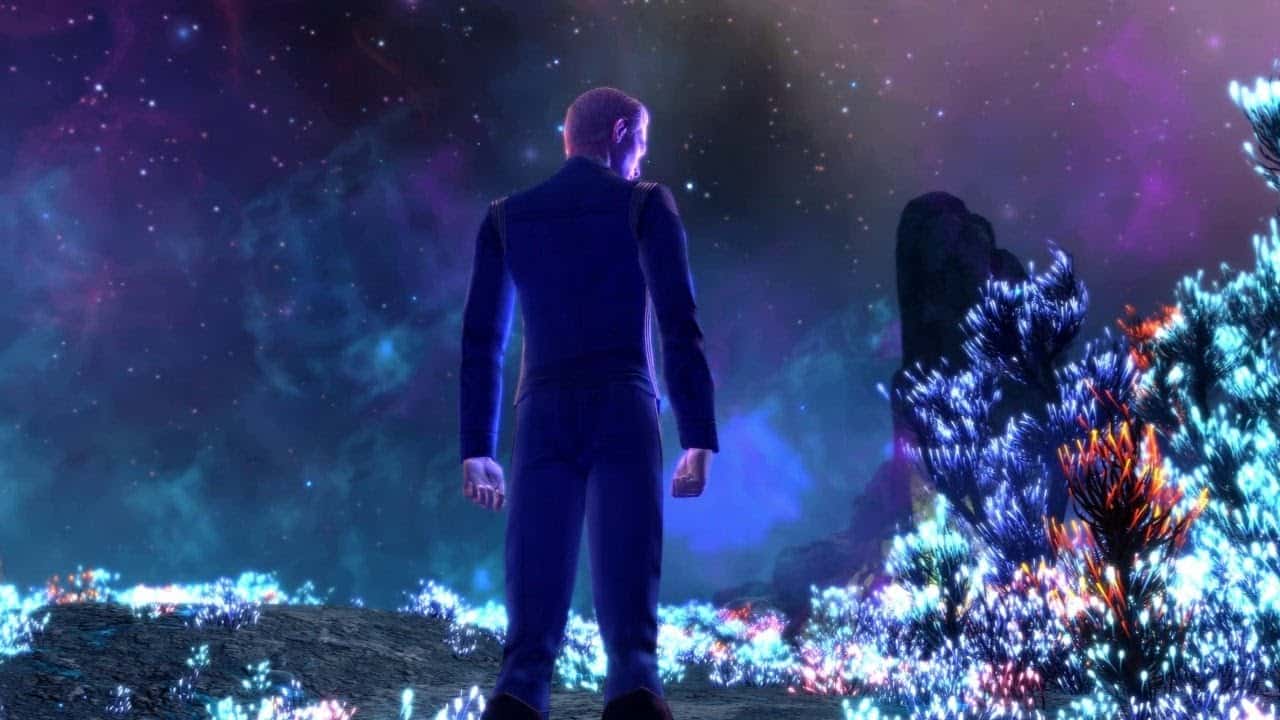 Star Trek fans have a lot to love about the series. Star Trek: Discovery is doing quite well on the streaming service CBS All Access, and a new Picard show is even on the way. If you love the classic shows, then you’re probably loving the programming lately. Best of all for that latter program, it’s not some sort of prequel story, it’s featuring the original legendary actor, Sir Patrick Stewart! For Star Trek fans that also love gaming, there’s a good chance they’re playing Star Trek Online. Now, the new expansion, Star Trek Online Awakening, is on its way.

An massively multiplayer online role playing game, Star Trek Online is nearing a decade since its debut, and does a great job at featuring fan favorite elements of the show’s lore and world to drive the game’s campaign. If you’re looking for a new MMO to play, then now might be a great time to try this one. A new expansion looks to push the envelope even further, and the wait won’t be much longer. Star Trek Online Awakening is launching this September.

What is Star Trek Online?

Star Trek Online is a themed MMO-RPG, or massively multiplayer online role playing game. Cryptic Studios launched the game in February 2010. At the time of its release, gamers paid monthly fees, as well as an initial game purchase. In 2012, it relaunched as a free to play title, and expanded to Apple OS X in 2014. Unfortunately for Mac gamers, the OS X version experienced constant bugs and issues, so the Mac port ended in 2016. Luckily for console fans, however, the PS4 and Xbox One versions of the game released later that year.

Star Trek Online takes place in the years 2409 and 2410. This places the MMORPG exactly 30 years after Star Trek: Nemesis. The Klingon Empire and the United Federation of Planets are back into a struggle for power, triggering a war. As seen in the J.J. Abrams reboot of Star Trek, the game also incorporates the loss of the Romulan Star Empire. A number of other threats are popping up as well. For example, the Borg Collective is a major threat in the game, as is the Dominion. Expansions to the game introduced other threats and campaigns, including the introduction of the Vaadwaur, the Iconians, and more. The lore is deep in Star Trek Online, making it a must play for Trekkies.

In Star Trek Online Awakening, the multi-part story started with the Age of Discovery and finished up with Rise of Discovery pivots back to 2410. A new faction, enhanced tutorial system, and six new episodes come in the campaign. There are also updates to some more advanced portions of the game. These include Random Task Force Operations, Tier 6 Reputations, and Personal Endeavors. The story stars Anthony Rapp, known to Star Trek fans as Paul Stamets on Discovery, and the show ties in nicely to the new campaign.

To recap, the Klingon Forces stole technology taking them forward to the year 2410, and now it’s time to make sure no more damage is done. J’Ula, a ruthless leader, and the Klingons are aiming to destroy the Elachi and their home planet. The player’s mission, along with the help of a team of AI characters, is to team up with Captains around the world and track down J’Ula. This includes fixing the tears in the vast environment of space that she’s left in her wake.

Interestingly, the new Patrols mechanic allows players to find the things they need for missions more easily, including others to play with. Five brand new Patrols also come with the expansion, allowing you to move around the galaxy in a unique and variety of ways. A Mycelial Event is also coming with Awakening, including the chance to earn a new T6 Elachi ship upon completion of all the new additions of the expansion.

Is Star Trek Online Worth Trying?

At launch, this question would have been easy. For the price of its initial cost and monthly fees, not enough came with Star Trek Online to justify its price tag. The trouble with a lot of MMORPG games in the beginning is the actual gameplay. Running solely online, things like slowdowns or complete crashes can make servers unplayable. That didn’t happen too much at the beginning, but a few things stood in the way of getting players to log on.

The game fixed these issues, but depth really kept the Star Trek Online experience from being something great. With few missions and not a lot of ways to experience the great world of Star Trek, it was hard to get people to play. Even then, if they played for a week or so, keeping players proved to be very difficult. The trick really was the expansions themselves. Which, if you know the gaming world well, isn’t always the case, at least optically.

In the world of gaming, DLC, or downloadable content, is usually frowned upon. In MMOs, however, expansions are usually directed towards the wants of the players. Take the massively popular World of Warcraft. Each new expansion is not some money grab or desire to just cash in; expansions in the MMORPG world are made to improve the game. That’s exactly what happens every time the team at Cryptic Studios releases an expansion for Star Trek Online.

The game is growing better in terms of video game quality and fan service. The world in Star Trek Online is great for long time fans, and a great way to get into the world of the iconic series. The latest and hopefully most expansive addition to the game, Star Trek Online Awakening, goes live on September 10th, but in the meantime, why not play some Pokémon Go!