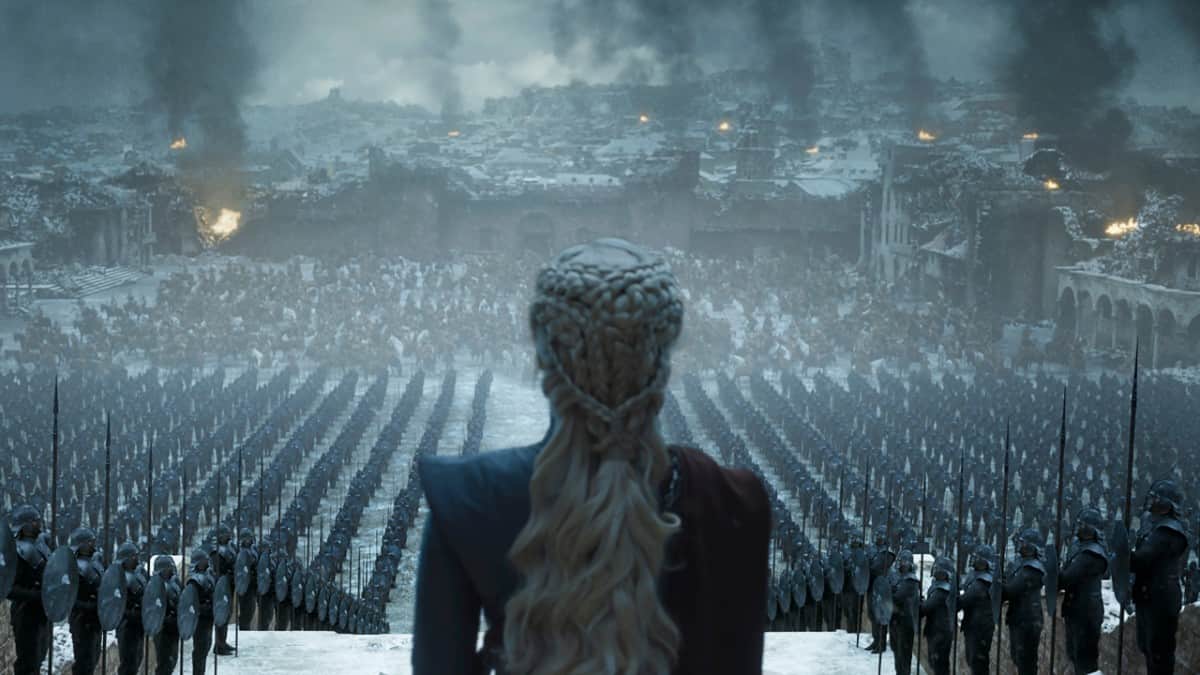 Nominations were released today for the 71st Primetime Emmy Awards. The award show will air on Sunday, September 22nd. Awards shows have been declining in viewership in previous years. In fact, last year’s 70th Primetime Emmy Awards was the least-watched in Emmy history. While fewer people may be watching, that doesn’t mean we can’t root for our favorites to win.

With the upcoming Game of Thrones series finale, this will be the final year for Game of Thrones to be awarded at the Emmys. Surprising nobody, the show broke records with 32 nominations, the most held by any drama series in a single year. It already holds the record for the primetime series with the most Emmy wins, and will likely scoop at least a handful more this time around. But, it’s not all about Game of Thrones. Here is a list of nominees in all of the major categories, along with our thoughts.

Outstanding Lead Actor In A Limited Series Or TV Movie

Jharrel Jerome, “When They See Us”

This is one of those categories where all of the nominees are deserving of a win. I’d love to see Rockwell walk away with it, but my predictions are on Jared Harris for his role in Chernobyl as the deputy director in charge of cleanup efforts after the infamous nuclear plant disaster.

Outstanding Lead Actress In A Limited Series Or TV Movie

Amy Adams was the highlight of Sharp Objects. She killed it at playing the role of a journalist with a dark history, forced to relive it while writing about murders going on in her hometown. However, Patricia Arquette beat Adams at The Golden Globes earlier this year, and I wouldn’t be surprised to see the same fate at the Emmys.

Michael Douglass beat out Bill Hader at The Golden Globes, while nobody else on this list was nominated. This is the first year for Schitt’s Creek to be nominated, so a win for Eugene Levy is a strong possibility. Though, for Ted Danson, this is his 13th nomination for outstanding lead actor in a comedy series (though most come from his work on Cheers). He won for Cheers twice, but some recognition for his amazing work as Michael on The Good Place would give him a third deserving win.

Julia-Louis Dreyfus wins this award almost every year for her role as Selina Meyer on Veep. I don’t think we should expect anything different this year.

Kit Harrington has only been nominated twice for his portrayal of Jon Snow. As it’s his last chance, I’d place my bets on him winning. I would agree that a win for Jason Bateman would be even more deserved, however, as Ozark has exceeded expectations over its first two seasons.

This is going to be a tough category to win. Killing Eve has been sweeping up awards this year, including Sandra Oh’s Golden Globe win. Robin Wright has little chance after all of the drama surrounding the last season of House of Cards as a post-Kevin Spacey series. Emilia Clarke blew us away with her dominance across Game of Thrones, and could easily become the Queen of Awards.

RuPaul’s Drag Race has become a fan favorite and has won 9 Primetime Emmys already. This year could very well put it in the double digits.

I think that its time for Stephen Colbert to walk home with an Emmy after 8 nominations. Each show takes their own spin on the talk-show format, but Colbert manages to show his genuine love of entertainment, and I think a win for him would be very well-deserved.

This one has to go to Chernobyl, doesn’t it? It managed to sneak up to the #1 spot on IMDb’s top rated TV shows.

I was very happy to see Russian Doll earn an Emmy nomination. The story, co-created by Natasha Lyonne, is an intensely personal story that reflects addiction and isolation and took years to create. However, the show doesn’t really feel like “comedy” like the rest on the list do. I’d be happy with any of these shows taking the win.

Yeah. It’s going to go to Game of Thrones.

Emmy Nominations For The Non-Major Categories

The major Emmy nominations are typically all about the actors. The other categories tend to be the ones going to the behind-the-scenes work, like writing and directing categories. They get less attention, but still shine a light on the hard work that goes into each show. These categories also include supporting acting roles, and guest-starring roles. To see a full list, you can visit the Emmys website. Game of Thrones is well represented and has Emmy nominations in almost every category – and for some categories, multiple nominations. And, for Outstanding Supporting Actress in a Drama Series, four out of the six nominations go to the GoT Gals.

If you’re wondering why some of your other favorites aren’t on the list, don’t worry. Major contenders in previous awards shows, like Stranger Things, The Handmaid’s Tale, and The Crown are all ineligible due to the eligibility window of June 1, 2018, through May 31, 2019. Their decision to air seasons outside of this window could easily be so that they don’t have to fight against Game of Thrones, and think that they will have a better shot next year.

Did your favorite make the list of this year’s Emmy nominations? Were you surprised at any of the nominations? One of the biggest snubs of the year was D’Arcy Carden, who didn’t receive a nomination for her role as Janet in The Good Place, despite an episode where she had to play every main character. Were you sad to see another favorite miss out?

History Of Comic Con: How A Comics Hustler, A Part-Time Pornographer, And A Bunch Of Teens Changed Entertainment Forever
Black Superman? The Rock Thinks It’s Time, And He’s Right