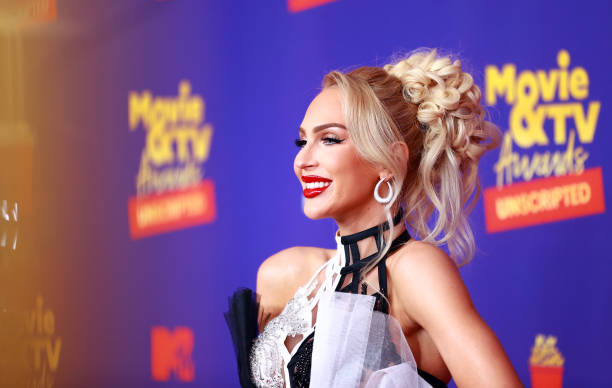 Selling Sunset star Christine Quinn touched on a lot of topics about her time in Selling Sunset during her 65-minute interview with Alex Cooper. And fans finally got to know the answer to one question they have been dying to hear. Who earns the most on the popular Netflix show?

Christine, 33 graced Alex Cooper’s Call Her Daddy podcast and it was quite a revealing interview. She claimed that she is the most paid star on the show.

She talked about the existence of 3 tiers, the highest-paid tier containing herself and the President of the Oppenheim Group, Jason Oppenheim. 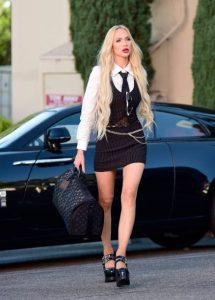 The reality star shared details of her massive fortune, as well as the success of her new firm and confirmed she would feature in season 6 of the show despite no longer being part of the Oppenheim group.

Ranking as one of Netflix’s most popular TV reality shows, Selling Sunset is surely a money-spinner for the realtors of the Oppenheim group.

The show is set in Los Angeles and draws in a massive amount of followership.

Christine was already very successful as a real estate agent even before Selling Sunset came to be. On the other hand, the fortunes of The Oppenheim Group changed when Netflix featured them. That marked the beginning of a beautiful era for them. Their lives and of course, paychecks underwent drastic changes in the aftermath.

The Oppenheim commission now rakes in big numbers, thanks to that. According to Heart UK, Davina Potratz revealed that the commission is split in a 75/25 ratio. This translates to the agent receiving 75 percent, while the broker carts the remaining. Quite fair, right?

According to her, helped by her entertainment attorney, she made her value very clear before signing the contract to join the show. Pay negotiations by her and her entertainment lawyer caused her to be the last member of the cast to sign the dotted papers.

Although she didn’t reveal any exact figures throughout the interview, Christine said 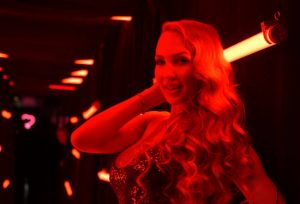 “Everyone should know their worth and I think everyone has to be on the same page. So, when we were filming the show, we were all trying to band together”

“They told us their tiers and I went to the others and told them “guys, if we are gonna do this and get paid the same amount of cash, then we have got to band together”, she added.

“But then a lot of them didn’t have enough patience and so were grouped in a different tier. Everyone has their own lawyer even though most of the cast are represented by one lawyer. With the turn of events, I just had to find my own entertainment attorney”

The infamous villain of Selling Sunset’s has 3.1 million followers and she’s undoubtedly one of the most popular faces on the show.

She had some acting experience with TV series and several movies before going on to become an a highly paid agent of the Oppenheim Group. The author has a book How to be a boss b***h coming out on May 19.

Christine is reportedly worth an estimated $3 million, which has shot up by $1 million in the last four years.

Saints Row 5 (Reboot): All That We Know So Far
Vampire In The Garden Review: Netflix’s New Anime Show Talks About War and Paradise