In order to mark an amazing 75 years of selling their other recognizable products, Bazooka Bubble Gum will release a short documentary film. Read on to find out more about America’s national treasure.

Sharing the throne with Levis Blue Jeans, Coca-Cola and Barbie, Bazooka Bubble Gum is one of the most important items that represent American pop culture. The first pack of their gum was sold back in 1947, just after WWII ended.

Just as the world was putting pieces together and trying to get back on its feet after the war, Bazooka Bubble Gum hit the Brooklyn street shops. Without exaggeration, their candy products such as Juicy Drop Pop, Ring Pop, Push Pop, and several other candy items changed the childhood of many. 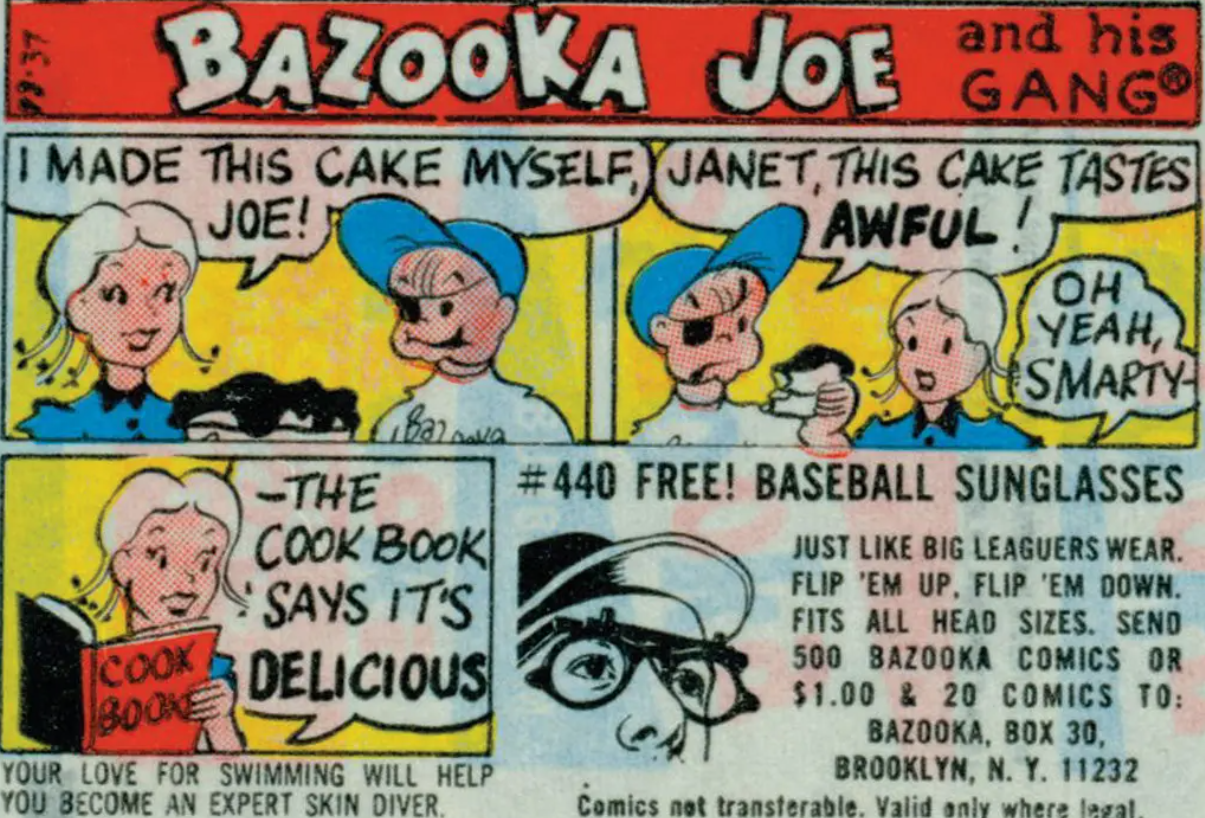 Fun Fact: The original packet sported all the colors of the American flag, giving many children across America their first taste of patriotism and the feeling of ‘home’. The ones who tried it when they were kids will know exactly what feeling I am describing.

As they officially turn 75 years old, the company just released a 16-minute-long documentary. The movie is ‘Bazooka Bubble Gum Turns 75’. The short movie features many untold stories about the Bazooka brand and its way to the top of American pop culture. Apart from the unique flavors they offer in their candy, it is famous for its comic artwork.

Bazooka fans can have a close look at the creation process of Bazooka Joe and other comic characters. Directed by Daniel Brea, and produced by Chris McKee, the short movie is available on Youtube.

Viewers get a chance to reminisce as they watch Bazooka’s owner Michael Eisner talk about the candy legacy. Another very important guest in the short movie is Arthur Shorin, the son of Bazooka’s founder. He also shared his piece of memories. Moreover, he reveals some details about the Bazooka Bubble Gum secret formula!

Have you ever wondered why it is name ‘bazooka’ exactly? Was it because of the comic character Bazooka Joe, or was it maybe even the American weapon? Is it something entirely else? This is another thing that Arthur revealed in the short anniversary documentary, so head on to Youtube to find out.