ASAP Rocky and Rihanna are “Married” in new music video for “D.M.B” 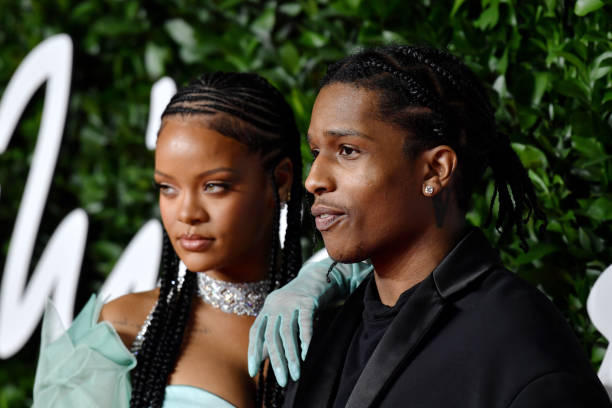 A$AP Rocky and Rihanna are “Married” in a new music video for “D.M.B”, say vows with their Grills 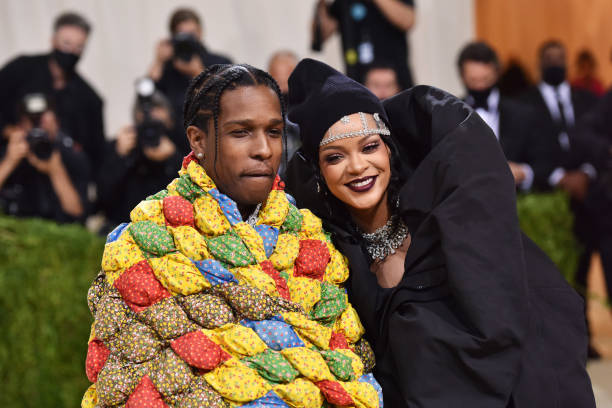 Love is in the air as A$AP Rocky “marries” Rihanna in “D.M.B” music video. The Rapper and fashion designer released the video starring singer and business Mogul Rihanna on Thursday, May 5. In the long-awaited visual, the pair express their love and affection to one another.  They even get “married” towards the end of the video. Rocky proposes to his girlfriend and baby mama with the words “MARRY ME?” on his teeth grills to which she reveals “I DO” on hers, shown in the “D.M.B” video.

The rap music video depicts a “Ghetto love tale”, portraying a couple that loves each other and rises above all odds together despite the challenges they encounter.

In different scenes in the just-released music video, Rihanna is seen meeting up with the fashion designer at the police station following several arrests and releases. It attempts to describe urban hustlers in the Bronx, who are also a ride or die couple.

The pair appear to have a small marriage ceremony in the video. The Fenty Beauty CEO wears a red dress and matching veil and A$AP is rocks a black suit and tie paired with sunglasses. In another scene, the Barbados Native waits outside for her Beau on his release from prison, showing support.

This isn’t the duo’s first music video together. In 2013, the lovebirds starred in Rocky’s “Fashion Killa” . Similarly, there were tons of speculations concerning the state of their relationship. The rapper mentions this in the just-released song where he describes their transition from friends to lovers.

The release of the “D.M.B” music video comes as a full-circle moment to fans of the pair.

Fans will remember the viral photos taken during the filming of the music video last summer. In one, the fashionable couple were spotted sitting on an apartment’s fire escape. Rihanna wore a pink and orange furry coat with denim shorts and bright green platform heels to show off her edgy street style. Rocky wore a white tank top, loose pants, and Timberland boots for a laid-back look. 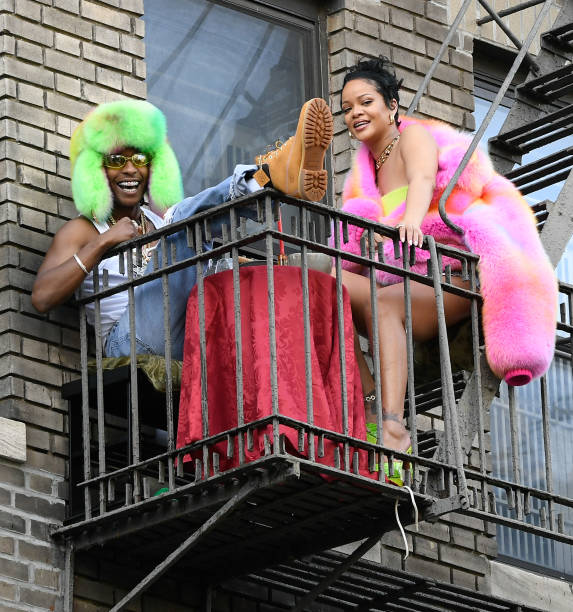 Rihanna looks stunning in the music video with over 5 different Urban/retro fashionable fits shown as she does her thing gracefully in the D.M.B visual. The “ “Diamonds” singer had a statue done in her honour at the Met museum at the met museum a couple of days ago. In a post shared on her Instagram, she said “shut down the met in marble! what’s more gilded than that? Lol! Thank you @metmuseum and @voguemagazine for this historic tribute! y’all bad for this one!”

A$AP Rocky confirmed the couple’s relationship in May 2021 in his June GQ cover story. He said Rihanna is “ the love of my life” and “my lady.” The “Praise the Lord” rapper also said “So much better when you got the One.” The couple announced that they were expecting their first child earlier in the year.

There are Speculations as to the couple’s on-screen marriage as neither of them has confirmed or denied their nuptials.

When comics first appeared during the platinum and golden ages of comics, they were a hit. They were creative, told an engaging story, and featured characters whose stories readers couldn’t get enough of. Names such […]

Gal Gadot, the actress who plays the DC character Wonder Woman, gave an interview to Forbes. In it, she stated about the company, in which she is part of the health food area, and how […]

Under the Banner of Heaven is a new Hulu production categorized as a drama, suspense, mystery, and intrigue story. This one is based on the book and the real events of a criminal case that […]