Since directing Thor: Ragnarok in 2017, Taika Waititi is in the midst of a “moment.” His character, Korg, was a part of Avengers: Endgame, and he’s signed on for the fourth film Thor: Love and Thunder. He released the stunning film Jojo Rabbit, a darling at the Golden Globes and Oscar nominations. He also ended up as a crucial part of another big cultural touchstone in 2019: Disney+’s The Mandalorian. Not only did he direct the finale of the live-action Star Wars series, but he voiced the character IG-11. With Star Wars: The Rise of Skywalker now complete and soon to leave theaters, The Mandalorian is the only new Star Wars we get until 2022. However, thanks to his work on the series, it seems that Taika Waititi is in talks with Lucasfilm to possibly direct a Star Wars movie.

We don’t know much about what’s next for Star Wars. Shortly after the new year, Lucasfilm president Kathleen Kennedy revealed future projects did have directors and writers attached. She kept quiet about the details. Though she did mention they will visit the High Republic era (at least 1,000 years before the events of the Skywalker Saga). Given how broken and crazy the Star Wars fandom is right now, keeping those details under wraps is probably a good idea. However, the news of talks between Lucasfilm and Taika Waititi for a future Star Wars movie is a surprise to be sure, but a welcome one. 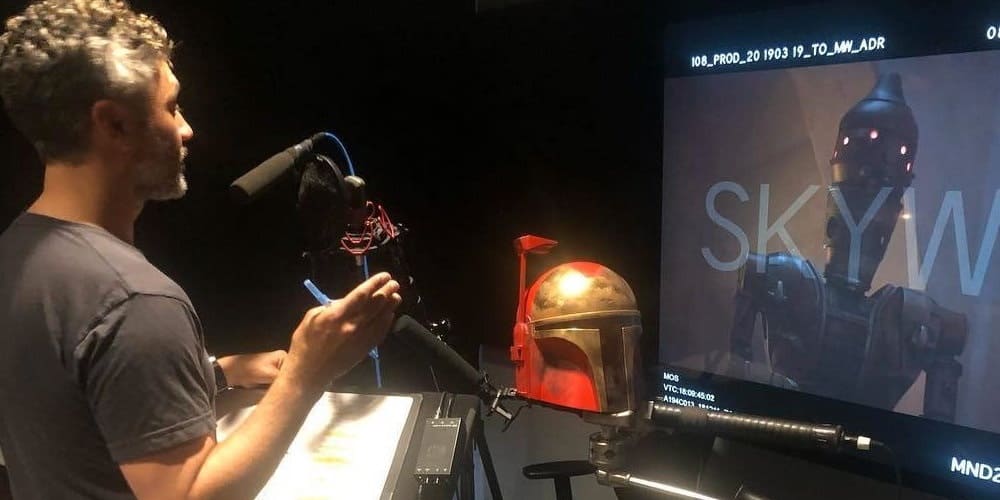 The sequel trilogy of Star Wars movies was eagerly anticipated, and then (in true modern Star Wars fashion) the source of major controversy. Fans are so precious with the legacy characters, especially Luke Skywalker, that almost nothing any filmmaker could’ve done would satisfy them. Yet, with The Mandalorian on Disney+, they found something that almost all Star Wars fans can enjoy. It also became something like a training ground for future Star Wars talent. Longtime Lucasfilm storyteller Dave Filoni directed live-action for the first time. Deborah Chow directed an episode, only to end up in charge of all six episodes of the upcoming Obi-Wan Kenobi series. They have a wellspring of talent behind the cameras for this series, and they could be the future of the Star Wars franchise.

Which is why they want to elevate that talent. Thus, it makes sense that Taika Waititi is currently in talks to, at least, direct a Star Wars movie, according to The Hollywood Reporter. It’s unclear if this is the Star Wars movie Kevin Feige will produce alongside Kathleen Kennedy. Yet, Waititi has proven he’s capable of handling big-budget films like Ragnarok and possesses a keen eye for direction. In fact, because of the moment he’s having in Hollywood, Waititi seems almost immune from criticism. That’s the sort of thing that both executives and fans yearn for.

What do you think? Are you excited that Taika Waititi is in talks to direct a future Star Wars movie? Where do you think the franchise should go in the future? Share your thoughts in the comments below.