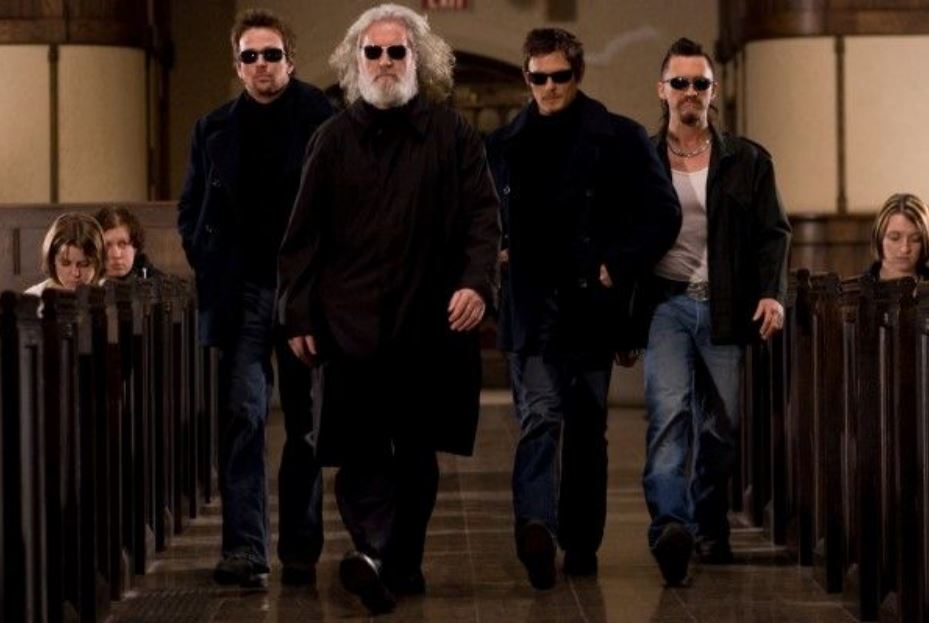 The original Boondock Saints was a vigilante movie at a time when that wasn’t as of a beaten-down subgenre as it is today. When the movie was released in 1999 there weren’t as many superhero movies. So the concept of everyday vigilantism wasn’t as of a household staple as it is today. So writer-director Troy Duffy capitalized with a story that romanticized the elaborate executions of the criminal and dastardly, through two good-looking young men. Oh, throw in some religious imagery and some bonkers action sequences, and the movie was a sleeper hit. But now we’ve got confirmation of The Boondocks Saints 3 finally happening, and it causes us to rejoice. Somewhat.

Boondocks Saints Was And What It Became

The original movie did a few things right. Namely, the talented leading men that went on to do great things after. Well, partially. The movie was about two fraternal twin brothers played by Sean Patrick Flanery and Norman Reedus. A pre-The Walking Dead Norman Reedus. An accidental encounter saw the brother kill some members of the Boston mafia. Getting a taste for it, the brothers, somehow, embark on the cleansing of the criminal element from their city, in outrageously choreographed action sequences.

On the other side of things, Willem Dafoe, the biggest name in the cast, played the cop assigned to hunt down the killers. And it’s Willem Dafoe, unchained. The storytelling approach saw the two men enter a scene, followed by cutting to a bloody aftermath. Defoe’s character then shows up on the crime scene and recreates it through— forensics— I guess. During this, we see flashbacks of the two men murdering the hell out of everyone. It was a cool and very stylish way of doing things.

Unfortunately, The Boondocks Saints didn’t really resonate with audiences and it was a box office failure. It wasn’t until it found a second life on home video, where the movie became a cult hit. Fans clamoured for a sequel, which finally came in 2009. However, it suffered from the usual thing that sequels do wrong. The first Boondock Saints were a low-budget indie movie, while the second was a bloated mess that took liberties, taking it away from the spirit of the original. It was a disaster. But now, with The Boondocks Saints 3 confirmed, let’s hope that they don’t make the same mistakes again.

The Boondocks Saints 3 Officially A Go

After more than a decade since the last instalment, The Boondocks Saints 3 is moving forward with the original crew. Writer-Director Troy Duffy will return to direct Flanery and Reedus. He apparently also wrote the script with Flanery, with heavy input from Reedus. It’s going to be interesting to see what this version of the story is going to do with these characters. Like I mentioned earlier, a vigilante story in 1999, at the level of grim and street-level that The Boondocks Saints was, was interesting and innovative. Since then though, we’ve got so many other iterations of the similar concepts from Kick-Ass to The CW’s Arrow, that I’m trying to understand how The Boondocks Saints fit into this new world.

A lot of things, even in the original Boondock Saints, have not aged well. So I’m curious to see what new things the Saints will be up to in the second sequel. Not to mention the fact that the gun-porn featured in the first film absolutely does not age well. Because, while other gun-movies like John Wick is very action-thriller about assassins, The Boondock Saints is a different beast. The tone is very gratuitously violent and very much showcases everyday people killing with guns. With the current state of the gun-control debate, both in American society and Hollywood right now, it’ll be interesting to see how or what this franchise has to do to stay relevant.

No word yet on when The Boondock Saints 3 will begin production.

Are you hyped to see another instalment of Boondocks Saints 3? Let us know in the comments below.

A Guide to Getting Back into Pokémon Cards as an Adult
Review: Arcane’s Premiere Is A Visually Gorgeous Anime With A Story That Hooks You In From The Jump