Best Gaming Controllers of All Time 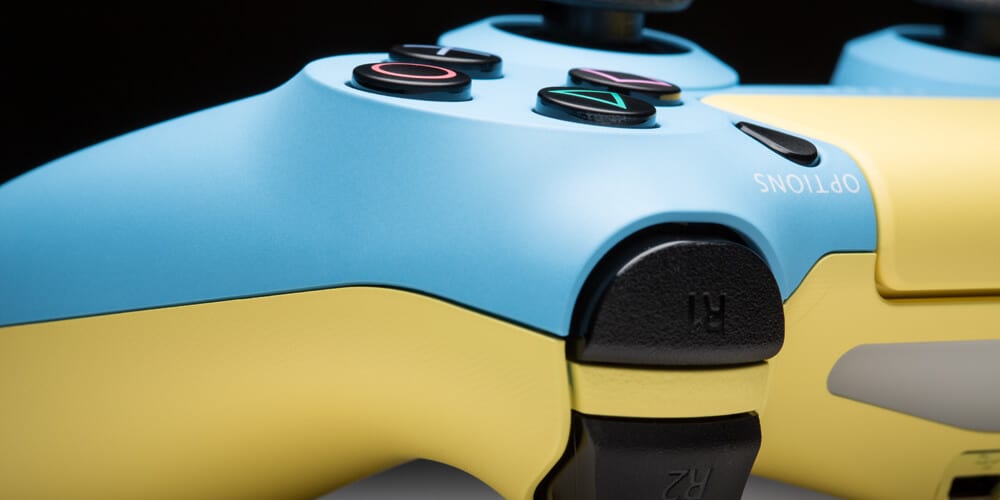 You know how there are certain lists people say shouldn’t be done? This might be one of them. It’s incredibly hard to compare video game controllers. Trying to compile the best gaming controllers of all time seems like a lost cause. People will disagree with every step of the way, but guess what? Conversations about this stuff are my favorite thing. I love getting heated about the best Mario Kart map, or even the best shovel-ware on the Xbox 360. This is a topic you yell about with your friends over a beer or dinner, so why not do it here? Once you read through the list, give me your thoughts in the comments. Make your own list, even! No matter what, here goes nothing. This is my take on the best gaming controllers of all time. 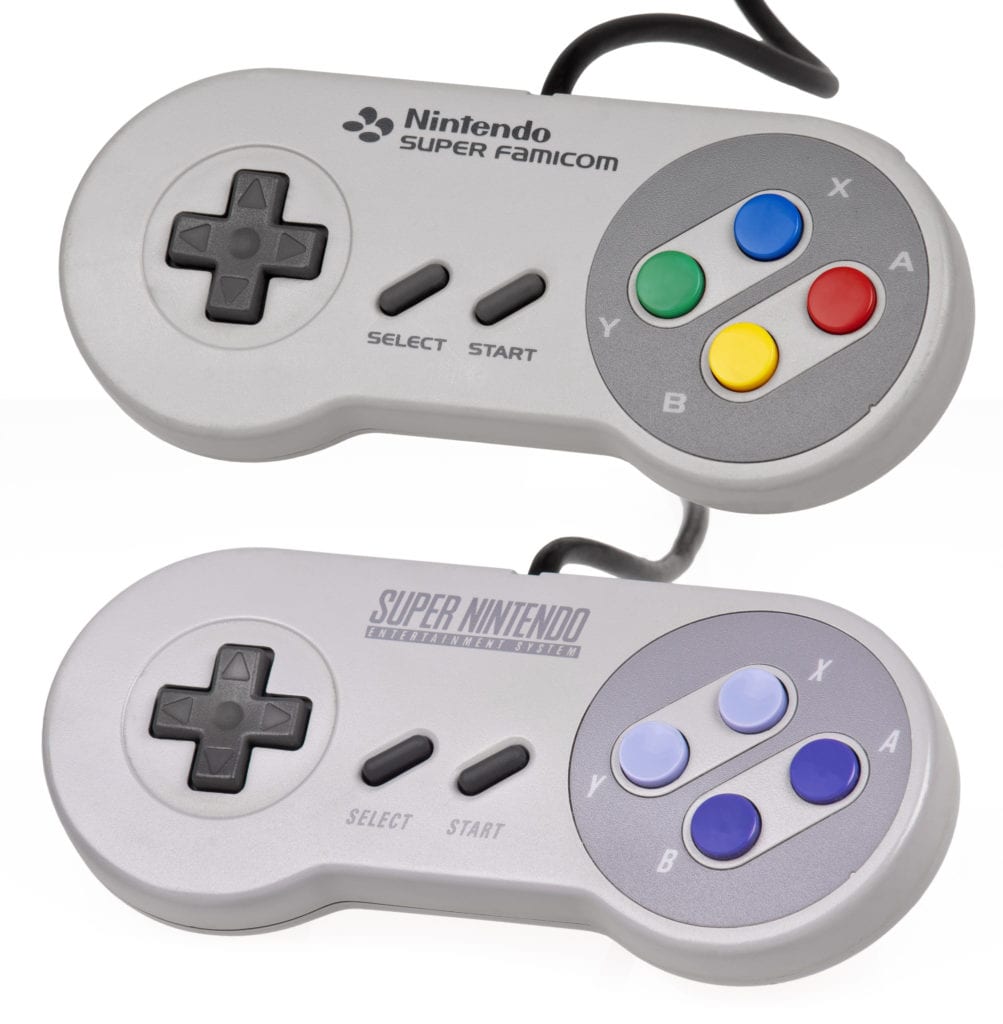 A bit of context goes into the first entry in the list. The NES is a great console, but it’s not a complicated controller setup. Neither is the SNES controller, but the addition of an ‘X’ and ‘Y’ button made the gaming possibilities nearly double. The addition of shoulder buttons also made the controller much more ergonomic. If you’ve never played with a NES controller, then you don’t know how uncomfortable it was. To be fair, gaming was so new then, it didn’t necessarily think about things like comfort. The focus at that point was the fact that you could now play video games at home. The North American version featured a lavender and gray color-way, but the Japanese version was amazing with red, blue, yellow, and green buttons.

The console’s best games were possible because of the controller. Link to the Past is able to feature multiple item inputs thanks to the extra buttons. Likewise, games like Super Metroid and Star Fox took things to the next level with more options than ever. The controller mirrored an arcade in its options for playing, and best of all, it felt much better in your hand.

The SNES is a great console, and visually, it did amazing things for the technology at the time. Not to mention, the Playstation, Dreamcast, Xbox, and Wii Classic Controller all used elements of the SNES controller in their design. If the saying is true, imitation is the sincerest form of flattery. Now that you can get a wireless SNES controller with the Nintendo Switch Online service, it might be time to see what the fuss is about. Although, you can’t beat the real thing. 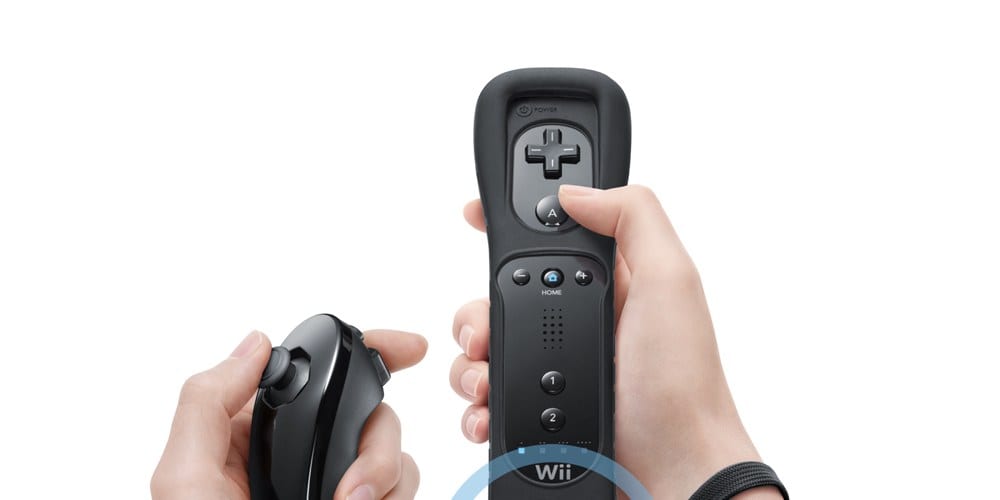 I had hoped to not follow up a Nintendo controller with another Nintendo controller, but it fell the way it did. The Wii revolutionized gaming in a way unseen before. Plus, people who never thought of themselves as “gamers” were now playing games! It’s all thanks to a controller that’s simple to use but dynamic enough to fit into a number of scenarios.

The motion controls were as smooth as motion controls could be at the time, and they hold up quite well. Plus, you had the option to play vertically and horizontally. This made things like Mario Kart feel just as natural as Wii Sports Resort. The best part was that you could use them as traditional controllers as well. Playing Super Smash Bros. Brawl on a Wiimote didn’t feel amazing, but it got the job done.

Okay, do we really have to talk about why? Name another controller with the reach and depth a Wiimote has! The thing could work as a tennis racket, steering wheel, and sword all in one. Plus, the input of the actual buttons felt nice as well, harkening back to the NES and SNES days. The best part is that Wii U owners could use the controllers as well (read our post here to see more Wii U history). The Wiimote isn’t like other controllers, and we should be grateful Nintendo took such a risk.

Considering the Xbox 360’s rein on gaming, it’s hard not to list the Xbox controller up there in the best gaming controllers of all time. That being said, the Elite controller, introduced in 2015, is out of this world. The controller is steel inside, and covered in a soft-plastic exterior. With interchangeable rear paddle buttons, amazing analog sticks sn for better accuracy, and a d-pad built into a disk design, it’s probably the best controller you can play with today. Unfortunately, it’s also super expensive, and somewhat limiting since it doesn’t come with the console you can use it on. That’s why it sits where it sits on the list.

A Series 2 is coming now as well, and preorders for one of the best gaming controllers are available for a November 4th release this year.

In terms of living up to its name, this controller is truly elite. The Xbox design is wonderful, especially for someone with bigger hands. The extra cost associated with the Elite controller is worth every penny, but not everyone can afford it. Rightfully so, if you have $180, you might not want to spend it on a controller. Nevertheless, it’s a great experience playing a first person shooter with this thing. Or a sports game. Or literally anything. The Elite controller even makes the Xbox One’s lack of exclusives seem fun. 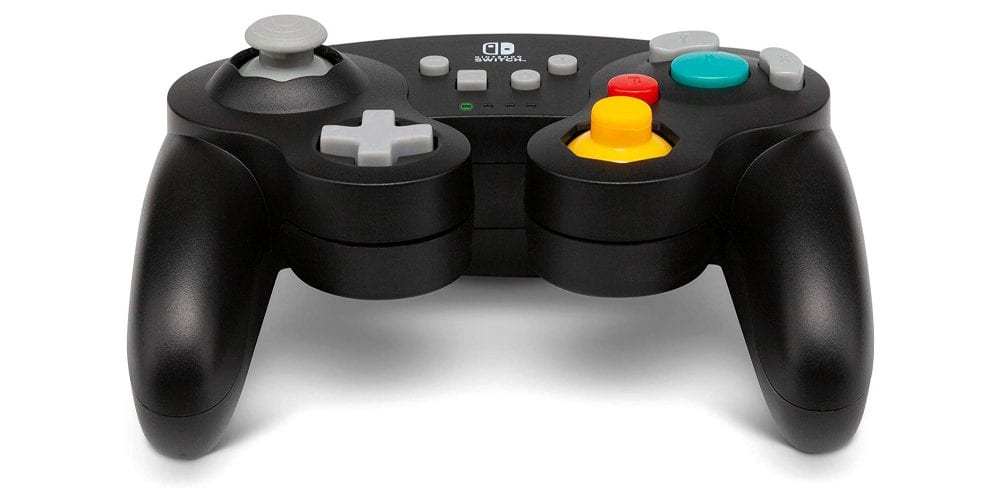 It’s hard to compare controllers sometimes, given their similarities. When it comes to the Gamecube controller, there’s no comparing. The wing grip design of the controller is still a favorite of Smash players. People love it so much, Nintendo started producing more when the Wii U released. Originally connected to the console via a 2m cable, the Gamecube controller featured a variety of great features.

Haptic feedback provided a built in rumble, not unlike the Nintendo 64’s rumble pack. It’s quite comparable to Rumble HD, featured in the Switch’s Joy-Cons. With everything you need for a great experience built-in, the controller felt fantastic while playing. The controller had six buttons, two analog sticks, two hybrid analog triggers, and a d-pad. Yeah, it was a bit crowded, but it worked. The primary analog felt very responsive, and the smaller C-Stick served as a great smaller option for camera management and other features.

A large ‘A’ button and smaller ‘B’ button are right next to bean shaped ‘X’ and ‘Y’ buttons. Simple start and select buttons frame the middle of the controller. The ‘L’ and ‘R’ triggers are analog and digital, allowing for sensitive touch elements that let you lightly touch for one input, and roughly input for another input. The small digital ‘Z’ button sits above the ‘R’ trigger.

Between the sensitivity of the triggers and the shape of the controller, it’s almost made for long term gaming. In a highly competitive title like Super Smash Bros., the design almost feels meant for long sessions of button mashing and quick movements. To this day, wireless Gamecube controllers are something I love to game with on a PC, as well as the Switch. 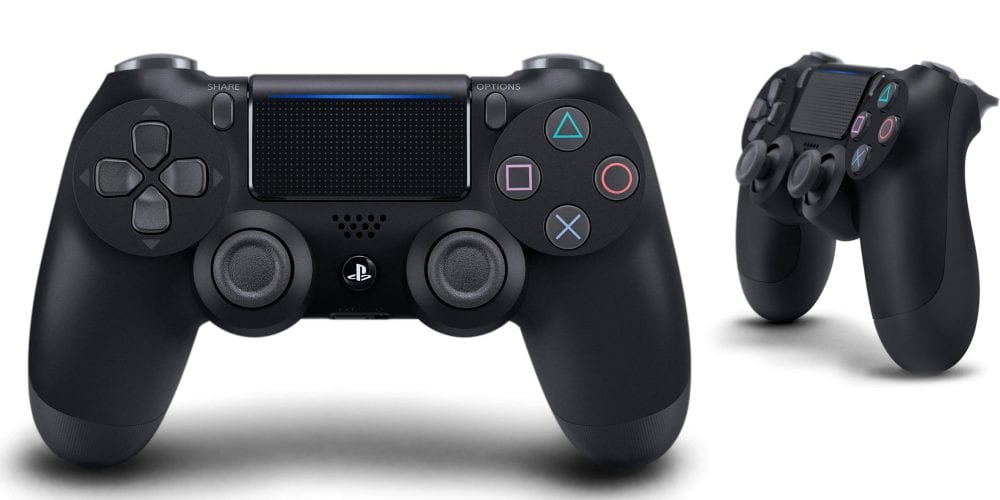 It’s tough to choose a single Dualshock to talk about here. The controllers each Playstation generation have only improved, but all played a vital role in the process. The design initially got its name for the dual vibration motors in the controller. Housed in the handles of the remote, the experience of playing a Playstation game with the intense vibration in-game makes the experience quite incredible. Unlike the rumble in Nintendo controllers, two motors make the vibration much more electric.

The Dualshock 4 features a two-point capacitive touch pad in the middle, which can be clicked as well. The motion detection built into a three axis gyroscope also allows for motion controls to an extent. It’s simple, the Dualshock fits the hand very well, and does a wonderful job of playing to the aesthetics of gaming. The light bar added in the fourth iteration made a big difference as well. With changing colors built into the controller, you feel more connected to the game itself. Not to mention, the analog sticks are the best in the business on the Dualshock controllers.

Pick a Playstation, and it had a great controller. You can’t say that about every gaming console (looking at you, OG Xbox and clunky Wii U gamepad.) Not to mention, the lack of major changes shows how Playstation and Sony know they got it right. It’s an odd confidence that you love to see, especially given the familiarity built over the years.

How Will The Joker Controversy Affect The Box Office, Compared To Other Controversial Films
NYCC Comic News Roundup: X-Men, DC, and Valiant