The Walking Dead is No Longer Undead. - Comic Years

Home » COMICS » The Walking Dead is No Longer Undead.

The Walking Dead is No Longer Undead. 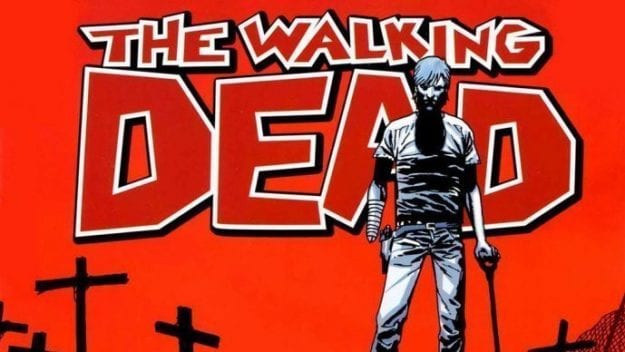 It had to happen eventually. One of the longest running comics in the industry, Robert Kirkman’s The Walking Dead is ending. And no, it’s not ending in the next couple of months. He didn’t announce a final storyline. It’s ending tomorrow. The king of zombie comics is over. As Bleeding Cool reports, the 71-page The Walking Dead #193 will be the final issue.

The Walking Dead also boosted indie comics altogether, not just the Zombie variety. For the last 15 years, the series acted as the flagship of Image Comics (even though it’s all separate independent titles). While indie comics were selling already, Walking Dead was like a shot of steroids to the industry.

Robert Kirkman created several fan-loved characters throughout The Walking Dead’s long run. Maybe the most important, even if he isn’t the most popular, is Rick Grimes, the main character. Walking Dead wouldn’t have lasted for nearly 200 issues if people didn’t want to follow the saga of Grimes.

But the character fans really loved most? Michonne, the katana-wielding badass with two Zombies on leashes she uses as cover. Grimes was a likable protagonist—Michonne was an icon. And as a strong, black, female, zombie-killing warrior? She’s a role model too. She’s like the Storm of the Zombie genre.

Let’s not forget the villains, though. No, not The Walking Dead’s walking dead. The insidious humans who use the zombie apocalypse to become tyrannical rulers of small survival outposts. And the most popular of them all? Negan, the psychotic leader of the Saviors. His weapon of choice? A baseball bat wrapped in barbed wire. So yeah, pretty awesome and terrifying.

The comic’s popularity prompted AMC to produce the equally fan-favorite television series. Unlike Game of Thrones, the television series never tried to stick too closely to the source material. This helped in two ways. One, they could take more creative liberties with the stories and characters. Two, they never had to worry about catching up to the comics and having to figure out where to go from there. The show had its ups and downs, but it was also such a hit that AMC gave it a spinoff, Fear the Walking Dead, which provided something the core series severely lacked: diversity. Well, …it didn’t have the problem of repeatedly killing black male character after black male character. That got kind of awkward.

And recently, AMC announced that there will be a third series. So, if you miss the comics, you’ll have plenty of zombies on tv.

What’s Next for the Zombie King?

Robert Kirkman might be ending his most popular comic, but what can we expect from him next? Well, he still has Oblivion Song going (and, honestly, it’s a superior title to the Walking Dead). Universal Studios and Skybound Entertainment already bought the film rights to it too. Aside from that, well…there was that little announcement today that Kirkman’s other infamous zombie title is returning. That’s right. Marvel Zombies are back!

What’s Behind The Batwoman Trailer Backlash?
Mine to Avenge: A Great Indie Comic in the Making (Interview with Robert Jeffrey II!)