If you’re a fan of the TV series The Expanse, then we’ve got some good news for you. Previously, Syfy aired the show’s first three seasons before canceling it. Soon after, Amazon Prime picked it up for another three seasons. However, they, unfortunately, canceled it as well, leaving the show on season 6 with plenty of unanswered questions. Now, BOOM! Studios revealed that they’re releasing a limited comic series that will act as The Expanse sequel. Apparently, it will tie up loose ends and give fans more closure to the show.

The comic series is titled The Expanse: The Dragon Tooth and will run for 12 issues. Additionally, IGN revealed that Andy Diggle wrote the series while Rubine created the art. Previously, Andy Diggle wrote Arrow: Year One, while Rubin drew Voltron: Legendary Defender. But that’s not all! Christian Ward will create the main covers, while Jung-Geun Yoon, Salvador Larroca, and E.M. Gist will do the variant covers. Christian Ward worked on Black Bolt, Salvador Larroca worked on Doctor Doom, and E.M. Gist worked on Star Wars.

Currently, we know The Expanse sequel comic series will occur after season 6. Naturally, we can expect the series to answer plenty of questions left in the show. Additionally, we’ll also learn about what happened to the beloved characters from the show. If you’re a fan of the book series, you won’t miss out. Apparently, the comic series occurs during the time gap between Babylon’s Ashes and Persepolis Rising. These two were the sixth and seventh books of the series, respectively. 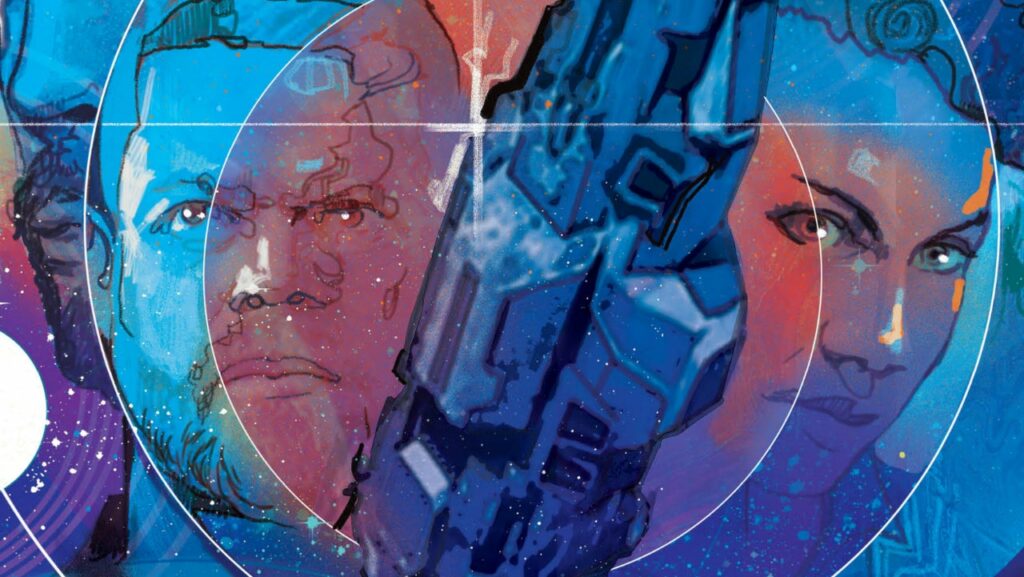 In a recent press release, writer Andy Diggle spoke about The Expanse sequel comics. Here’s what he said:

“It’s not often you get to work on something you already love with your whole heart, and everyone who knows me knows how passionate I am about The Expanse. Suit up and strap in — we’re gonna be pulling some high-g maneuvers!”

Clearly, he’s very excited about the comics – and so are we! Additionally, artist Rubine shared their thoughts on the series:

“It is a real honor for me to participate in this project. The Expanse is a spectacular sci-fi story, authentic, and superbly done. But it is also an existential portrait of the course of humanity. How, unfortunately, we constantly repeat the same mistakes of the past. And how only by getting rid of grudges and prejudices can we forge ahead as a society

With what’s happening nowadays, it’s an important message to get across. I hope you enjoy this comic as much as Andy and I are enjoying working on it. Andy has prepared a brilliant story faithful to the series, full of plot twists, intrigue, humanity, and a lot of heart. Travel with us in the Rocinante!”

So, it’s nice to see many enthusiastic people working on The Expanse sequel series. It gives us a lot of hope for it!

The series will release in April 2023.

However, this isn’t the only piece of expanded content for The Expanse franchise. In fact, Telltale Games and Deck Nine will be working together. They will create The Expanse: The Telltale Series, an adventure game. However, unlike The Expanse sequel comics, it’ll be a prequel instead of a sequel to the TV series. The official synopsis for the game is:

In the near future on the outskirts of the asteroid belt, a bloody mutiny breaks loose on the Artemis. You take the role of XO Camina Drummer, where your choices determine the fate of the ship. What will you do with the truth, Bosmang?

Clearly, even though the TV show is dead, it’s not the end for the franchise!

Who Is the High Evolutionary, The Mad Geneticist Of Marvel Comics?
LOTR Online 2023 Plans Revealed Including DLC