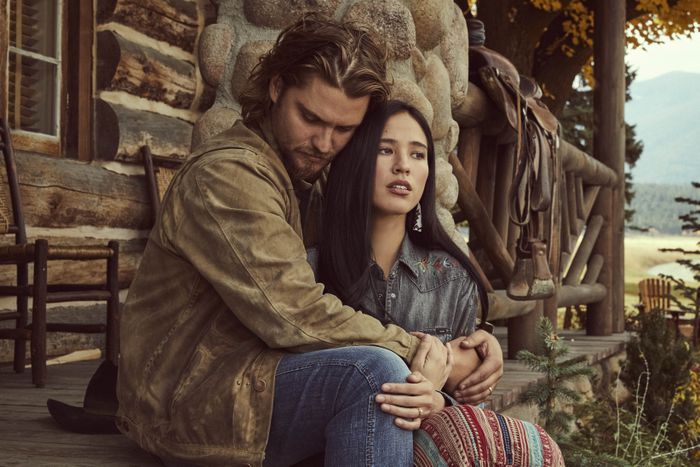 After months of waiting on the edge, ‘Yellowstone’ fans can finally resume watching their favorite show. This weekend, episodes one and two were released on Paramount Network, giving us a sneak peek at the ‘Yellowstone’ season 5 plot. As we patiently wait for the next episodes, let’s review episodes 1 & 2 now.

If you’re the type of person who googles historical events in their free time, this is definitely a show for you. It focuses on events that are happening on the Dutton farm during the Western Expansion.

As for the cast, the head of the family John Dutton is portrayed by Kevin Costner, and he plays a crucial role alongside actors Ian Bohen, Wes Bentley, Denim Richards, Luke Grimes, and Will Patton. A couple of months ago, Paramount confirmed that Season 5 will have 2 parts, each consisting of 7 episodes. With the fourth season ending with the Duttons being targeted by a group of assassins, ‘Yellowstone’ season 5 plot continues down this storyline. Please note: We will heavily discuss season 5 spoilers from now on.

Despite the show starting on a happy note for the Duttons, they are about to embark on a rocky ride. The first thing they find out is that Garreth Randall (Jamie’s biological father) was behind the attack on the Duttons.

Jamie, who is the black sheep in the Dutton family, comes up with a plan to murder his father. Well, to be honest, the idea was all Beth’s, as her hatred is fueling. Towards the end of season 4, Jamie shot his dad, and season 5 briefly flashes back to this scene.

Another important storyline explored in episode 1 of ‘Yellowstone’ season 5 is Monica’s labor. Monica, along Tate, enters the truck and hopes to make it to the hospital in time. Spoiler alert: Just like always when someone is driving under a lot of stress, Monica ends up having a terrible car crash. Unfortunately, she does lose her baby. This horrid scene leads to some of the most emotional moments in the entire series. The Duttons put aside the family feuds and mourn together.

This time around, the show reflects on the long journey between Kayce and Monica, who ultimately end up losing their baby. Once again, Monica is the voice of reason in this relationship. Kayce has obvious problems with being a father, as well as a husband.

The performance of these two actors is the spotlight of the first two episodes of ‘Yellowstone’ so far. After the tragedy of losing a baby, the show tries to balance out the good and the bad. The Duttons also have a reason to celebrate (John’s political victory).

As episode two of season 5 wrapped, ‘Yellowstone’ season 5 plot resembles the previous seasons. Namely, first-time watchers might read this text and think these are basically filler episodes. However, true fans know how crucial character development is for this show.

We will continue reviewing and explaining the upcoming episodes that revolve around the Dutton family. What is going to happen to Kayce and Monica? Will their loss be the final nail in the coffin for the two of them?