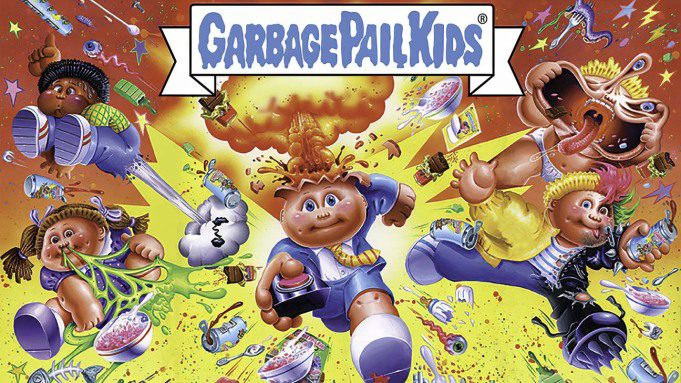 A lot of weird, amazing stuff came out of the 80s. Shoulder pads, homoerotic animated Mattel toys, Knight Rider, tons of good stuff. Sauntering down the line between good and awful was the unique phenomena of the Garbage Pail Kids. Part sticker, part myth, the history of the Garbage Pail Kids is a pun-filled reaction to another popular toy of the time, but they quickly grew beyond that because the market for cursed iconography was largely untapped until the Furby came out in 1998. With the HBO Garbage Pail Kids series on the horizon, it is time to look back in time and answer the question: who are the Garbage Pail Kids?

Who Are The Garbage Pail Kids?

In 1982, Coleco Industries industries took a brave stance and said to the world: “kids are cuter when they’re plants,” and thus the Cabbage Patch Kids were born. Disgustingly cute, the lore of these plastic and fabric children was that each grew in, surprising fact incoming, a cabbage patch. The children grew in cabbage, and each was supposedly unique, came with a birth certificate, and were very hard to find during Christmas of 1983 despite no scarcity of other leafy greens being reported at the time. These toys were marketed toward young girls primarily, and imagery associated with them was about what you’d find in modern day baby-toy commercials, except the babies grew in cabbage.

In reaction to the success of Cabbage Patch Kids, cartoonists Art Spiegelman and Mark Newgarden worked together with manager Len Brown and artist John Pound to create the first round of Garbage Pail Kids. If any of those names sound familiar, Art Spiegelman is the creator of Maus, the Holocaust story as told through mice, and Len Brown was one of the creators of the Mars Attacks cards, which has art you’ve definitely seen even if you don’t know it. 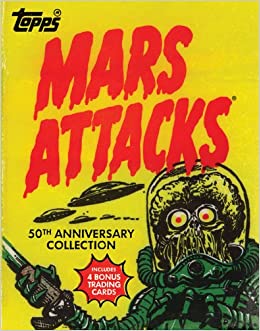 But that’s just who made them. The Kids themselves are much more than the people who made them. To summarize a huge library of cards, spinoffs, and the single most cursed movie to ever reach a screen, GPKare the fusion of gross children and puns. Cards would feature cartoonish art, usually a child-like figure with some kind of malady, and below their grim façade there’d be a name that was usually some kind of wordplay. The first series had cards like “Up Chuck,” which had a child barfing on it. Or Busted Bob, who was some kind of awful doll with all his limbs torn off. Or, my favorite, Adam Bomb, which had the iconic art of a kid sitting on the ground in a suit and tie with a mushroom cloud ripping out of the top of his head. It was a fun satire that was meant to make fun of something overly cute by sprinting in the opposite direction, but then, like young Adam bomb, the cards blew up.

The History of The Garbage Pail Kids

There is a fundamental truth that anyone who has ever opened a pack of trading cards knows the second they bust open that foil and smell the cardboard addiction within: collecting stuff is fun. And not long after they came out, there were a lot of cards to collect. Every card art came with two name variants, so already that’s two of every card you need. Then there were the rare cards, or the ones that became rare as time went on. The original run cards had 15 series, over 1,200 cards. That’s not even counting the variations. The first set came out in 1985, the 15th in 1988. Pokémon could never.

Like Pokemon, GPK cards were largely banned in schools. If you’ve ever seen a child cry about trading their favorite Tangela for an Arcanine on the playground, you can only imagine the hysterics when little Timmy gets a vision of the future and realizes the Nasty Nick first printing he just traded will be worth $7,500 in 40 years. As of 2006, they are also banned in Mexico. Getting back into Pokémon is easy, but GPK has actually geography it’s not allowed to touch. Word still out if the HBO Garbage Pail Kids will air in Mexico. 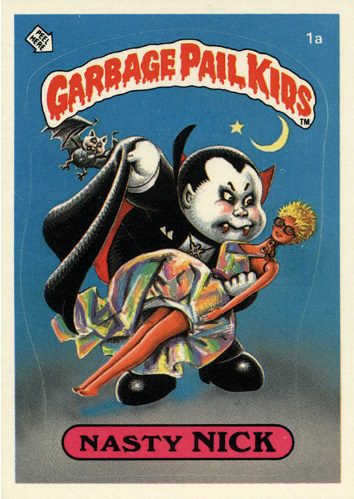 With their massive commercial success, naturally there’d be movie and television deals. An animated series based on the GPK was created in 1987, but it was never released in the United States due to widespread complaints from parents. The viscerally negative reaction to on-screen Garbage Pail Kids did not end there though.

In 1987, Topps partnered with the Atlantic Entertainment Group to create The Garbage Pail Kids Movie. This live-action movie made it to theaters, and you truly need to watch it to understand just how lucky we are to have the movies we do now. The GPK movie was, and remains, unique in just how rough it is to look upon. Instead of using makeup to create the warped and deliberately gross features of these awful children, they had these huge, bulbous fake heads that tried way too hard to look like the cards themselves. Except you can’t have live-action bodies with cartoonish heads, which is why this is one of the most unsettling movies you’ll ever watch, even in the cold light of day nearly 4 decades later. Words can’t do it justice. Here’s a clip. Show it to your friends, even if they don’t know who the Garbage Pail Kids are.

The Fall of a Trading Card Titan

The GPK movie was an albatross that Greaser Greg took down with a switchblade behind a movie theater.  The movie was a critical failure, and the audience hated it too. As of 2021, it has a 27% audience score on Rotten Tomatoes, and this is one of those times where they’re definitely right. It is not a good film. It was a sign of the end for GPK. Sales faltered as interest in gross children waned. Once a hot ticket Christmas gift, 1988 kids were all about Koosh Balls and that newfangled Nintendo gizmo. 1990 would be the first year without a planned set of GPK cards in 5 years. The series was done.

Until 2003 when the “All New” series came out with 80 new cards! The All-New cards would continue until 2007. These cards had foil art, Scratch ‘n Stink cards, foil reprintings of the originals, and they were on fancy 2003 paper which was glossy and didn’t routinely run out of different colors of ink. 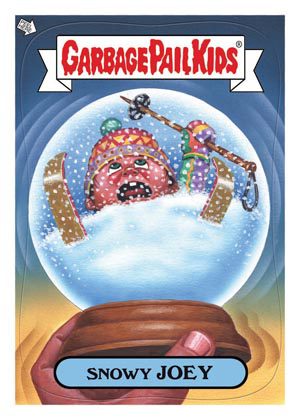 The All New cards brought interest back to the series. After 7 All New rounds of cards, they switched to the Flashback series, high quality reprintings of the first 8 card series. Then the Brand New Series which added around 280 new cards. Then the Chrome series, which was the first that had cards only instead of stickers. The series just kept going. GPK are like Optimus Prime. Every time it seems like they’re about to die, they pull through at the last minute and then you got em for another 20 years. 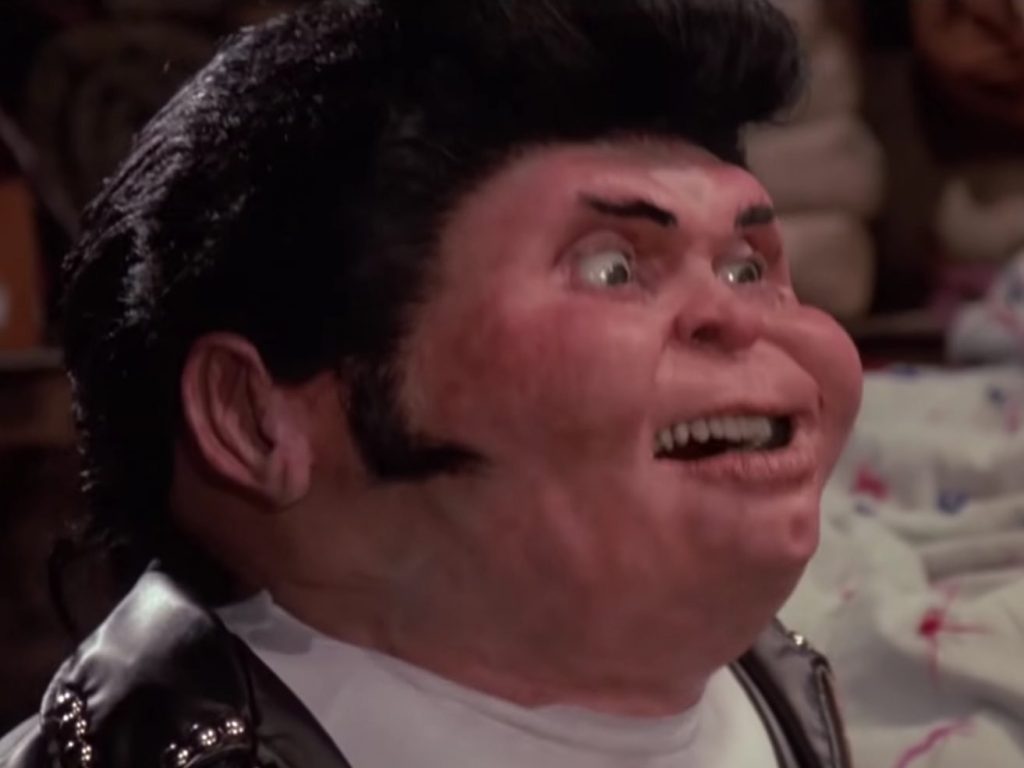 Who Are The New Garbage Pail Kids?

The future is in flux for GPK. Something is about to happen that has happened twice before, and never with success. We may not be the generations that get interstellar flight or the generation that got to circumnavigate the globe for the first time. But we are the people who get to see an animated HBO The Garbage Pail Kids series, and this time it has to be good, right? Right? 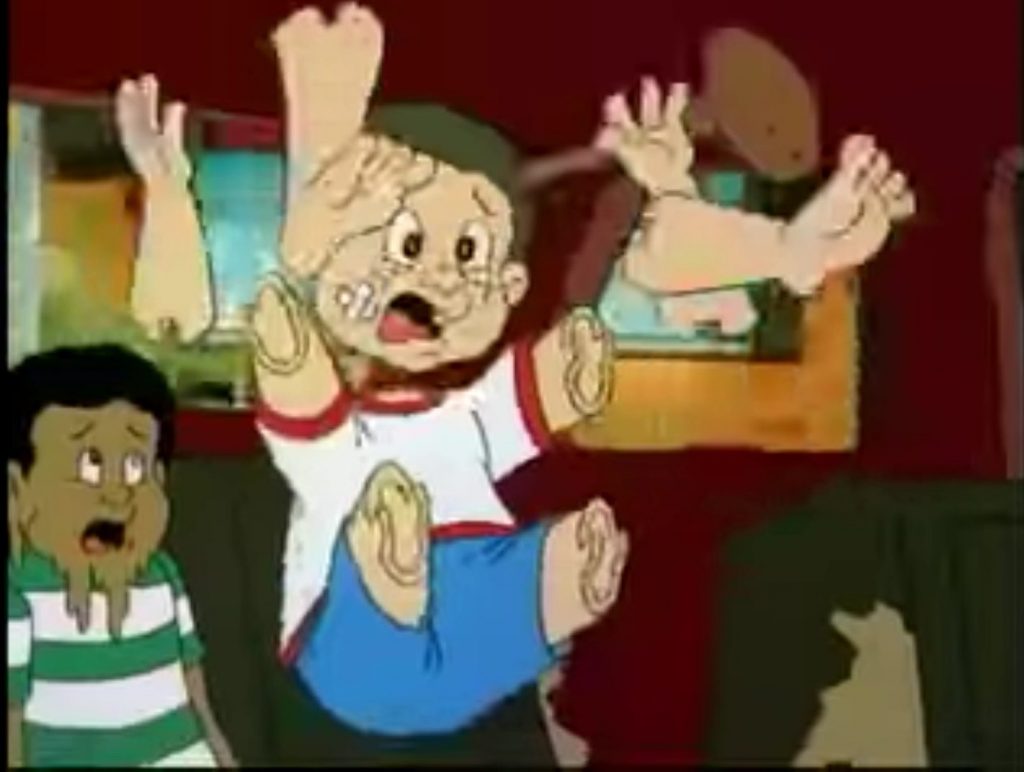 The HBO Garbage Pail Kids series is supposedly going to be family friendly and suited for audiences of all ages. For a series that had its last animated series canceled before it even aired, that’s a bold promise. The series is being developed by Danny McBride and Gordon Green of Rough House Pictures, and Josh Bycel of Solar Opposites. There’s not much other information out on the series yet, but it is the future of The Garbage Pail Kids after a long history, and it’s in the hands of people who loved the cards as kids, so maybe this time it’ll go well. Either way, these horrible children born as the antithesis to lettuce babies will live on long after all of us.

If you want to know even more about the history of The Garbage Pail Kids you can still find cards, the movie, or there’s even books by Goosebumps author R.L. Stine!

Tell us about your favorite GPK memories, art, or rare finds in the comments!