A Guide To The World of Wheel of Time: Who Are The Ta'veren?

Home » TV Shows » A Guide To The World of Wheel of Time: Who Or What Are The Ta’veren?

A Guide To The World of Wheel of Time: Who Or What Are The Ta’veren?

Welcome back to another guide to the world of The Wheel of Time. The first three episodes of this epic fantasy adaptation are now airing on Amazon Prime. And we know that newcomers will  have plenty of questions about the world and characters therein. So far we have covered some of the basics like who are the Aes Sedai? What are the Shadowspawn? And the question that haunts the first season of The Wheel of Time – who is the Dragon? Today we are going back to basics once again to address a concept that the show hints at, but doesn’t fully explain. But it is a vital piece of lore that is extremely relevant to our main characters. So today we will answer the question: who or what are the Ta’veren?

Five Ta’veren In The Two Rivers

In the first episode of The Wheel of Time adaptation on Amazon Prime, Moiraine tells Lan that they are headed to the Two Rivers. She says that there are “rumors of five Ta’veren there.” All of these young people are of age to possibly be the Dragon Reborn that Moiraine searches for. Unfortunately this mention of the Ta’veren is brief, and unexplained. So I’m here to fill in the gaps.

The glossary at the back of the first Wheel of Time book – The Eye of the World – tells us the following about Ta’veren. They are “people around whom the Wheel of Time specifically weaves the Pattern with all surrounding life-threads.” Essentially these are individuals who have the ability to affect the pattern of the titular wheel. Ta’veren are spun out into the world by the great wheel when the weave begins to drift too far from the intended pattern. Most ta’veren are not born, but can be chosen by the Wheel at any point in their lives. The ability can also fade, once the weave has been shifted back into the correct pattern.

Ta’veren Affect The Pattern of the Wheel

In the Eye of the World, a character (Loial) explains a bit more about what Ta’veren mean for the pattern of the world.

“The Wheel of Time weaves the Pattern of the Ages, and the threads it uses are lives. It is not fixed, the Pattern, not always. If a man tries to change the direction of his life and the Pattern has room for it, the Wheel just weaves on and takes it in. There is always room for small changes, but sometimes the Pattern simply won’t accept a big change, no matter how hard you try… And sometimes the Wheel bends a life-thread, or several threads, in such a way that all the surrounding threads are forced to swirl around it. Those force other threads, and those still others, and on and on. That first bending to make the Web, that is Ta’veren, and there is nothing you can do to change it. Not until the Pattern itself changes.”

Most people follow the threads of their lives without incident, weaving together a larger tapestry of the world. However, Ta’veren have the ability to change the course of those threads, and alter the pattern altogether. As the threads shift and change course, this can create something known as a “Web of Destiny.” This is what happens when those threads that have been affected by the Ta’veren begin to ripple outwards, creating larger changes in the world.

Ta’veren Shift Probability In The Wheel of Time

When a Ta’veren is around, things have a tendency to change dramatically for everyone involved. Some of this manifests as luck – both good and bad. Normal people say or do things that they would not normally do when in the presence of a Ta’veren. Armies may lay down their weapons and stop fighting. Or a peaceful nation might suddenly erupt into war. Someone might fall from a horse without a scratch, while another might trip over a stick and break their neck. An oft-quoted example is when two people who hate one another suddenly fall in love and marry. Ta’veren shift probability of what is happening around them. The more powerful a Ta’veren, the greater the impact on the people around them.

There are several notable Ta’veren in the history of the world of The Wheel of Time. One of them was Lews Therin Telamon – the powerful ancient Aes Sedai who is referred to as the Dragon. Another is the character of Artur Hawkwing – who is referenced in the second episode “Shadow’s Waiting.” Hawkwing is a legendary figure (based on the King Arthur myth) who united much of the world into a single empire and sparked a war that lasted 100 years.

How Do The Main Characters Demonstrate Ta’veren Abilities?

In the show, the five Ta’veren are Rand, Mat, Perrin, Egwene, and Nynaeve. What unusual circumstances indicate that they are twisting the Pattern around them? Although there is no clear evidence to demonstrate this field of effect, we can extrapolate from what the show has given us. For instance, Nynaeve is the youngest Wisdom ever to lead the Women’s Circle in Emond’s Field. Egwene miraculously recovered from a deadly fever that should have killed her as a child. As a gambler, Mat’s luck (both good and bad) is definitely tied to his Ta’veren status. All of them shift probability without even realizing it.

Image via Amazon StudiosAs a member of the Blue Ajah, Moiraine has access to an extensive spy network established by the Aes Sedai. This is undoubtedly where she learned about the Ta’veren in the Two Rivers. However, we don’t know exactly how normal spies can identify Ta’veren. In The Wheel of Time books, there are some characters who have the talent to see Ta’veren. Often these are Aes Sedai who can identify these individuals by a golden aura or threads swirling around them. It is possible that the show might give this ability to Moiraine, since she seems to be able to tell if an individual is the Dragon Reborn simply by looking at them. 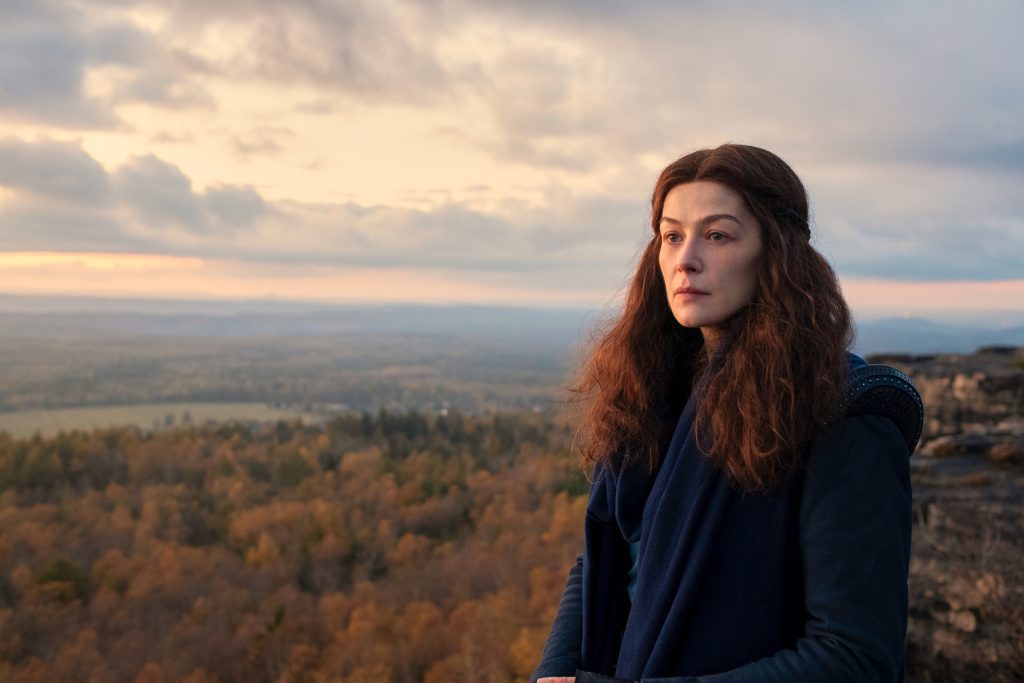 Ta’veren are powerful individuals who can reshape the pattern of the Age. So it makes sense that all five of our main characters are Ta’veren in the Wheel of Time adaptation. All of them will have a role to play in dramatically reshaping the world of The Wheel of Time.

For more guides to The Wheel of Time – along with all of our latest news and reviews – be sure to follow Comic Years on Facebook and Twitter today.