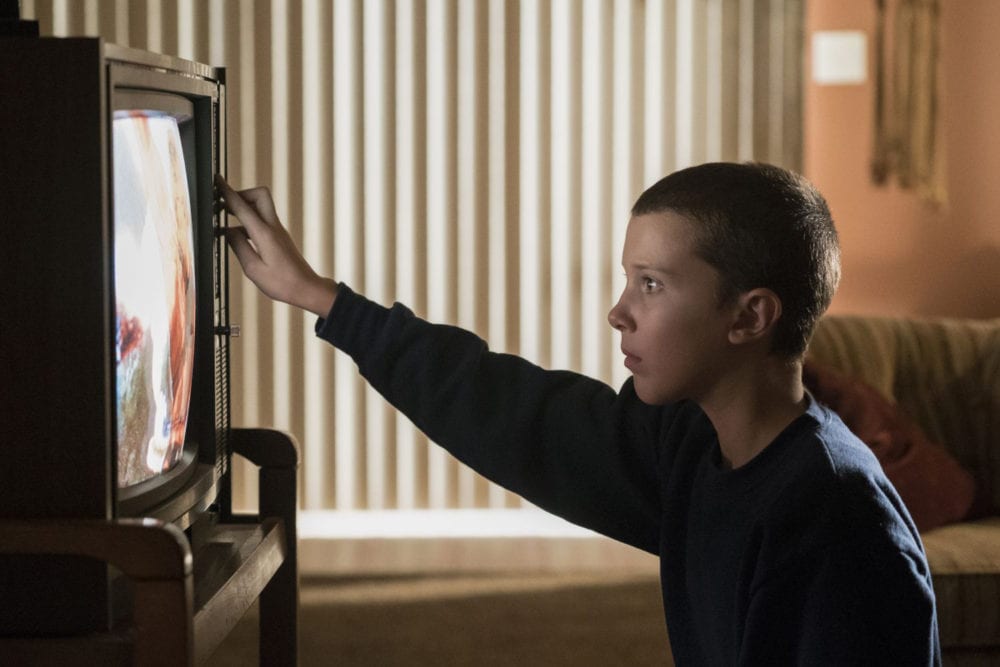 Now that all of our collective screen time is up, it’s impossible that you haven’t seen a Tiger King meme. Everyone is talking about the shenanigans of the series or speculating about what really went on. Sure, the quarantine certainly amplified the desire to watch it. But what really made this particular series blow up is what happens to a lot of other shows. It became known as binge-watching, with the shows being called “binge-worthy”. You’ve all heard the term. It’s when a series is deemed so good, interesting, or chaotic that you can’t help consume it all at once. But is there really an equation that can lead to a show being binge-worthy? Or does it all come down to luck, or what’s trending? Let’s take a look at what’s behind the factors of what can make TV shows binge-worthy.

A History of Binge-Worthy TV Shows

Whether you say it or hear your loved ones promise it, everyone knows the lie that is “just one more episode”. Once something has you hooked, you’re in. People who have grown up with cable can clearly remember needing to wait a week for the next episode. And, if you’re still a fan of network television, you still have to deal with it. But the growing popularity of streaming services means that binge-worthy TV shows are everywhere, and your only wait is between seasons.

Due to the growing popularity of this phenomenon, Netflix did a survey back in 2013. The results found that 61% of people binge-watch on a regular basis, which they defined as 2-3 episodes in one sitting. The 2-3 episode marker was considered pretty consistent across demographics, though the 18-34 age range tended to watch a bit more.

How Did We Get Started?

Binge-watching didn’t just start with Netflix. Box sets of TV shows have been popular for decades. However, they were, and still are, pretty expensive. Growing up they were reserved for sick days or snowstorms. Most families didn’t keep dozens of different box sets around, and so options were always limited. So, while binge-watching a box set every so often wasn’t uncommon, it didn’t make the experience so note-worthy.

House of Cards was the first original content series for Netflix. Shortly after, Orange is the New Black also broke through as one of Netflix’s easiest binges. The two, especially the former, are often considered the breakthroughs that introduced us to binge-watching. Before his boot from the entertainment industry, Kevin Spacey, the star and one of the executive producers of House of Cards, welcomed binge-watching. He claimed that the ability to binge gives audiences “freedom” and “control”. 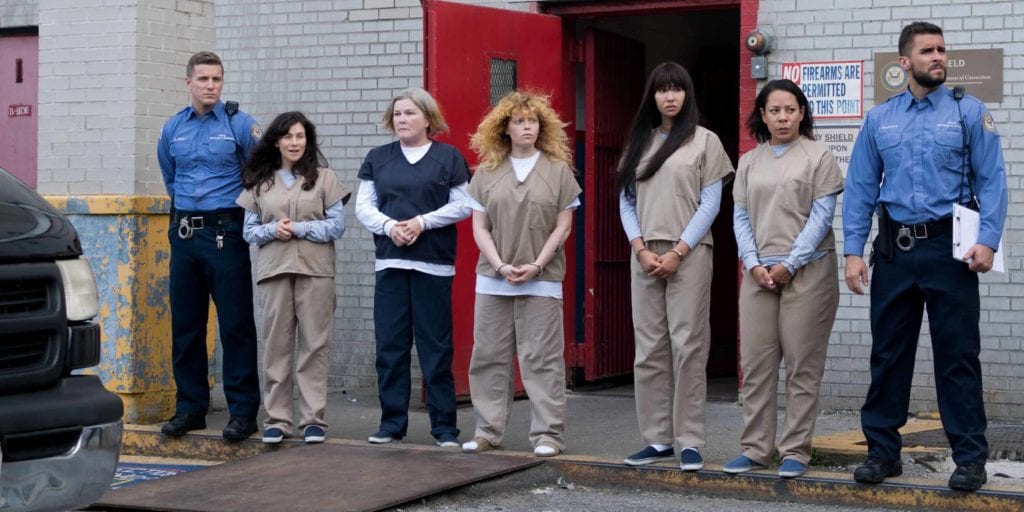 What Do We Think About Binging?

I can recall a small handful of instances where I’ve gone crazy binging. I’ve watched every season of Stranger Things in one sitting on the day it came out (and I’m not alone). I’ve waited until 3 a.m. for Netflix to release an upcoming season of a show that I love, watching it until I fall asleep (and resuming it the second my eyes open the next day). Watching an entire season in one sitting feels productive like I’ve gotten it out of my way. However, I know that I consume media at a much more rapid rate than others. So, I wasn’t sure if my views would align with the general public. I was mostly wrong.

The same Netflix survey said that 79% of binge-watchers find that it makes the show better. 73% also said that they see binge-watching as positive. Binge-watching can even be compared to reading multiple chapters of a novel in one sitting, which nobody would ever bat an eye at. In addition, it makes it easier to discuss the entire plot of a show without having to worry about spoilers.

But Binge-Watching TV Shows Can Be Bad, Right?

Peter Fincham, a Director of Television for ITV, once said that he believed that binge-watching took away some of the social value of television. “Watercooler television“, referring to watching shows as they release weekly, allows you to discuss the latest episode and make your predictions about future episodes. It’s also popular to have “watch parties” for bigger shows, like Game of Thrones, treating each new episode like a sporting event. That’s a lot harder when you need to sit for 5-10 hours straight to watch an entire season.

Binge-watching forces your brain to produce dopamine at a faster rate, giving yourself a “drug-like high“. This doesn’t sound too bad, right? Unfortunately, this can make you addicted pretty quickly. In addition to many people reporting feeling tired after hours of binge-watching, the end of a season or series can also cause stress, anxiety, and depression. And, as it’s far easier to binge-watch alone, it can become isolating.

So, How Do TV Shows Become Known As Binge-Worthy?

Not every show is binge-worthy. Some are too heavy to want to watch all at once, while others start to feel boring. However, it’s too easy to say that it’s a particular genre that makes a show binge-worthy. The right content from any genre, targeting any audience, can become the next binge-worthy show that explodes with a million memes. So, what does it take to make TV shows binge-worthy?

The Story Needs To Be Continuous

Now, some shows are binge-worthy but don’t fit this criteria. However, it certainly makes it easier to binge-watch. When a show is told in a continuous narrative, it’s easier to consume. “10 years later” or similar breaks just signal a natural pause or stopping point. If a story is told in a continuous manner, you feel more compelled to follow through with the story. Breaking Bad goes all over the place,  but the story still follows Walter White from day one, making you need to see how he gets to the end.

The Simpsons has lasted decades telling stories that kind-of flow together, but are also individual episodes that function on their own. It’s simply not a show that you think of as binge-worthy, because it’s not a layered story. If you get to the end of the first episode and need to click “next episode” to understand more of the story or pull yourself up from a cliff-hanger, you’re more likely to keep going. It takes advantage of the multiple episodes at once medium of storytelling, acting as more of a long movie than just a TV show. 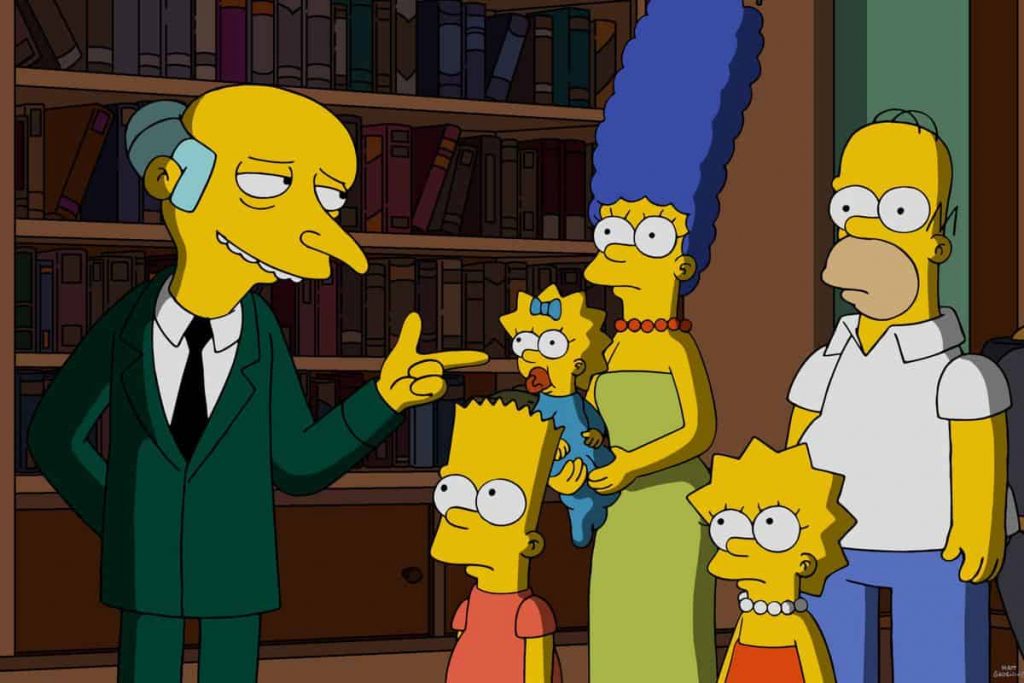 It Has To Pull Us In Early

Has anyone ever told you that a TV show is really great, but you just need to make it past the first few episodes? Hearing that makes you feel the need to force through the rough pilots until it gets really good. By the time you realize that you made it that far, you’re an entire season in and hooked. Or, it hooks you right from the get-go and you know that you should be paying attention to every detail. Parks and Recreation is one of the shows that stumbles at first, but you can’t help but keep going until you’re hooked. Comparatively, LOST gets you hooked from the first episode.

We Need To Care About The Characters

Even if you hate them, you need to be intrigued by enough of the characters to feel invested in them. Breaking Bad has already been discussed, but it’s one of the quality binge-worthy TV shows that people will always talk about. Walter White isn’t the best guy. He makes some questionable decisions, and we don’t agree with him most of the time. But we’re invested. We need to see it through. And Jesse Pinkman has such a strong character arc that we can’t help but want to watch him keep growing. Whether we love them or hate them, the ability to binge relies on the characters.

What TV Shows Are Binge-Worthy?

Certain shows attract different people. However, there are some that just feel more binge-worthy than others. People will talk about them for years to come, and folks will discover it on streaming services and watch it all in one weekend. And, if you have a little extra time on your hands now, you might want to uncover some of the TV shows that are the most binge-worthy. So, here’s a quick list of some of the tv shows that come up in conversation the most when you’re talking about binging.

Now, that’s barely an exhaustive list. We want to hear what you have been binge-watching lately. What TV shows do you think are binge-worthy? And have you ever thought about what makes them feel that way? Let’s talk about it!