WandaVision Finale Review – Are We Ready To Say Goodbye? 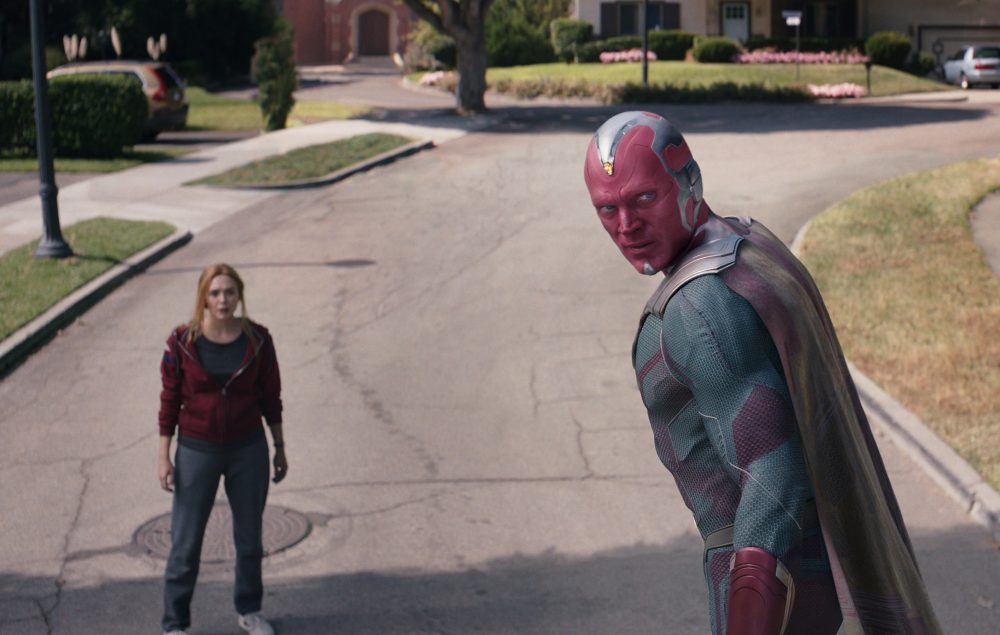 Well, folks, it’s been a long and bumpy ride, but we’ve finally made it. The end of WandaVision has arrived, and the MCU’s entrance into the wild world of television has ended almost as quickly as it began. In this review of the WandaVision finale, we’ll talk about whether or not it lived up to our (very high) expectations and what this means for the future of the Marvel Cinematic Universe.

This post will recap the ninth and final episode of WandaVision, with spoilers for every episode along the way. You’ve been warned! If you haven’t watched the finale, we recommend jumping on over to Disney+ and coming back to this afterward. And if you want to brush up on the past, re-read our recap of WandaVision episode 8.

The WandaVision finale opens up right where we left off in Westview, with Wanda ready to throw hands at the women holding her children captive. Tommy and Billy are quickly sent off to their rooms with little more than a scrape or a bruise as if the four walls of a suburban home can keep them safe from a witch as powerful as Miss Agatha Harkness.

Agatha’s motives are clear. She wants the abilities that  Wanda has, a.k.a. The Scarlett Witch, all for herself, especially since she actually knows how to use them properly. Almost immediately after the fight between two powerful women begins, somebody comes to distract us from just how much they could throw at each other. White Vision, the new source of conflict introduced to us at the end of the previous episode, shows up to throw another player into the mix.

To nobody’s surprise, Wanda’s Vision arrives shortly after, and the two enter their own brawl. Its Vision on Vision, and Agatha on Wanda, allowing powers to be more than equally matched.

What’s Everybody Else Doing?

Monica Rambeau, the newest powered person in the MCU, remains held captive by Peter/Pietro/Fietro/Evan Peters. She quickly figures out how to suppress Agatha’s control over him and runs off to join the party.

Meanwhile, as all of the powered people are facing off, S.W.O.R.D. has shown up through the briefly opened barrier to bring knives to a gunfight. Or, should we say, guns to a chaos magic fight. They are barely a threat, and Wanda allows the twins (who have found their way out of their room) to handle them from there on out. With the help of the now-free Monica, these villains are taken care of in no time. 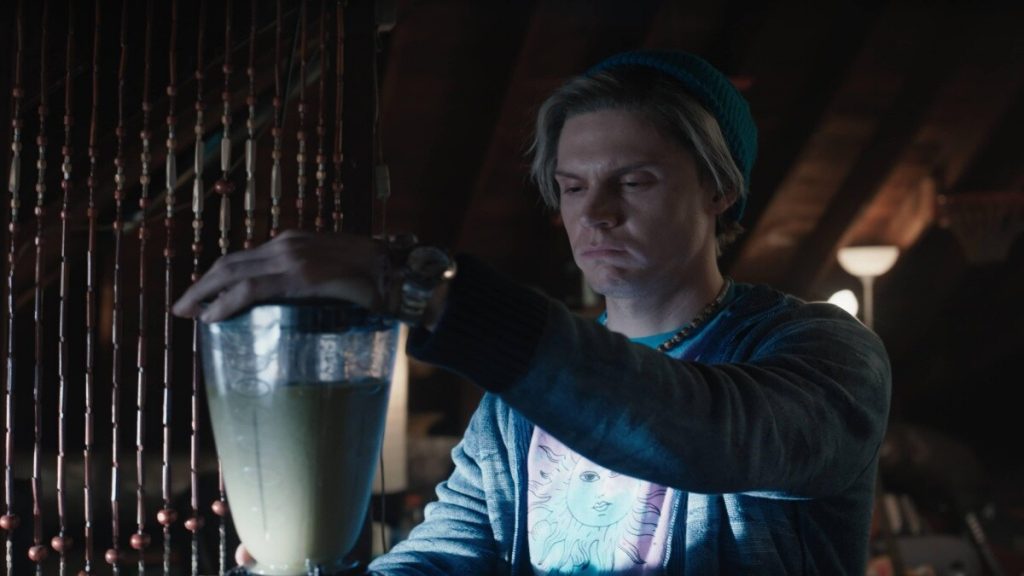 Considering that they are almost one and the same, Wanda’s Vision versus White Vision don’t look like they’ll defeat the other any time soon. Vision uses his understanding of their shared identities to send White Vision away, reactivating his memories and encouraging him to step down. This is all possible as White Vision’s mission was simple: to take down Vision. However, since Vision isn’t really Vision, Vision talks Vision into questioning who the real Vision is. Sound complicated? It’s a heck of a lot more simple when on the small screen.

We almost believe that we’ll see the entire Maximoff family square off against Agatha, but we all know that Wanda is powerful enough to handle her all alone. She goes from regular Mrs. Maximoff to the ultimate badass Scarlett Witch and unleashes more power than even Thanos could dream of. In a tricky move where Agatha thinks she’s getting her way, Wanda places runes within the Hex. This prevents Agatha from stealing Wanda’s powers, and she is ultimately imprisoned in Wanda’s pretend world for the rest of eternity.

The WandaVision Finale Puts a Satisfying End to Hayward And Company

S.W.O.R.D. Director Hayward was always the least interesting villain throughout the series. Compared to morally conflicted Wanda and conniving Agatha, a powerful man with ulterior motives just didn’t stand up against our high expectations for Marvel villains. Darcy arrives just in time to stop him from escaping after the other agents’ downfall, and his eventual arrest is imminent.

Monica’s farewell to the series is next. She resolves the issue between her and Monica, claiming that she would have done the same if it would have gotten her mother back. She heads off, only to be confronted by a Skrull in the first mid-credits sequence. Hinting at her next appearance in a later MCU film, Monica is likely headed to space.

WandaVision Says So Long, Darling, To All Of Us

The audience knew going into WandaVision that the iconic duo could be no more. After Wanda shows that she is willing to sacrifice the safe place that she has made for her family, we all know that more heartache is on its way. It arrives in buckets, as Wanda and Vision tearfully say goodbye to their children and then each other.

“We have said goodbye before, so it stands to reason…” Vision begins, giving Wanda the opportunity to suggest that they’ll say hello again. While giving us all hope for future Paul Bettany scenes, this exchange also gives us the romantic closure that we needed. The barrier quickly closes, and Vision is torn from us (and Wanda) once more. Fortunately, Wanda is ready for it this time and accepts the cruel fate of the perseverance of love.

In the final mid-credits sequence, we visit Wanda once more. She’s relaxing in a remote location, looking almost as at peace as Thanos is in Avengers: Endgame before Thor shows up to chop off his head. Though, not all is as quiet as it seems, as the Scarlett Witch is hiding in the back room studying up on her witchy magic. That is until we hear the cries of Billy and Tommy, who we thought were gone forever. 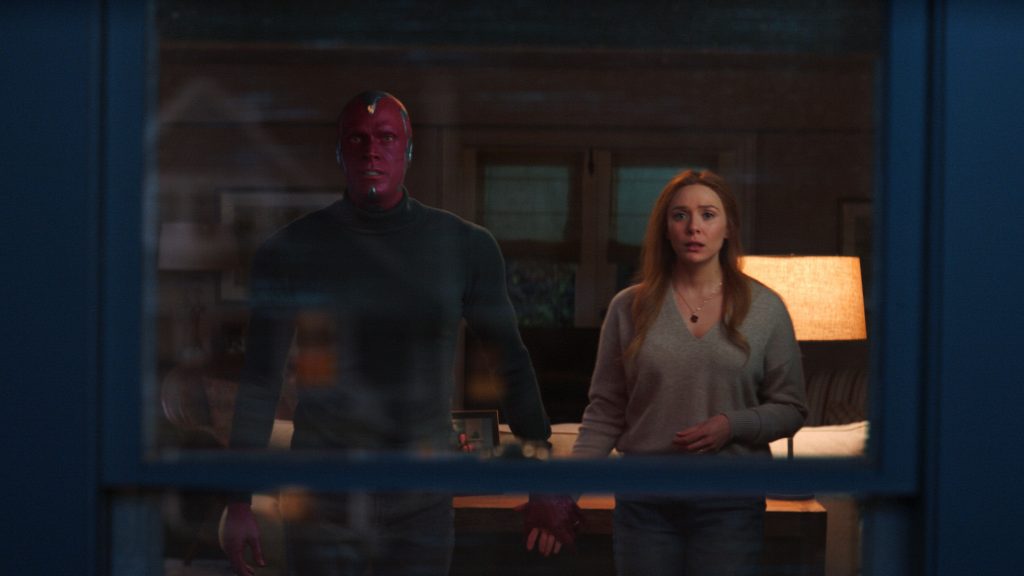 The WandaVision Finale Sets Us Up For What Is To Come

This finale wraps up pretty much every storyline that was introduced. The townspeople of Westview can live freely once more. Agatha Harkness isn’t able to practice witchcraft. Ralph doesn’t have to deal with Agnes’s constant ridicule. Vision is gone again. Jimmy Woo and Darcy can continue doing their jobs properly. Monica is off to explore the stars. And when it comes to Wanda, we always knew what the next step would be. Her casting in the upcoming Doctor Strange in the Multiverse of Madness means that she’ll go from working against witches to alongside wizards, and the title makes it clear that some multiverse stuff is going to go down.

The post-credits scene may not set up something as massive as Thanos’ hunt for the infinity stones, but it does suggest that Billy and Tommy continue to exist despite their wipe from our timeline. Whether Wanda’s chaos magic continues to work behind-the-scenes or she and Agatha really did open up the door to another universe is yet to be uncovered, but our money is on the latter.

Is The WandaVision Finale Everything That We Hoped For?

Ultimately, the WandaVision finale did what all final episodes should do. The plots were all resolved, major loose ends are all tied, and we’re left accepting the fates of our favorite characters. Yet, for a series filled with so much anticipation, so many predictions, and a whole lot of love, we may have anticipated more. How could such a chaotic, adventurous, and risky show leave us feeling satisfied and nothing more? With the various routes that the series could have taken, from introducing Mephisto to opening the portal to the X-Men, we can’t help but wonder why every major opportunity seems to have been debated in the writers’ room, only to be cut at the last minute.

If you’ve been listening to the Comic Years Podcast and our weekly WandaVision discussion episodes, you’ll know that speculating the identity of the mysterious Ralph has been a hot topic. We have guessed that Ralph is everybody from Dottie to Wanda herself. The end-reveal of Ralph’s identity being Ralph Bohner, the real person behind Evan Peters’ Feitro, is the ultimate disappointment in the series finale. Of all the predictions that we’ve swapped back and forth, a random guy just isn’t satisfying enough. 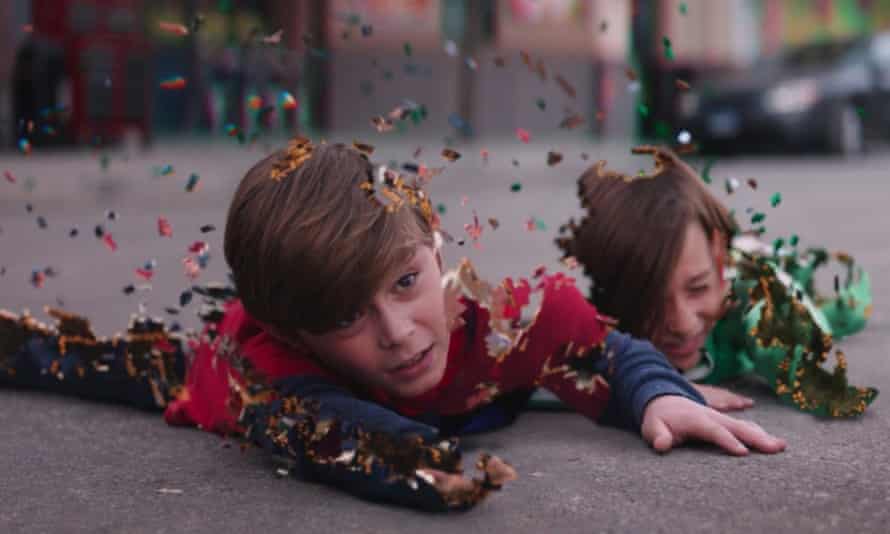 WandaVision Is The Perfect Introduction To The MCU Television Shows

Now that all has been said and done, we can comfortably say that WandaVision does what it sets out to do. It fills in the gaps between MCU movies and explores characters in ways that the typical film cannot do. This piece covers a character with more than enough stories to be told across potential blockbuster films, but an intimate show works better when digging into her trauma. The lengthier, episodic structure will certainly be the perfect way to tell stories of the side characters that may not have such clear paths in upcoming films.

With Loki, The Falcon and the Winter Soldier, and presumably more coming to Disney+ soon, WandaVision proves that heroes and villains will always have an audience somewhere. These shows don’t have to be perfect for us to want to watch them, and sometimes their missteps make things more exciting.

Readers, we want to hear all of your thoughts on the series finale of WandaVision, and the entire series as a whole. Do you think they’ll wind up making a second season? Or was this enough to hold us over until Doctor Strange shows up? Please tell us your thoughts in the comments!