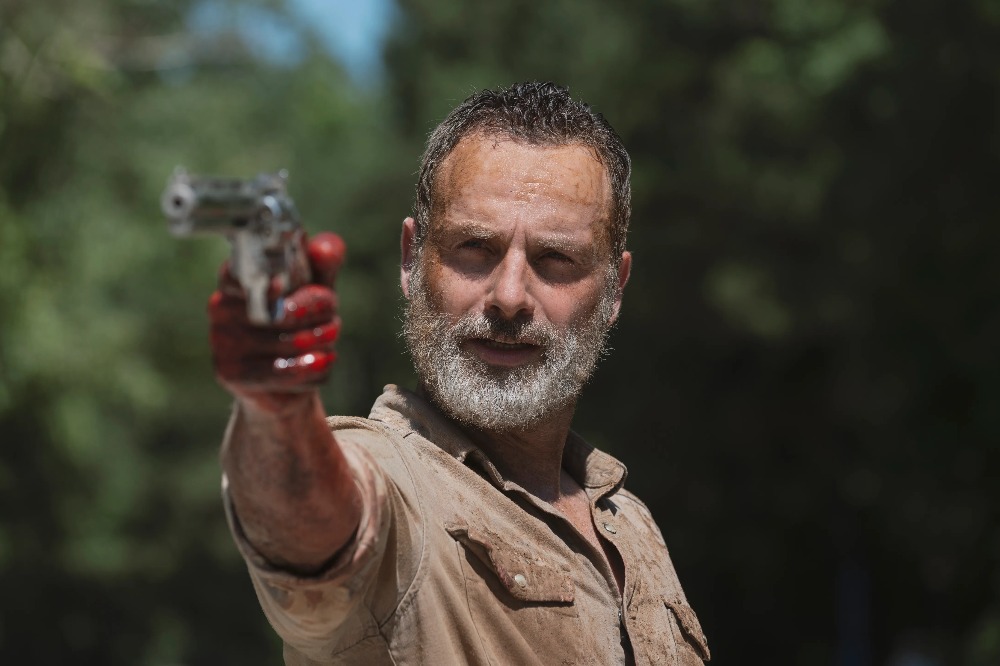 The Walking Dead is ending, and all that’s really left to be seen if it goes out with the quality and style it came in. Throughout its tenure, one of the big things that made TWD among the better shows around was its lead, Andrew Lincoln playing Rick Grimes. And then he left in 2018. The show soldiered on with a Rick-shaped hole in its heart. Now, as the series comes to an end, we’re seeing tons of Walking Dead rumors and predictions about Rick Grimes coming back before the movies we were promised. We’ve gathered up some of the most promising rumors and leaks (and some wild speculation) about what’s left for The Walking Dead.

Rumors of a Rick Grimes Return To The Walking Dead

The whole situation with Rick is tricky. Comics spoilers: he died toward the end of the comics, so everything we’re getting is hard to predict. TWD was never one to super-closely follow its source material, but it hit a lot of the same beats. But the show didn’t want to kill its beloved lead, even if he wanted to step down and spend some time with his family. Thus in 2018, we were promised 3 Rick centered movies expanding The Walking Dead world and finishing the character’s story. 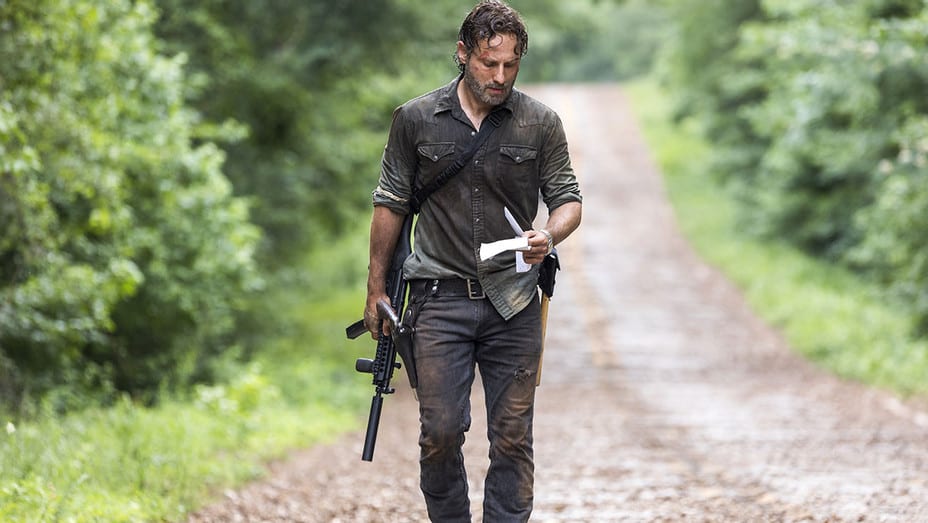 And then nothing happened except for an untitled Walking Dead movie teaser trailer. Until recently, the only news of Rick and the movies was that they’re still happening, just naturally delayed by the pandemic. Fans were left to sit with that, but rumors have started to build that Rick is going to return at the end of season 11 to send off The Walking Dead and finally let Daryl stop searching that river.

We’ve heard a few things that make this seem likely. First, Andrew Lincoln was spotted back in Atlanta hanging out with fans and Norman Reedus. TWD films in Georgia, so seeing Lincoln back and spending time with the cast is a strong hint. Supposedly, the Walking Dead movies are going to follow Rick Grimes to the CRM, the shady organization that Anne sold him to. Some fans have speculated that this will have a connection to the end-credit scene for World Beyond. 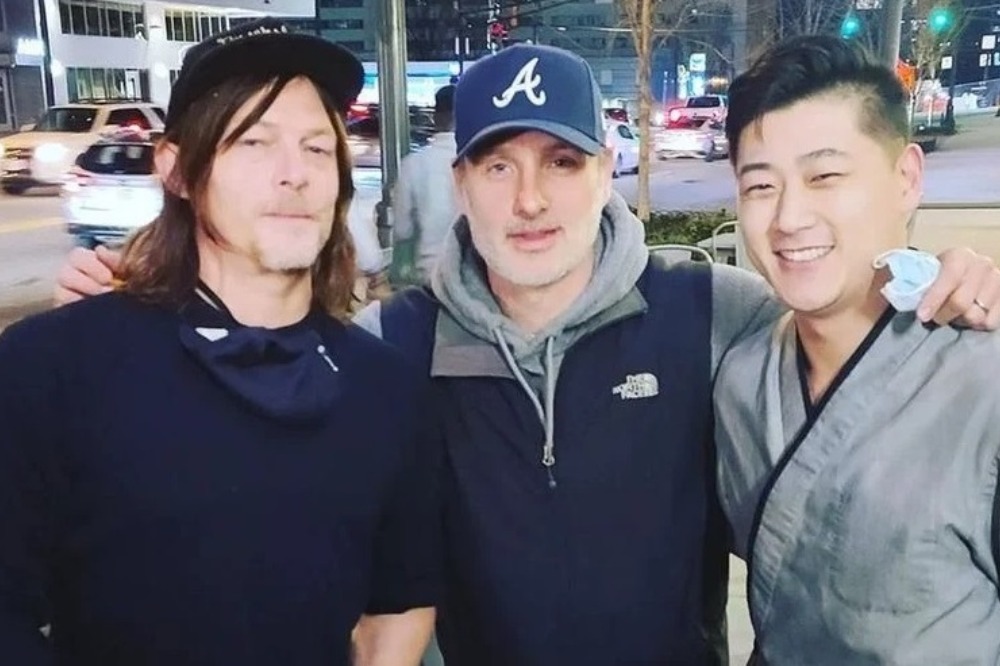 What We Know About The Rick Grimes Movies

World Beyond ended with a connection, shockingly, to the world beyond. The end-credit scene had a ton of new information that people think might be a hint about the Rick movies. First, it showed the lab where the virus possibly originated and one of the scientists connected to it. If they’re going all-in on these movies, it’d be huge if they finally showed the origins of the virus. It doesn’t seem like that’s something they’d mention for nothing.  We’re calling it now that the movies will actually show how the virus happened.

Next, it brought back Dr. Jenner from the finale of season 1. It showed him in a recording of a message, presumably to the team in France. While this could be another way of connecting the original series to the greater danger of the world, Jenner is a pivotal character to Rick’s development specifically. He’s the one who told him that they’re all infected whether they get bitten or not.

Our prediction is that Jenner’s cameo on Walking Dead: World Beyond is connecting the post apocalyptic world. We’re taking this as a sign that there’s going to be another familiar face dealing with international zombies. And according to the end-credit scene, these “cohort variant” zombies are stronger, faster, smarter, and can come back even if they’ve been shot in the head. By the time we see him leave the series, Rick and the other survivors are almost too good at killing walkers. This would be a great way to add tension to the movies and put our dear Officer Friendly to the test. One of these movies might have Rick on a horrific Euro trip, and we’re keeping our ears open to any rumors or signs of a Walking Dead tourist bus with Rick Grimes behind the wheel

Predictions for Future of The End Of The Walking Dead

As TWD reaches the beginning of the end, we can reflect on what we know so far about the future of the franchise so our predictions can at least be half educated and half hope. First, we know Rick is alive and coming back for the movies. We also know at least a few mainstays of TWD will survive the finale. Daryl and Carol are getting their own spinoff series, so they’re more than likely safe. Other than that, everything is up in the air, and we have thoughts. 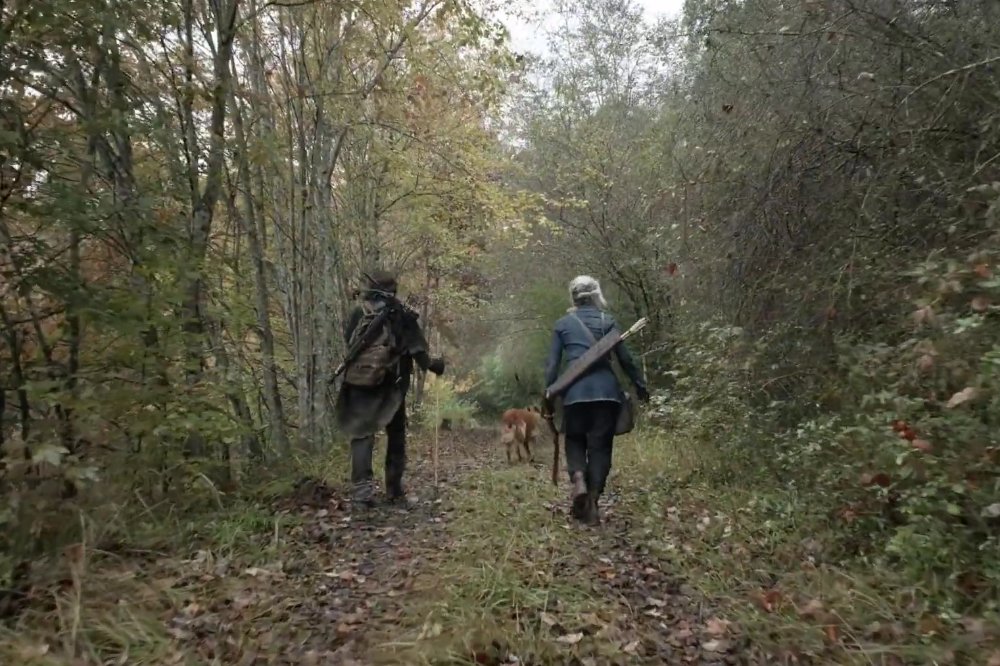 Rick is finally going to lose his hand. Back in the comics, Rick lost his hand to the governor. That didn’t happen in the show because the production team didn’t want to deal with years of more-complicated action scenes with a one-handed Rick. We’re in the final arc of Rick’s character, so this might finally be the time. Whether he loses it in the movies has already lost it when (if) we see him in the season 11 finale. That would make sense too. It’d explain his return. He needs a hand dealing with the CRM.

We’re going to get a Judith Grimes time-jump spin-off. TWD loves a good time jump. After Rick left, we’ve had whole years skipped over. That’s what we think will happen to get a Judith series featuring Little Asskicker herself. Maybe she’d be leading the reconstruction of society in the Commonwealth.

The TWD franchise will never formally end. They’re finally doing some large-scale world-building. Between the zombie world growing, their history setting spin-offs in different times, and the buckets of money zombies still earn, we predict some version of The Walking Dead will be shuffling on for many years.

The Walking Dead season 11 is airing now on AMC!

What do you think is left for The Walking Dead and Rick? Give us your predictions in the comments below.