Netflix’s The Witcher took the world by storm. It pleased both fans of the franchise and newcomers. Of course, it has a lot to do with the internet’s love for Henry Cavill. But, the plot doesn’t fall short of fantastic. And now, we know that The Witcher’s third season  is almost ready!

Season 3 of #TheWitcher has wrapped filming, and Henry Cavill left a nice message to the cast and crew ❤️ pic.twitter.com/i3PCwffFGc

The news was announced by the series’ official Twitter and covered by Collider. In the tweet, Cavill shared a “thank you” message to the cast and crew. In it, he mentions how it was a “tough shoot.” And, there’s quite a bit behind that message.

The script for this season was done almost right after season 2’s release. And, we now know that production is done as well. That said, we wouldn’t expect The Witcher third season to come out before this year’s end. Instead, it’ll probably come out around mid-2023.

But, what can you expect from this season? What was all that trouble Henry Cavill suggested? Let’s find out.

In the meantime, why not get updated with the links between the anime and season two?

The Witcher third season and the harsh production environment 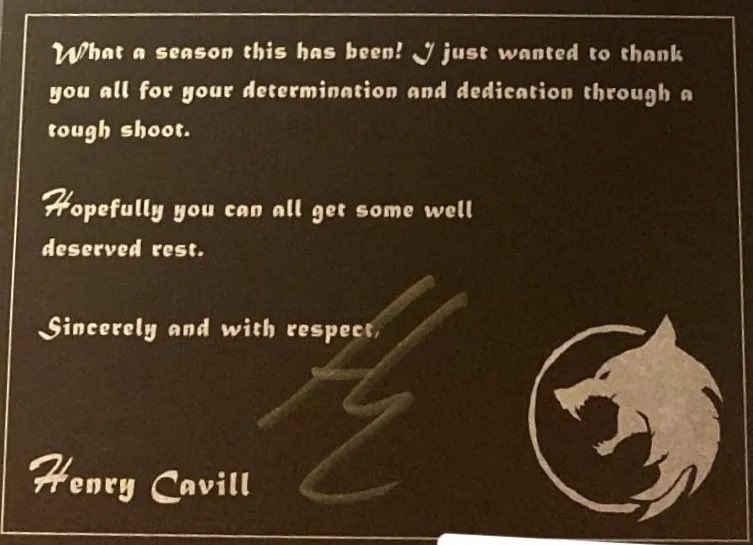 The Witcher third season wasn’t a walk in the park for the team. However, Bola Ogun and Steve Gaub took to social media to celebrate. The same goes for Henry Cavill. The latter uploaded the letter you can read above.

In said letter, he mentions “what a season this has been!” And, there’s a good reason for that statement. The season went through several locations. Those include Italy, Slovenia, Wales, and the Sahara Desert. And, that’s not the entire list!

Plus, July presented a major setback for production.

Cavill tested positive for COVID that month. So, production had to take a brief pause while he recovered. Luckily, he didn’t take too long to be ready for filming. Thus, they expected the season to finish in September.

The pandemic hasn’t been kind to the series. Both previous seasons faced major setbacks because of COVID. The second season got pushed to December 2021 because of it. Maybe that’s the reason why The Witcher 4 is still in pre-production.

So, we could expect season 3 to come out sometime during 2023. Maybe we’ll see an official release in early or mid-2023. Yet, it’s best to wait for Netflix’s reveal.

Naturally, the main three characters will continue their story arcs. That means Geralt, Ciri, and Yennefer will continue the cliffhanger. Given the finale, we can also expect Vesemir, Coen, and Lambert.

But, there are a lot of other roles that weren’t as relevant during the finale. We can’t forget about Jaskier, Fringilla, and Cahir. Triss, Filavandrel, and Stregobor are likely to appear as well.

After all, they’ve been crucial players in the first season and overall plot.

Codringher, Fenn, Milva, and Gallatin are other names coming to the third season. We’ll also meet The Rats via Mistle.

And, The Witcher’s third season will bring back a major villain from the last season. But, we’ll leave you to find out who that is!

What do we know about the The Witcher third season plot?

Our family is back together again. #TheWitcher Season 3 is officially in production! pic.twitter.com/rlBl0j3lT1

As the tweet above reveals The Witcher third season, the plot will revolve around a manhunt for Ciri. So, Geralt will have to take her into hiding. His new challenge won’t be to find his motivation. This time, he’ll have to protect the new family he’s reunited.

We’ll also dive deeper into Yennefer and Ciri’s relationship. The former carries the task of training the young girl in the ways of magic. So, we’ll revisit Aretuza, trying to find Ciri’s true magical potential.

However, things take a turn for the worse. The cast quickly finds themselves in a multi-layered battlefield. They’ll have to deal with political corruption, treachery, and dark magic.

So, it’s what fans love about the games and the series. Plus, we get to see the major characters get closer to each other. We can expect some major character development this season. Perhaps, it’ll delve further than the second one!