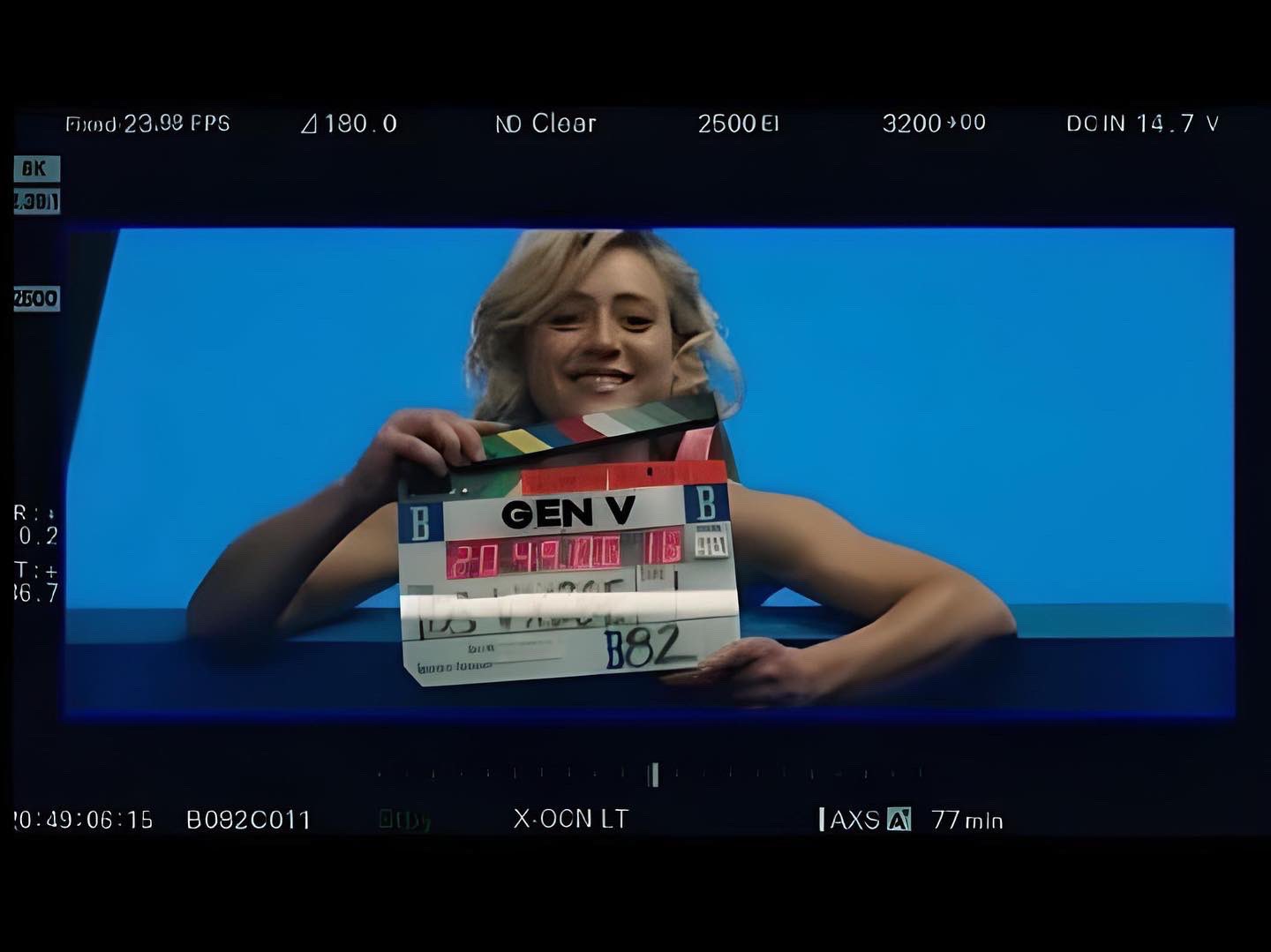 With a collection of behind-the-scenes images, the upcoming The Boys Spinoff series, Gen V, reveals that filming is now complete. The Boys, a Prime Video original series based on the same-titled DC Comics by Garth Ennis, premiered in 2019 and finished its third season in July. In order to defeat a squad of superheroes known as The Seven, a group of ordinary vigilantes—including Karl Urban as Billy Butcher and Jack Quaid as Hughie Campbell—have united. The program is renowned for its bold handling of comic vulgarity, bad language, violence, and graphic sexuality. This is especially true of its infamous episode “Herogasm,” which featured a superhero orgy.

The Boys universe comes from an entirely different angle in Gen V, created by Michele Fazekas and Tara Butters. The Boys Spinoff occurs in Godolkin University School of Crimefighting, a school for superhumans run by Vought International, the organization and propaganda machine behind The Seven. Only thing that is currently known about the plot is that it will involve a number of tasks similar to those in The Hunger Games for the students. Along with Chance Perdomo from The Chilling Adventures of Sabrina and After We Fell, the new series stars Jaz Sinclair, Lizze Broadway, Maddie Phillips, London Thor, Derek Luh, Asa Germann, and Shelley Conn. The series announcement came out and that intrigued fans. 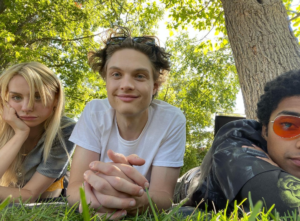 The Boys’ official Twitter account revealed yesterday that Gen V’s primary photography finished. The caption declares that, in keeping with the franchise’s irreverent attitude to social media “Yes, GEN V production is coming to a close. No, we haven’t yet revealed the release date.” There is no release date, but they have shared a collection of four pictures of the cast having fun, one of which shows the exterior of the School of Crimefighting. Examine their post here:

A mural happens in the backdrop of one of the photographs that stands out among the rest. The Deep (Chace Crawford), Starlight (Erin Moriarty), and The Seven supes Homelander (Antony Starr) also come up against the wall. Whether this is a promotional poster for The Boys themselves or it is a component of the Gen V set design, highlighting the heroes who are meant to serve as an example for the current generation of pupils, is still unknown. As three of the most significant Supes following the conclusion of season 3 are Homelander, Starlight, and The Deep, it also suggests when Gev V would occur in The Boys chronology. 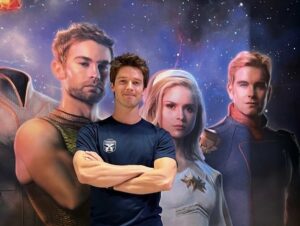 Now that The Boys Spinoff series, Gen V finished filming, it brings the show one step closer to broadcast. It is entirely possible that it will air before The Boys season 4, which is still in production, even though the exact release date is still unknown. This means that, barring unforeseen circumstances, it will most likely air between January and May 2023.

The Boys Spinoff series announcement happened on September 20, 2020. Craig Rosenberg penned the script and serving as executive producer alongside Eric Kripke, Seth Rogen, and Evan Goldberg. Other producers are James Weaver, Neal H. Moritz, Pavun Shetty, Michaela Starr, Garth Ennis, Darick Robertson, Sarah Carbiener, Erica Rosbe, Aisha Porter-Christie, Judalina Neira, and Zak Schwartz. Amazon placed the order for the series on September 27, 2021. They also named Michele Fazekas and Tara Butters as its executive producers and showrunners. On October 2, 2020, Kripke announced that the series. It’s influenced by the Hunger Games and centers on the G-Men group. The group alludes to The Boys’ first season, which received designing as a parody of Marvel Comics’ X-Men.

What do you think about Gen V, the latest Boys Spinoff? You excited about it? Let’s hope it is as good as we want it. Share your thoughts in the comments below!