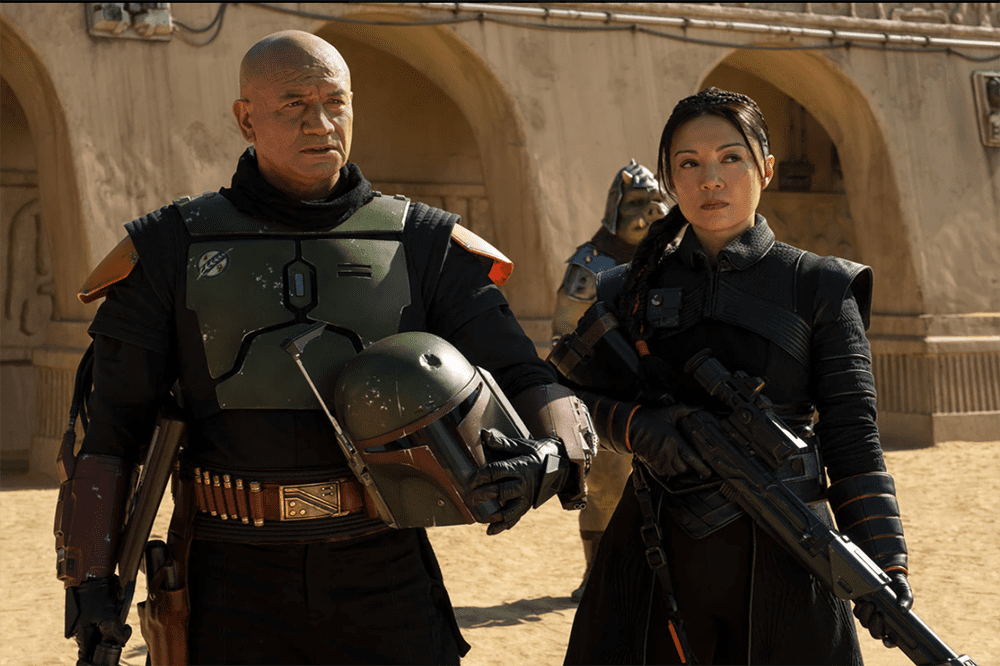 It’s finally here! While most of the world was looking forward to various winter holidays, this was my most anticipated arrival of December. The Book of Boba Fett series premiere dropped on Disney+. Like most things in the Star Wars world, there’s a ton to talk about. A single episode gives us insight into what happened to Boba Fett after his assumed demise in Return of the Jedi. It also previews a bit of the conflict central to this new story following the bounty hunter. I think most Star Wars fans want more content, but there is such a thing as setting our expectations too high. Luckily, my hopes for the series didn’t disappear after this first episode. In fact, the first chapter exceeded my sky-high dreams for what the series could be. Let’s talk about episode one of The Book of Boba Fett, Disney+’s latest Star Wars series. 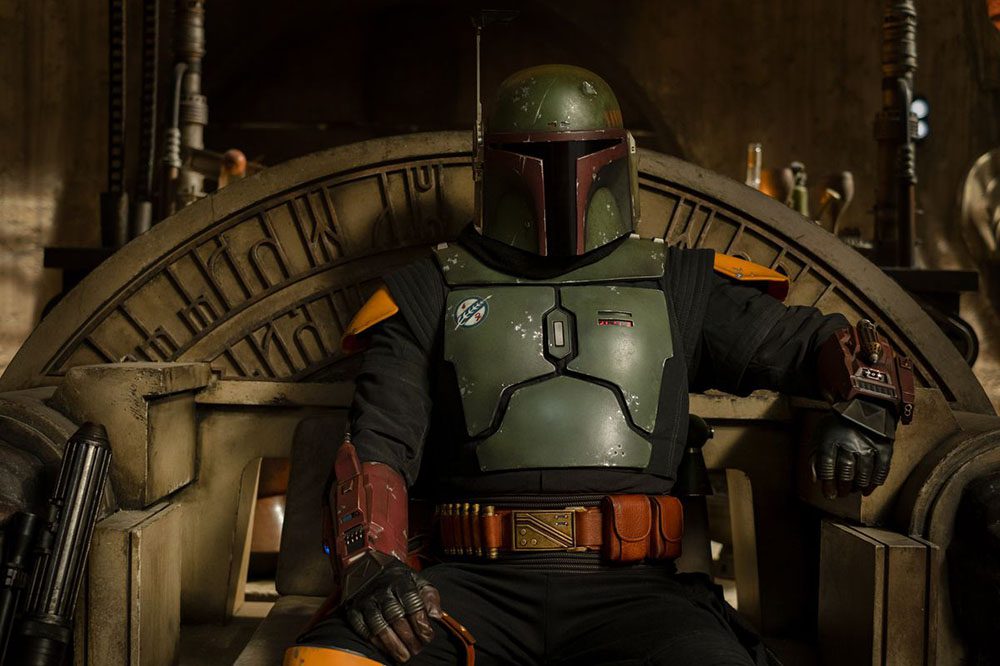 “Stranger in a Strange Land,” the first episode of The Book of Boba Fett wastes no time. Firstly, the show knows fans waited a while to learn what became of the bounty hunter. At the time of Return of the Jedi‘s release, we all assumed Fett died in the Sarlacc pit. Then, the Star Wars Legends books explored possible ways the assassin could have survived and set off on new adventures. Disney’s acquisition of Lucasfilm put these tales into question, but we saw the grand return of Boba Fett in The Mandalorian Season 2.

The first episode of the bounty hunter’s own show begins with a healthy dose of relived trauma. Asleep and recovering in a Bacta tank, Fett dreams of his father’s death, his escape from Jabba’s Sarlacc pit, and proceeding hardships. Unlike the Legends narrative that has Fett essentially exploding his way out, we see Fett escape another way. Using his flamethrower, he burns his way out of the Sarlacc’s stomach and into desert sands. Unfortunately, Jawas show up and steal his armor, leaving him defenseless. Prime for the picking with Tusken raiders on the prowl.

In the present day, Fett and his new partner Fennec Shand face a difficult challenge. The crime syndicate once run by Jabba, and then briefly Bib Fortuna, is now Fett’s domain. Unlike Jabba, however, he plans on running things with respect rather than fear. Things won’t play out smoothly, but when do they ever in a galaxy far, far away?

What the Book of Boba Fett Series Premiere Gets Right 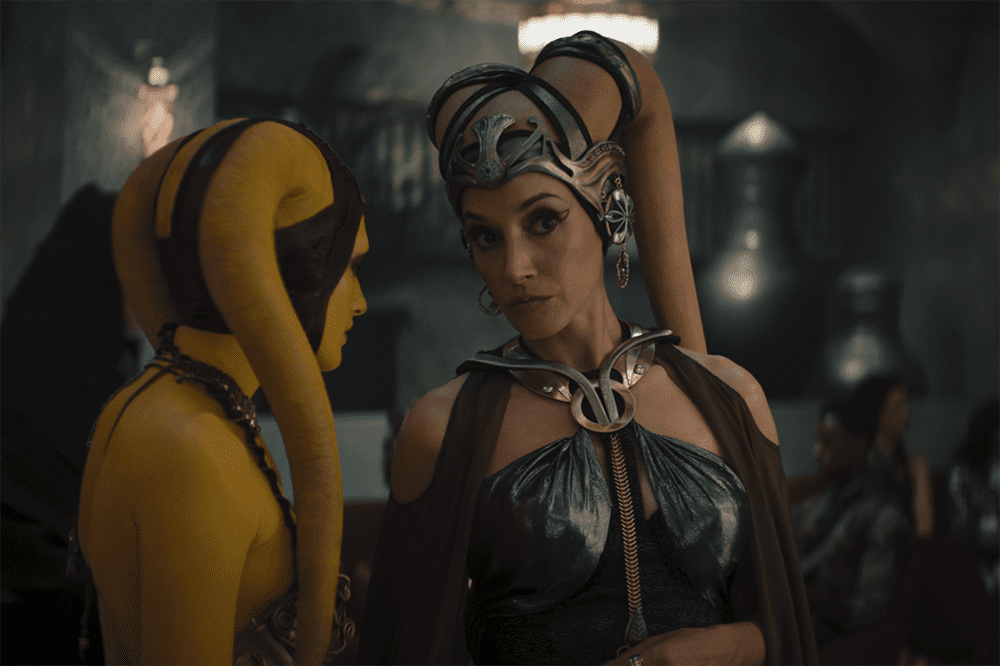 The Book of Boba Fett series premiere understands its role in expanding the iconic character’s story from the get-go. Fett doesn’t have a lot of screen time in the Original Trilogy, nor do we know much about him. It could be argued that The Book of Boba Fett series is really going to battle a lot of fan expectations for who this character is. Luckily, we see themes to the assassin’s character develop in real-time through flashbacks and his approach to running the crime ring on the iconic Star Wars planet Tatooine.

As Mos Espa residents arrive to pay tribute to Fett, a delegation from the city’s mayor instead expects Fett to pay tribute to the local government. It’s a brief encounter that gently introduces the politics central to Fett’s return. I’ve written many times how the politics of Star Wars stories can be a real determinate for how enchanting a singular story in this franchise can feel. In less than four minutes, this scene tells you everything about the way things work in Mos Espa. Fett might run crime, but without cooperation from the government, or rather deliberate ignorance, he won’t get very far. Or at least the delegate wants him and Shand to think.

Fett doesn’t want to rule like Jabba, nor does he expect t0 to be treated like a royal. He isn’t here to rule with a show of force. In contrast, Fett hopes to rely on the power of presence. In flashbacks, we see a bounty hunter who subverts expectations and doesn’t take every opportunity to kill that comes his way. He picks his battles carefully, likely with a professional approach rather than a feral lust for blood.

A Bounty Hunter Built to Last, Or Maybe Not?

In the main action piece of the episode, we see Fett, Shand, and the two newly recruited Gamorrean bodyguards ambushed on the streets of Mos Espa. Despite quite a few of the assassins surprising them, Shand and the bodyguards hold their own. It’s really only Boba Fett who struggles, eventually becoming overrun and taken down around the 23-minute mark of the episode. As Shand pursues a few of the attackers, the Gamorreans are instructed by Fett to return him to the Bacta tank.

Could this be a sign that Fett is a bit slower and less powerful than he once was? The episode starts with him in the tank, and accompanied by final flashbacks, ends with him in the tank. I hope this is a sign that the series will explore the obvious: Boba Fett isn’t young anymore. He’s an aging bounty hunter that, despite an impressive skillset, is still human. The best Star Wars stories infuse the humanity of its main characters into the exciting set-pieces central to the overarching plot.

Overall, this aging aspect of the character could really play into his expanded set of morals and ways of living. At the end of the episode, we see Fett save one of the younger captors in the Tusken outfit holding him hostage. It earns him the respect of the leader, and in turn, gets him further than a violent escape does earlier in the episode. These lessons, especially for a bounty hunter, only come with experiences outside the run and gun approach to living. If done right, then this could be a masterful expansion of the character.

Are the Star Wars Disney+ Series Eclipsing the Films? 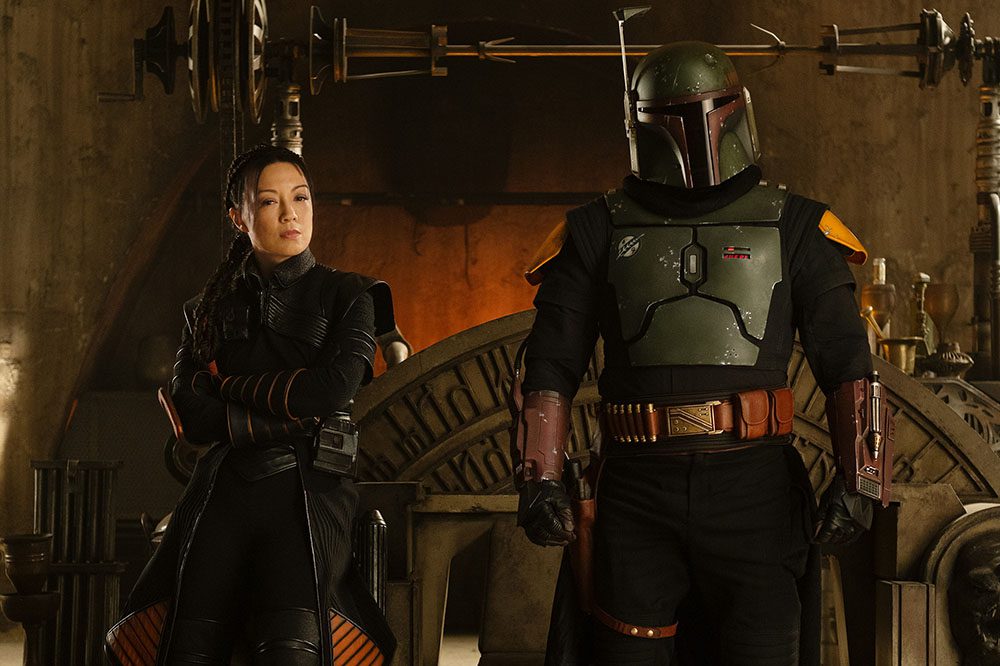 In around 30 minutes, actors Ming Na Wen (Fennec Shand) and Temuera Morrison (Boba Fett) are wonderful. The two truly feel like enough to hold the show together on their own. Brief moments with side characters are nice. That said, give me eight episodes of these two shutting down challengers and I’ll be happy. It speaks to something slowly emerging from the live-action Disney+ series set in the Star Wars universe.

We’ll need to see the entire season of this show to play out to know definitively whether it’s a great Star Wars story or not. From the series premiere of The Book of Boba Fett, however, I have an inkling it’s set on a trajectory akin to The Mandalorian. That path, evident by a few episodes into the first season of The Mandalorian is how well the spirit of Star Wars works in this TV series format. If The Book of Boba Fett series premiere is any indicator, then we might be faced with a tough truth about the recent films in this franchise.

The best way to sustain the magic of Star Wars might end up being the series format. The Sequel Trilogy, which I quite liked, feels sparser. I love the world-building and vitality of what executive producers Jon Favreau and Dave Filoni accomplish across episodic adventures. Is the future of what Star Wars can accomplish relegated to the series format? I wouldn’t go that far. That said, it’s clear that the right people in charge can make or break the effectiveness of carrying across central themes in beloved Star Wars media to new stories. Those themes explored and explained by Filoni and Favreau in Disney Gallery: The Mandalorian are simply stronger in the Disney+ series than in recent films.

Stream The Book of Boba Fett On Disney+ 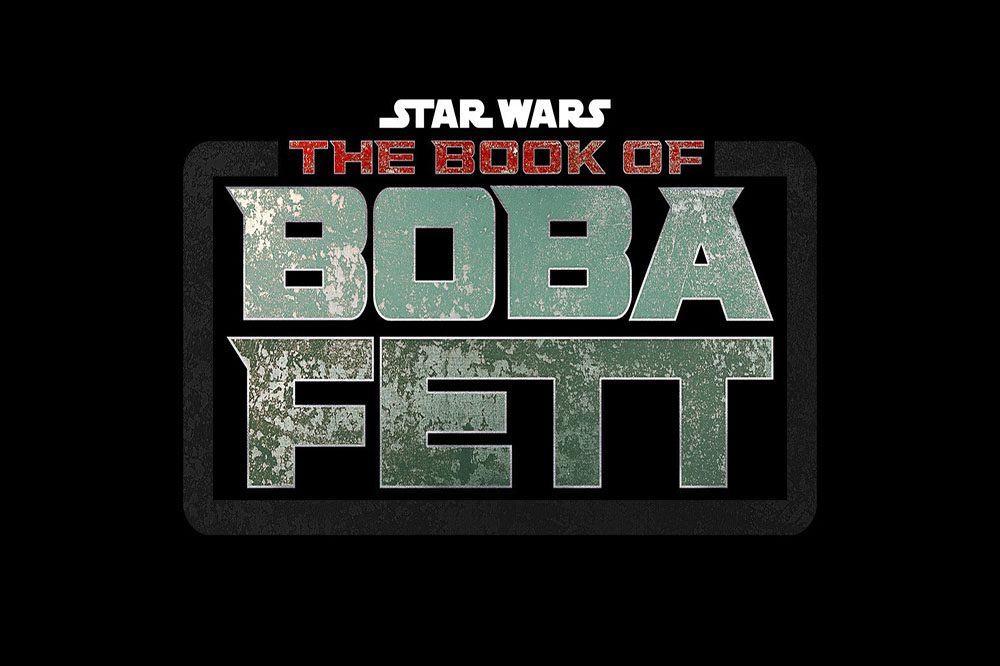 You can stream The Book of Boba Fett series premiere now on Disney+. Episode 2 will arrive on January 5th on the streaming service. If you have thoughts on the first episode, then make sure to share them in the comments. I think overall this is a great start to what should be a fun ride. Plus, who doesn’t love more Star Wars content?

Speaking of, keep reading Comic Years for more on The Book of Boba Fett, Star Wars, and all things comics and pop culture.