The Acolyte Cast and Production Update

Things are getting exciting in the Star Wars world! Recently, we’ve had quite a lot of content that fills in the gap between major periods of the Star Wars universe. For example, Kenobi helped to tell some of the stories between Revenge of the Sith and A New Hope, at least for Obi-Wan. Then, there’s the upcoming Andor series depicting Cassian Andor’s decision to join the Rebellion. On top of this, we’ll get Tales of the Jedi later this year. This anthology series will show us some of the important Jedi during the prequel trilogy. Additionally, there’s The Acolyte, which happens around 100 years before The Phantom Menace. After a long while, Disney gave an update about The Acolyte cast members.

So far, we know relatively little about the plot of this show. We know that it will help explain how the Sith and members of the Dark Side managed to infiltrate the Republic. In the prequel films, we saw the last days of the Republic as the Sith took it over entirely. However, in The Acolyte, we’ll learn about how this first came about, particularly how the Sith rose to power. As such, this will be the furthest point on-screen we’ve travelled to in the past of the Star Wars universe. Of course, other shows have flashbacks and similar things, but this is the first show to occur during this older time period. Naturally, to tell this ancient story, Lucasfilm has decided to include plenty of notable individuals to be part of The Acolyte cast. For the as-yet-untitled main role, Disney has cast Amandla Stenberg. You might have seen her in The Hunger Games or, most recently, in the film adaptation of The Hate U Give. It’s unclear who Stenberg is playing or which side of the Force she’ll be on – we have no character details yet! According to rumors, Stenberg will play a character with emerging dark-side powers. She supposedly becomes part of the Dark Side in the upcoming series.

Additionally, Jodie Turner-Smith is rumored to be in talks with Disney to play another major role in the series. Turner-Smith previously had the lead role in Queen & Slim. Of course, we’re not sure if this is true; if it is, it doesn’t mean she’ll definitely get a role. If Turner-Smith does appear in the show, it’ll be great to see many female characters. Currently, Turner-Smith and Stenberg appear to be the only series regulars as part of The Acolyte cast. There are rumors about the others, but Disney hasn’t confirmed anything.

If that wasn’t enough, we also know more about The Acolyte crew members. Supposedly, Kate Herron is the director for the series, and she’s most famous for her work on season 1 of Loki. For this, Herron received critical acclaim, so seeing her on another Disney Plus show is great. 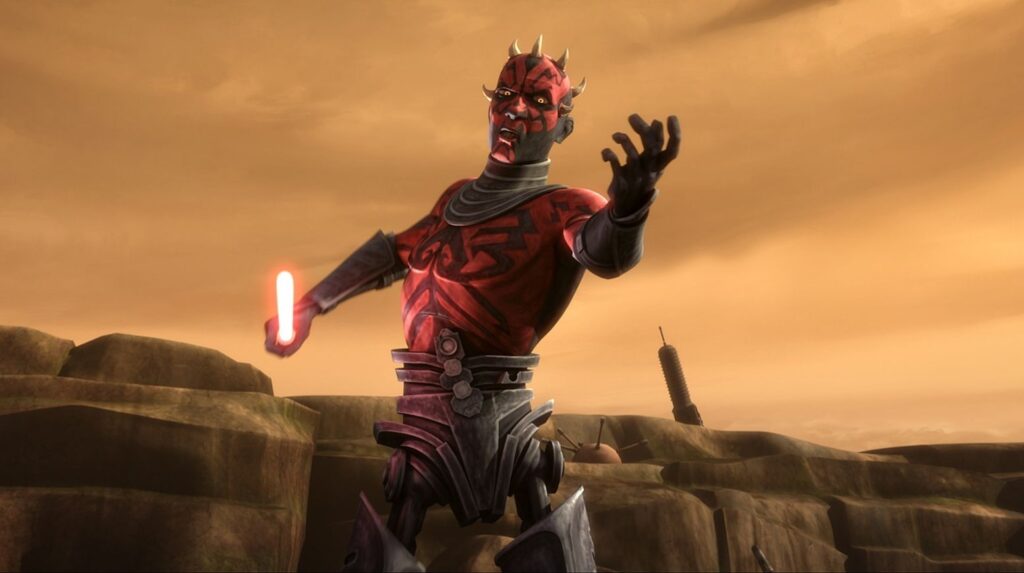 Also, it’s not just The Acolyte cast that’s been rumoured recently. Some reports state that Disney will begin filming the show in London in the late fall. If so, it appears we’ve got quite some time before Disney decides to release the show. Since Jodie Turner-Smith is rumored only recently to be in talks, it’s likely she won’t make an appearance in the show until much later. We hope this rumor is true, as it’d be great to see her team up with Amandla Stenberg on the show!

Additionally, many rumors about other individuals could appear in the show. Since the show will focus on the shadowy secrets of the Dark Side, some fans believe Darth Maul could make an appearance. After all, he played a major role in the prequel series, so he could help the Sith to infiltrate the Republic. Of course, nobody in The Acolyte cast suggests this, but it’s an interesting rumor.

There are also reports that we might see Darth Plagueis for the first time. In the Legends canon, fans saw this character’s fall with the Plagueis novel. However, when Disney took over, we saw very little else of Plagueis. Perhaps The Acolyte is the time to see him in full.

Disney will release The Acolyte exclusively on Disney Plus in 2023.

What are your thoughts? Are you excited about this show? Who else do you want to see in The Acolyte cast? Let us know your thoughts below!

Marvel’s Midnight Suns Release Date Confirmed For December!
The Witcher 4 News – It “Will Be a New Saga”