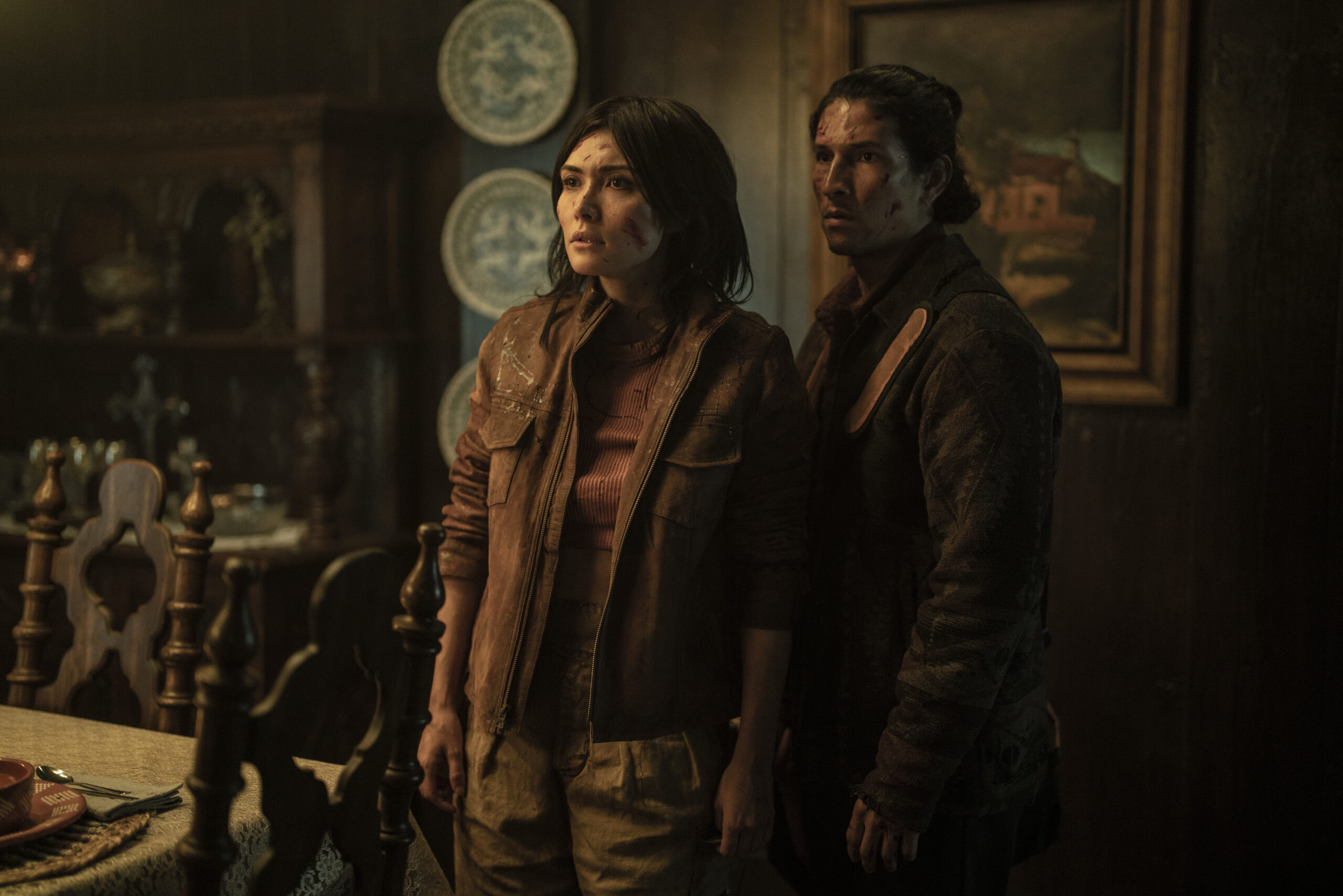 Last night, AMC aired the Tales of TWD finale – and what an ending it was! The entire season of Tales of the Walking Dead has been a mixture of reality and fantasy. The second episode focuses on a bizarre time loop, while the fifth episode features an amnesia storyline. And all of these plotlines happened against a backdrop of the living dead! The latest episode, which also marked the ending of season 1, was no different to the strangeness of the other episodes.

In the Tales of TWD finale, we saw Daniella Pineda‘s character Idalia and her boyfriend Eric, played by Danny Ramirez. The pair tried to find shelter in the woods, away from the walkers and other potential threats. Suddenly, Idalia remembers a story she previously heard of a witch in the woods, and the pair decide to look for her house. Naturally, they manage to find it – and the witch herself, Doña Alma, played by Julie Carmen. Alma allows the pair to stay with them, but she dies at the dinner table after choking on food.

As such, the pair bury Alma in the backyard and believe it marks the end of their dealings with her. But this is the Tales of the Walking Dead – the dead don’t stay still for long! Alma does return, however, not in the way you might suspect. Instead of returning as a walker, she returns as a ghost who haunts Idalia and Eric. Her ghost attempts to exact revenge on the pair – but how?! Here are some possible explanations. At the very beginning of the Tales of TWD finale episode, we meet Idalia and Eric. Initially, it appears the pair are just your usual Walking Dead couple, trying to survive against the army of the dead. However, it’s soon revealed that the pair are much more ruthless and bloodthirsty than you might think. In fact, Eric killed a member of their group simply because she injured her ankle. Naturally, the other group members didn’t like this – so Eric and Idalia murdered all of them. That’s one brutal couple!

So, their ability to murder innocent people calls into question Alma’s real cause of death. Perhaps we see things in the Tales of TWD finale from their perspective. They cannot deal with the fact that they are murderers, so the pair have repressed the memory of murdering her. Instead, they believe that she choked on her food instead of admitting the truth about her murder. This also links with the couple’s attempts to repress their memories of murdering the group.

This theory appears to hold weight, as choking on food is an odd way to die in the show! Additionally, Alma’s “ghost” tries to choke Idalia, suggesting that she wants revenge for them murdering her. In a flashback sequence, we see Eric killing a parrot after it doesn’t stop talking. He loses consciousness and wakes up with the parrot dead in his hands. As such, Alma being the ghost of repressed memories isn’t too far-fetched – even for the Tales of TWD finale!

What Happened at the End of Tales of TWD? 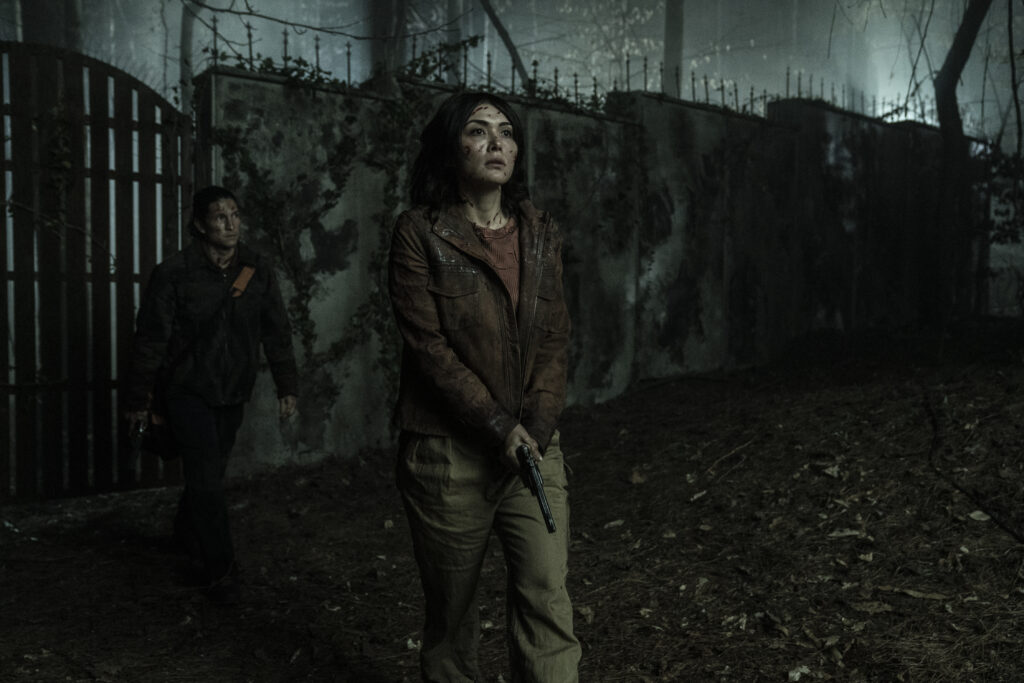 Of course, it’s unlikely that Alma’s ghost is real, and it’s probably just a shared hallucination. This wouldn’t be the first episode to deal with shared mental instability, as the time loop episode showed something similar. In this episode, we saw two employees with a shared psychosis, leading to events repeating themselves until the pair managed to work together. As such, featuring similar events in the Tales of TWD finale would be a nice callback to this earlier point in the series.

At the end of this episode, we see Idalia and Eric fighting with one another. The pair become entwined underneath Alma’s house and see visions of the dead. However, these aren’t just any old dead bodies – they see the corpses of their former victims. These include the murdered people in their former group, along with Alma. Naturally, this can’t be happening – so what is going on?

Well, we may see the pair’s paranoia come into full effect in the Tales of TWD finale. Eric and Idalia are terrified of becoming like their victims and can no longer repress their memories. The episode ends with the pair seemingly stabbing each other, though it’s unclear if this happened. It was certainly one jam-packed finale!