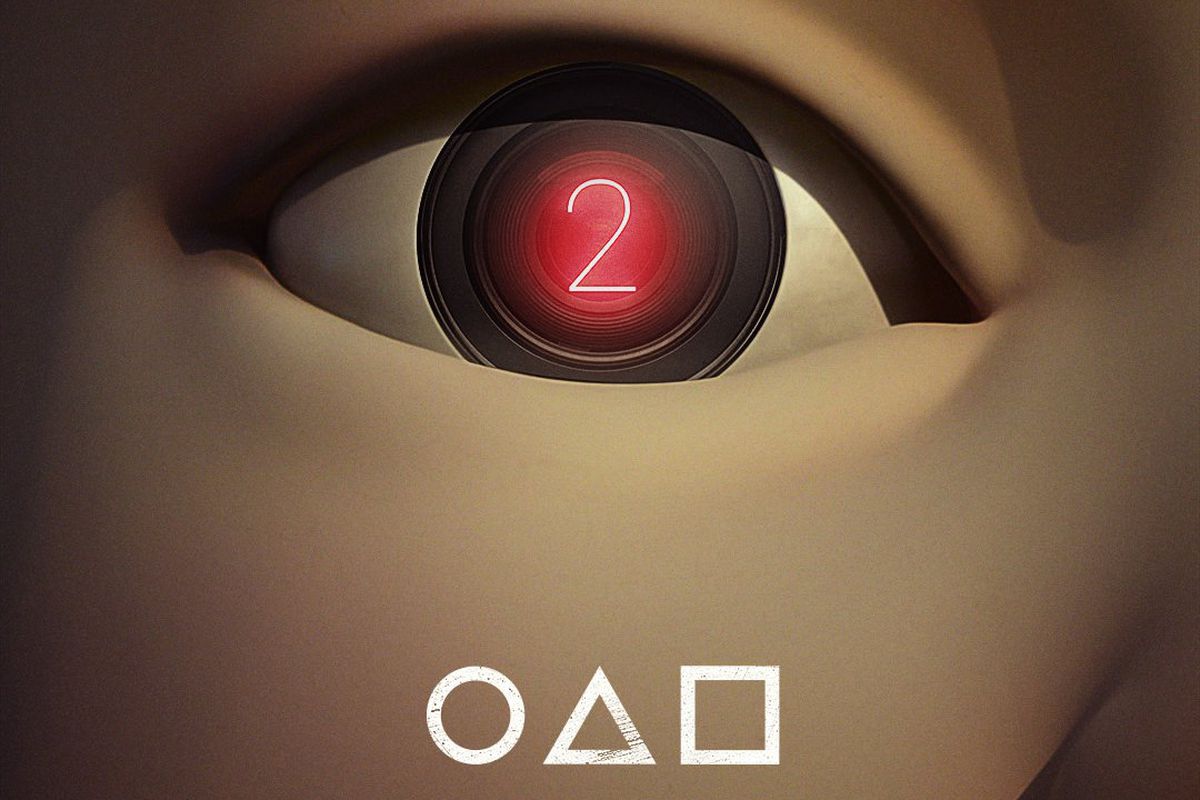 Netflix has officially green-lit Squid Game Season 2 with a video and message posted on social media. A new teaser video features Young-hee, the show’s infamous giant killer robot doll, as the number 2 flickers in her robot eye while her distinctive song plays in the background. If it’s been a while since you watched: Gi-hun is the show’s main character. Young-hee is a giant animatronic doll that is the centerpiece of a game called Red Light, Green Light, and her boyfriend’s eye is the focus of the teaser trailer. His name’s apparently Cheol-su. Also confirmed to return is the Salesman, the character who first draws Gi-hun into the world of the Squid Game. 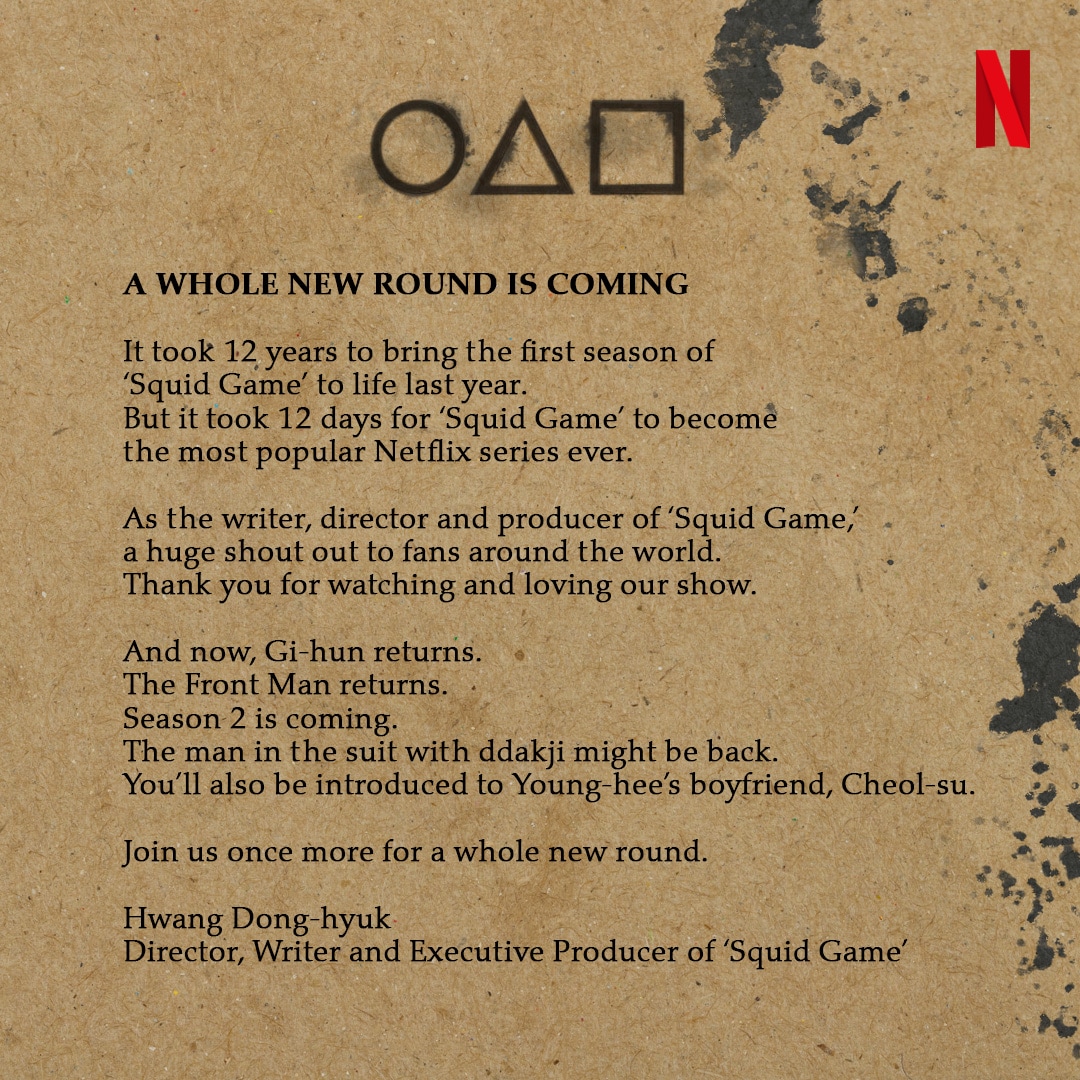 Hwang Dong-hyuk, the creator, writer, and director of the wildly successful Netflix show Squid Game, has published a teaser trailer and a note about the impending second season.

“It took 12 years to bring the first season of ‘Squid Game’ to life last year. But it took 12 days for ‘Squid Game’ to become the most popular Netflix series ever,” Hwang writes. “As the writer, director, and producer of ‘Squid Game,’ a huge shout out to fans around the world. Thank you for watching and loving our show… Join us once more for a whole new round.”

Netflix published the director’s note for fans in the same thread. “Hwang Dong-Hyuk writer, director, producer, and creator of @squidgame has a message for the fans:” The message reads, “It took 12 years to bring the first season of Squid Game to life last year. But it took 12 days for Squid Game to become the most popular Netflix series ever. As the writer, director, and producer of Squid Game, a huge shout out to fans around the world. Thank you for watching and loving our show. And now, Gi-hun returns. The Front Man returns. Season 2 is coming. The man in the suit with ddakji might be back. You’ll also be introduced to Young-hee’s boyfriend Cheoul-su.”

The nine-episode Korean drama is one of Netflix’s biggest-ever original hits, and it’s heavily inspired by Battle Royale (the movie, not the videogame genre), as Tyler remarked at the time, as well as items like the Running Man. Combining some of these apocalyptic themes with children’s street activities adds to the dread. Due to the show’s popularity, it spawned a slew of videogames loosely based on its concepts, primarily on creative platforms like Roblox and Minecraft, which witnessed a flood of “squidlikes” and a slew of Squid Game mods. Netflix has also stated that an official Squid Game: The Game is being considered, but has since gone silent.

The conclusion of the previous series made it clear that this narrative would be continued, and it deserved to be successful (not least for the stunning and imaginative set design). Season 2 has yet to be announced, but I’m confident it won’t take another 12 years to come. Source: We Got This Covered

Despite the fact that Netflix’s circumstances have changed since the episode first aired, the show has been renewed. Despite the worldwide success of Squid Game, Netflix reported its first dip in members in ten years in April. Layoffs and a reported tightening of production budgets nearly across the board followed swiftly. Netflix is also focusing on password sharing and has informed employees that ad-supported streaming will be available by the end of the year.

Season two isn’t set to premiere any time soon, and it’s unclear whether it’s even finished. Hwang told Vanity Fair in an interview that the next season of Squid Game releases by the end of 2023 or 2024, and will have more devious games. So, if you want to see what kind of problems Gi-hun gets himself into next, you’ll have to wait a year or two.