She-Hulk CGI After An Onslaught Of Criticism

Home » TV Shows » She-Hulk CGI After An Onslaught Of Criticism

She-Hulk CGI After An Onslaught Of Criticism 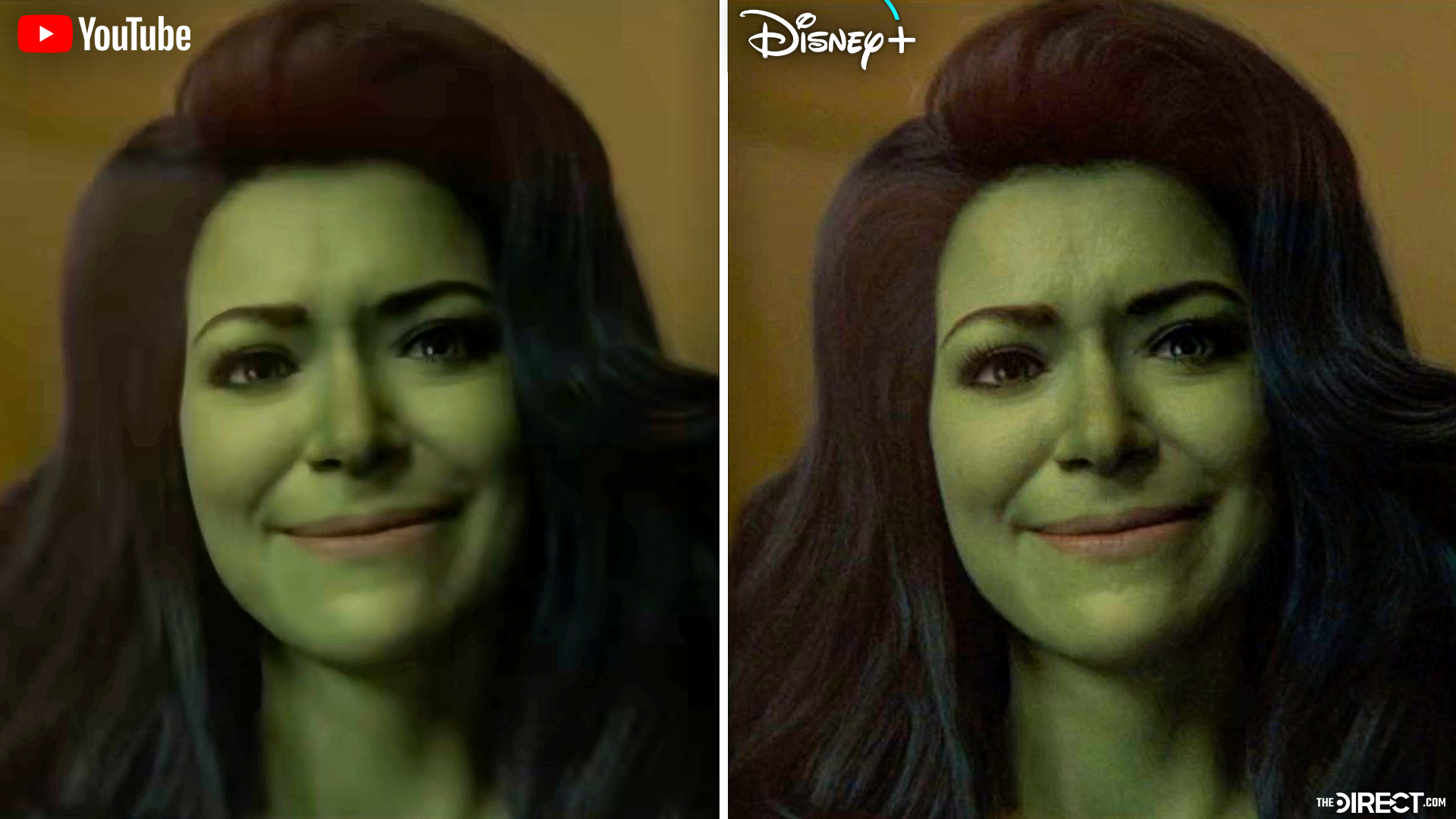 Last April 14th, we remarked here that the release of She-Hulk could suffer delays due to CGI. However, from what we saw in the first trailer, this was not the case. From Marvel, they rushed to release a trailer that was not completely ready. This first footage showed very poor Shu-Hulk CGI, and fans quickly jumped on social media to slaughter it. Luckily now, Marvel is known for listening well to fans. Today, Marvel updates She-Hulk CGI by releasing some images with the CGI fixed. Let’s check them out. 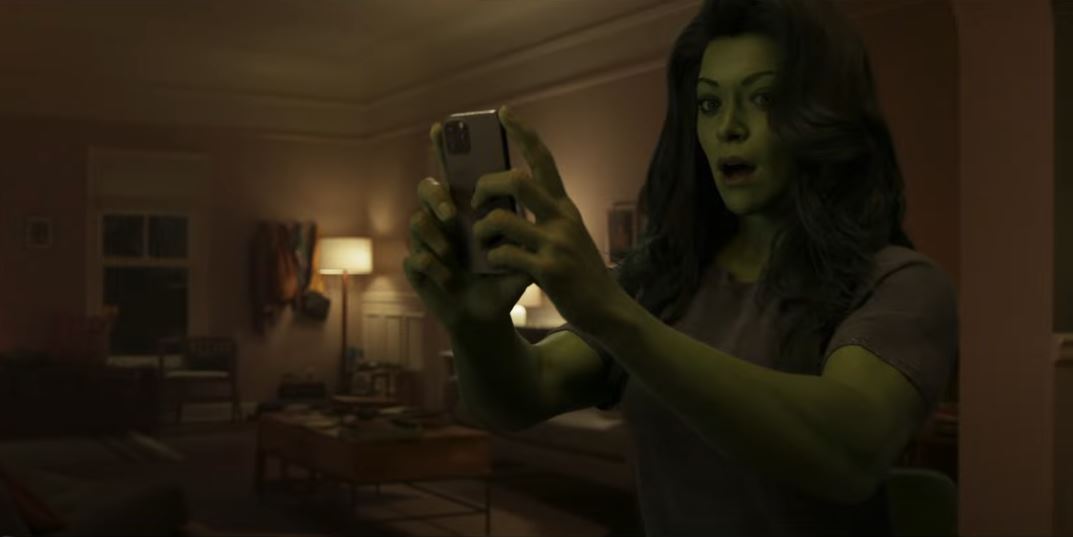 Marvel Studios surprised viewers last May 17th with the premiere of the first official trailer for She-Hulk: Attorney at Law, a series exclusive to the Disney Plus platform. Here we commented on some curiosities in the trailer, such as the incorporation of Abomination.

Unfortunately, this new material has taken a lot of criticism due to the poor quality of the CGI or special effects. In She-Hulk’s facial expressions, it’s easy to notice that many details are missing. Still, it’s much easier to see the differences between movies like Avengers: Endgame and Professor Hulk’s appearance. Fans were quick to come out and slaughter this preview with all sorts of memes. Some compared She-Hulk to the character Fiona from the movie Shrek (2001).

There is a lack of definition in the textures and shadows on the green characters. At the same time, it is surprising that Marvel Studios opted for a small, unmuscled version of She-Hulk compared to the comics. Some people in charge of the special effects stated that they were asked to reduce the size of the superheroine.

Now we can take a new look at the images. Faced with the avalanche of criticism, Marvel Studios wasted no time and already offered us some corrected scenes. Here are some of them: 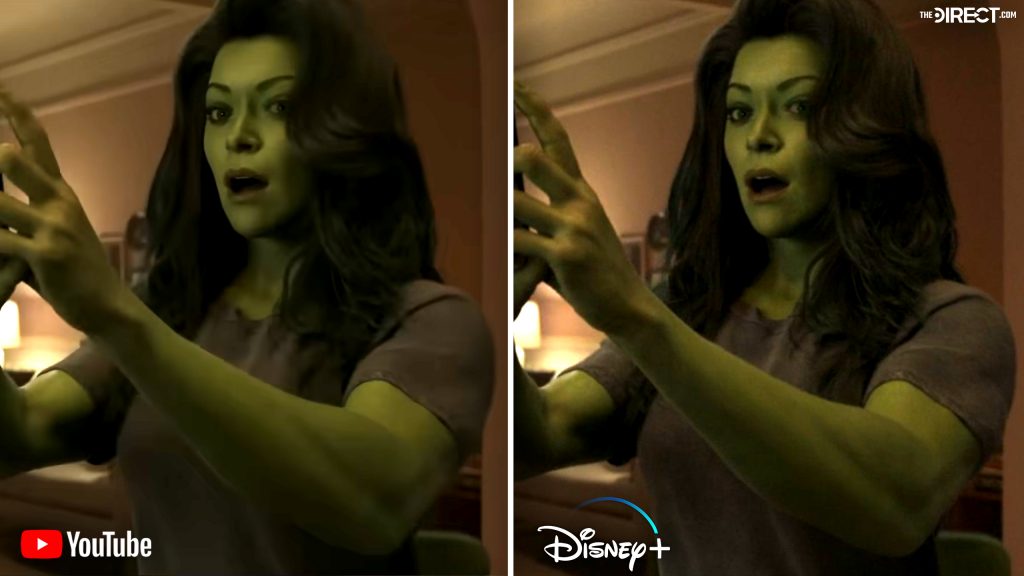 The Last-Minute Changes in the MCU

It is not surprising that these glitches happen. Marvel’s release schedule is completely tight. The production company, directed by Kevin Feige, never stops releasing quality products. It’s easy to imagine they must face serious situations to meet deadlines. We see television products that have the quality of feature films. Despite this, Marvel Studios still has a card up its sleeve: the series has not been released yet and could even modify the CGI once it is screened on the Disney Plus platform.

Marvel Studios has done this before. After the premiere of Spider-Man No Way Home, many fans criticized the poor CGI in certain scenes. Marvel wasted no time and set about correcting the digital effects for the film’s physical release. Changes of a different nature were also executed, even with the product already released. Recall that The Falcon and the Winter Soldier was censored after several weeks of its release to bring it in line with the age rating. Well, Marvel has just repeated the case.

In the latest trailer, Marvel updates She-Hulk CGI, in the application has better quality in the character’s texture. We are sure that the team in charge of the show’s special effects is working day and night to correct it. There is currently a unique situation. Marvel can play with the audience thermometer, releasing previews and waiting to see the reactions. With this feedback, they can make small and bigger changes. This way, they can offer us better quality products and keep the fandom happy.

The series of the character, played by Tatiana Maslany, will premiere next August 17th.

Morbius Was Looped on Twitch, Getting Thousands Of Viewers
Star Wars Celebration 2022 – What to Expect