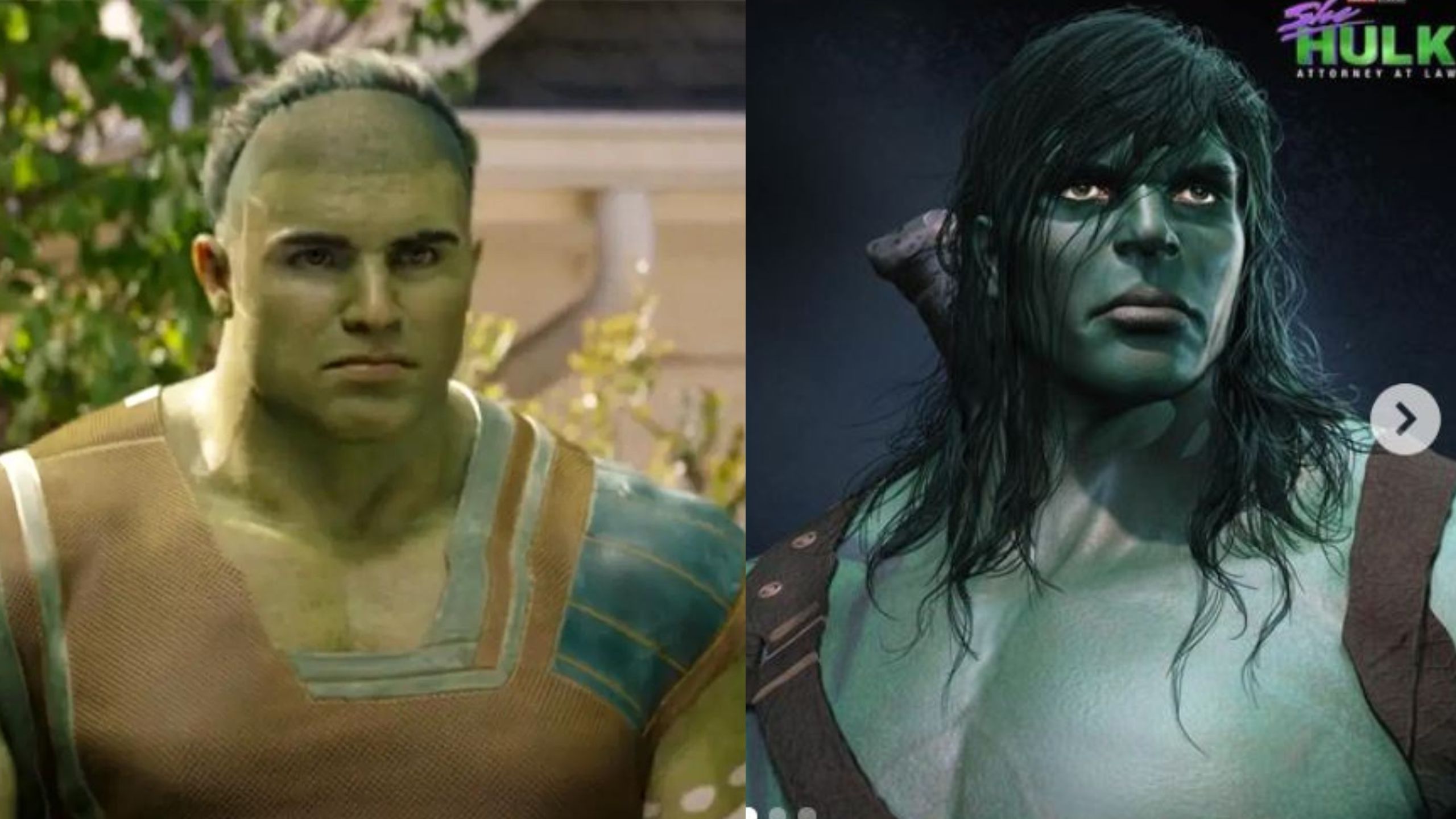 The Disney+ She-Hulk series brought several characters from the MCU, as were the cases of Abomination, Daredevil, and Wong, the current Sorcerer Supreme of the Masters of the Mystic Arts. Others shown were the Hulk, in his intelligent version (Smart Hulk or Grey Hulk), and his son Skaar. The appearance of this last and new member of the Marvel Universe created controversy among fans.

Episode 9 of the series was quite revealing, with Jennifer having a family meal. She invited her cousin Bruce Banner. However, he came with a surprise introducing his son Skaar, revealing details during his stay in Sakaar. Like all characters related to the gamma giant, Marvel Studios created him with CGI effects.

In a recent release, Marvel commented on how they developed him. This information generated an additional lookout for the character, considering the rumors that came from his appearance. Among these were the opening of the World War Hulk saga and the details of improvements to his arrival. Something that may please users, considering the criticisms the character received.

On his Instagram account, Constantine Sekeris, the artist in charge of designing Skaar’s conceptual appearance, posted images of several character designs. Among the images posted, we can highlight an image with long, flowing hair, with a giant sword on his back.

Sekeris stated that he was honored to create this Marvel character and also detailed, “Hello all….posting some more early She-Hulk Skaar designs done at Marvel Vis Dev lead by Jackson Sze…..again as mentioned before so honored and excited to have had the great opportunity to work on this character….”.

The artist commented that he wanted the character’s appearance to tell part of his story. Among the details he highlighted are the tattoos that prove he is from Sakaar and the sword that shows he is a gladiator like his father. 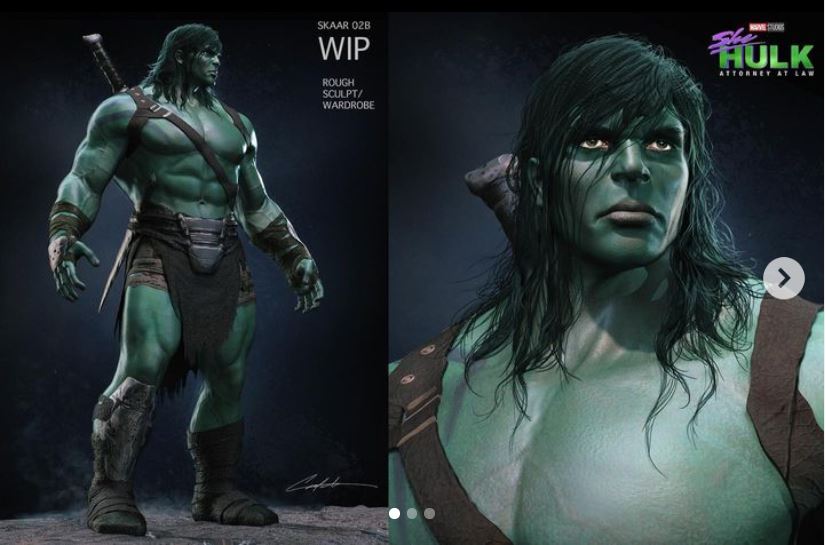 On this point, Sekeris commented about Hulk’s son Skaar, “the tone of the show is light and funny so I wanted to stay in a pallette that accomodated that and with this specific design for Skaar bringing an element of his fathers Sakaar armor design reflecting that’s he is from Sakaar….i tied his long hair back to b able to show some of the Sakaar Tattoos that he would have similar to his dad when he was a gladiator.”.

The images show a strong, tough Skaar in his mid-teens with an estimated age of 17 or 18. He has his father’s strength, considering how marked his muscles are in the images. He also showed two versions of this one, one with long hair and a Conan the Barbarian-style countenance.

The other version has his hair tied back, with a countenance just as tough as the previous one, although it denotes less aggressiveness.

How Will We See The Character Again in the MCU? 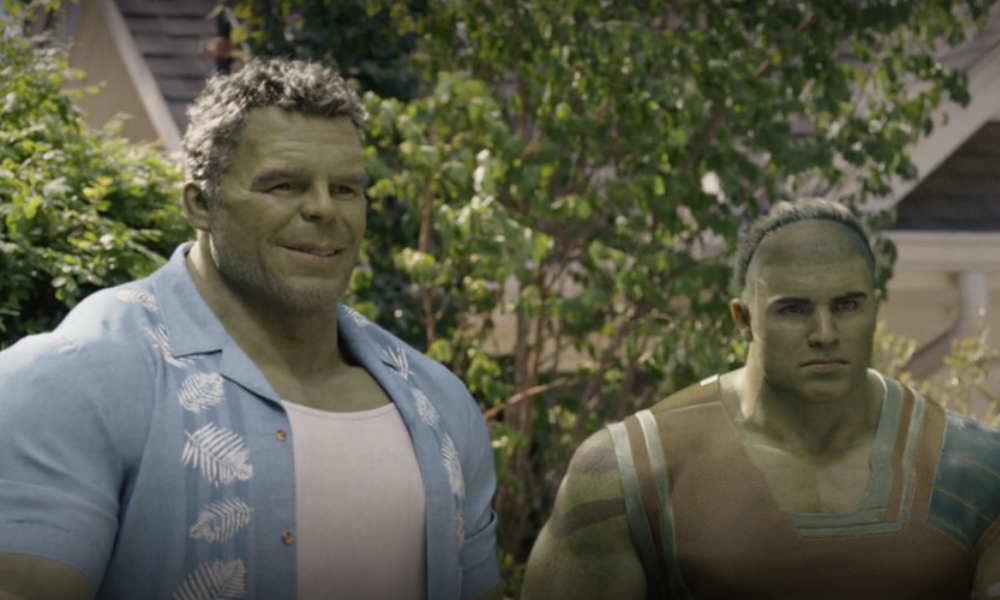 There are several doubts about Hulk’s son Skaar and his possibilities within the MCU. The first one is that he will open the World War Hulk saga, which would be a shame, considering that he dies at the beginning. He is the main cause of the war between the gamma giant and the rest of the world.

Another option that makes more sense is to include Hulk’s son Skaar in other sagas like the Young Avengers. Considering they went to great lengths in the design to have him honor his father as a gladiator. It would be no surprise if he also made it as an upcoming Avenger, who would be recruited by Vision.

This last theory makes some sense, considering several events within the MCU. First, we have the announced reappearance of Vision in a series that may prompt him to initiate recruitment. Second, we have Casey Lang’s early appearance in Ant-Man 3, wearing a heroine’s costume. This suggests that Marvel is strategically showcasing characters from this sequel.

We can also add to this fact the mention of the different versions of Kang: The Conqueror. Considering that one of his versions, Iron Lad is also part of the Young Avengers.

Another possibility is that he could appear in the second season of She-Hulk, joining Jen to fight villains in the city. She could also be present in the 4th Captain America movie due to the presence of the villain Gamma, an enemy of her father, The Leader. It could be the case that he controls his father or kidnaps him and goes to rescue him with the help of Sam Wilson.