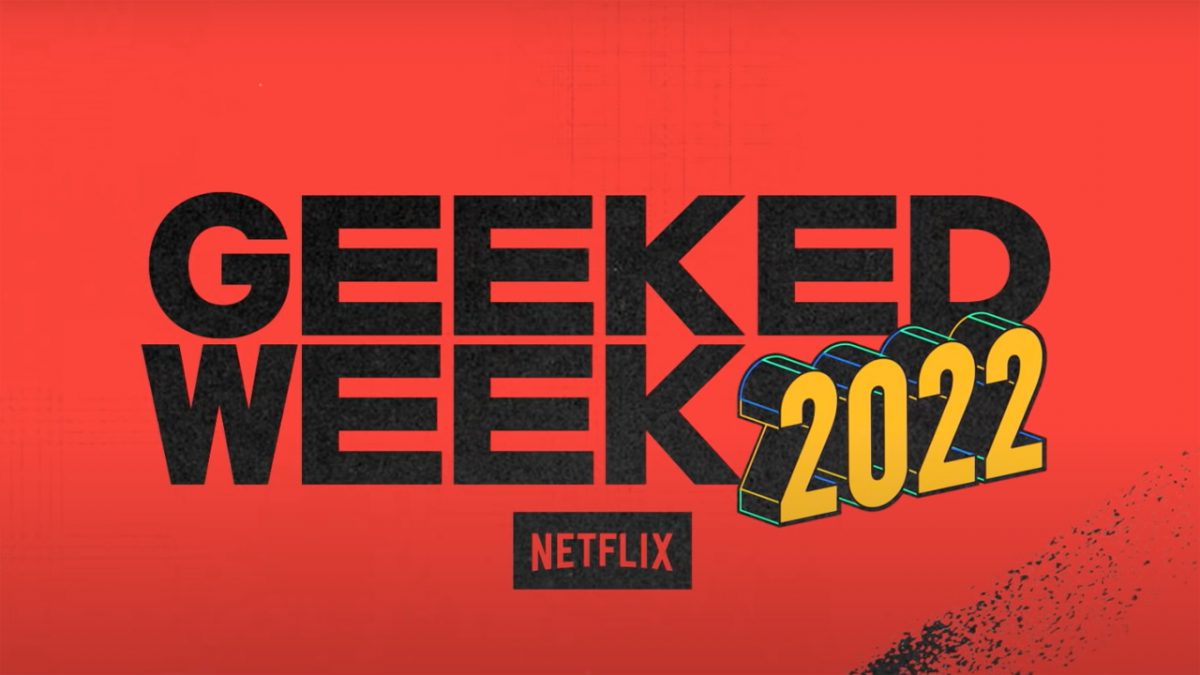 Netflix Geekend week 2022 is off to a strong start. Yesterday a lot of content was released to kick off the week-long event. This time is the second consecutive year that Netflix has celebrated this event. However, readers should note that the platform has not had good financial results in recent months. We reported here that Netflix had a drop of 200,000 subscribers with its consequent crash in the stock market. For this reason, this year is critical, and they will have to present good quality material to recover the lost users. Below we will see our TOP 5 trailers of the upcoming releases.

Netflix Geekend Week will take place from June 6-10, packed with trailers, panels, and surprises. From what we could see in the official trailer, we will have previews of more than 40 titles, including The Umbrella Academy Season 3, The Gray Man, The Sandman, and Stranger Things Season 4, among many others. The event schedule is loaded with surprises, and they upload constant updates to their YouTube channel.

However, to make it easier, we have selected five titles that have just released trailers that promise to offer a good product. Let’s remember that despite being the leading streaming platform, Netflix is not at its best. So the Netflix Geekend Week can be a turning point for the platform, to consolidate as a leader or lose in the attempt.

1899 is an upcoming series released on Netflix that is raising a lot of hype. The main reason for the high expectations for 1899 is its creators, Baran Bo Odar and Jantje Friese. This pair of German-born directors are the creators of Dark, a series that was a huge success and created a very loyal fandom. Looking at the trailer’s comments, we will see that most of them praise Dark.

1899 tells the story of a group of immigrants leaving Europe for the United States in search of new opportunities. “The passengers, of different backgrounds and nationalities, are united by the same hopes and dreams for the new century and their future abroad,” the synopsis reads. However, when they discover another immigrant ship adrift, their hopeful voyage will take an unexpected turn and become an absolute nightmare because each passenger’s past will be linked through a complicated web of secrets.

This series premiered in July 2020. It is based on the comic book Warrior Nun Areala, written by Ben Dunn and directed by Simon Barry. The first season’s success was such that it ranked among the top 5 most-watched series on the platform in several countries during its first week of the premiere.

Warrior Nun presents the story of a young woman only 19 years old named Ava who wakes up in the morgue with a divine artifact embedded in her back. The protagonist has a mission to accomplish in exchange for this new opportunity she has been offered to live.

She soon realizes that she will have to fight demons that threaten the earth alongside an ancient order of nuns.

This series is already available on Netflix, and the trailer is very promising. In it, we can see the main characters in a mansion, and the camera pans around each character while saying a phrase:

And to those beyond.

Here but not here.”

The members of this club meet to tell mysterious stories. It’s called the Midnight Club. The series has behind it the creators of The Haunting of Hill House and is based on the book series by Christopher Pike.

In this first preview, we can see a brief introduction to the character of Wednesday. This twisted series is coming soon to Netflix and will move into the legendary universe of the Adams family. It will star Jenna Ortega as Wednesday, alongside Luis Guzman, Catherine Zeta-Jones, Christina Ricci, and Gwendoline Christie, among others.

In this 1:15 teaser, we see an approximation of this series that will arrive this year to Netflix. With the imprint of the master Guillermo Del Toro, we can enjoy several horror stories, which will be directed by some of the most renowned directors in this genre. You can’t miss the trailer because it makes your hair stand on end.

Are you following Netflix Geekend Week 2022? Are there any premieres you’re interested in that we haven’t mentioned? We’ll read you in the comments.

Who is Jane Foster? The New Mjolnir Bearer
Sonic Central 2022 Recap – All Their Major Sonic the Hedgehog Announcements