Loki Episode 3 Review – We Love It Like A Dagger 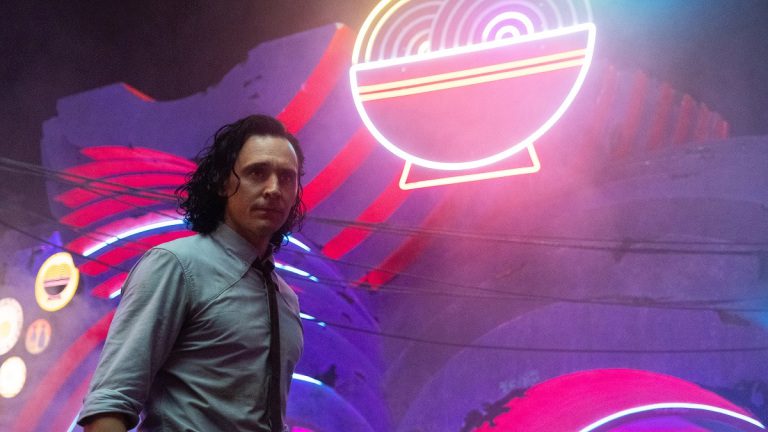 I have always said that Wednesday is the best day of the week. Counting down until hump day makes the rest of our non-weekend days go by faster, and takes off the pressure from Friday. And now, with Loki and more upcoming Disney+ series following the Wednesday release strategy, it’s become everyone’s favorite day. The drop of the latest episode of Loki has given us plenty of reasons to celebrate, and even more things to talk about. So, let’s dive into our weekly review and talk about episode 3 of Loki.

For those of you who have seen the episode, don’t worry. We’ll get to the spoilers later in this post. But we’ll warn you first so that those of you who have yet to hop on over to Disney+ can have a rest break before reading the rest. And if you need a recap from last week, take a look at our review of Loki episode 2.

A Quick and Spoiler-Free Discussion on Loki‘s New Episode

We watched last week as Loki (Tom Hiddleston) jumped into the portal to chase his lady equivalent, much do the heartbreak of his good cop/bad cop pal, Mobius (Owen Wilson.) Thanks to this exciting ending, it was clear that the third episode would shift away from the part Hannibal, part crime show procedural of the first two episodes. And while we were falling in love with the friendly chemistry between Loki and Mobius, the promise of seeing Loki interacting with, well, Loki, seemed like a fair trade-off.

The third episode does indeed follow up where we left off; Loki and Loki, running away. But are they running off together, or are they running away from each other? She is the needed Variant within the TVA’s puzzle, and Loki is their chance to capture her. But as we all could have predicted, the God of Mischief never has the needs of others above his own. That includes the TVA and the new Loki variant (Sophia Di Martino.) Does the third episode bring us any closer to being able to trust this god? Well, you’ll have to watch and find out.

A Spoiler Review For Loki Episode 3, Because Nobody Can Wait to Watch

Here is your chance to picture Miss Minutes jumping out of your computer screen, folks! She’s here to warn you that spoilers are coming up for this episode 3 review of Loki. Don’t say she didn’t warn you.

Lamentis, the latest episode of Loki, throws us into a completely new world from what we have seen so far. Our titular character follows his ladylike variant, who goes by Sylvie, back to the TVA. It seems as though one Loki being desperate to chat with the Timekeepers isn’t enough, and Sylvie makes it two. But before they’re able to go through with her plans, the duo is halted by Renslayer. She forces the variants to use a TemPad in order to escape, and their landing place is less than ideal.

In keeping with the idea of hiding within apocalypses, which is possibly one of the most cinematic decisions made by MCU writers, Sylvie and Loki find themselves on Lamentis-1. This moon has been determined to find itself being crushed by a planet in the year 2077, which just so happens to be when our pair of villains take their visit. It’s a race against time to find their way back to someplace safe (and preferably the TVA) while also having to figure out the dynamic of trusting somebody who is also kind of yourself. 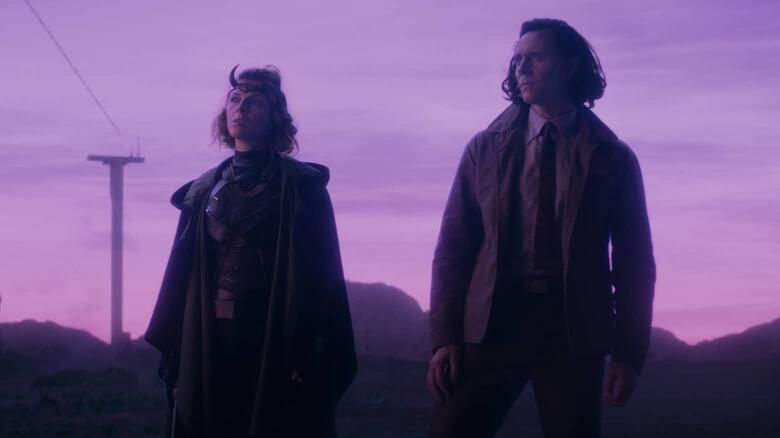 Are There Ethical Considerations Of Fighting And Hanging Out With Another You?

One of the most anticipated pieces of this episode has been how the dynamic of Loki and this woman, theorized to be Lady Loki, would work out. Would they get along, or would their arrogance drive the other crazy? As it turns out, the answer is a little bit of both, with even more sexual tension thrown into the mix. These two are desperate to show off their respective skills while taunting the other for each little shortcoming.

They sneak onboard the Ark, a train built to transport Lamentis-1 residents to safety, with the hopes of using its energy to power their now-broken TemPad. This locomotive transportation gives us serious Snowpiercer vibes, from the fancy designs to the classist way of picking who lives and who dies. But no matter who hitches a ride, these folks are driving away from an apocalypse. And, unlike the 2016 X-Men movie, there’s no escaping this one.

What started out as a search for TemPad charging power (seriously, it’s 2077 – do they not have some sort of universal adaptor yet?) turns into a fight for survival. Following a touching discussion on love, family, and the source of their magic, Loki ends up doing something pretty on-brand: getting drunk and singing with the soon-to-be-dead Ark voyagers. This causes his and Sylvie’s disguises to be discovered, and they’re left trying to force their way back on the Ark. It ends up being a blessing that Loki has a penchant to binge-drink, as the Ark is later destroyed by a meteor at the end of the episode. Yikes! 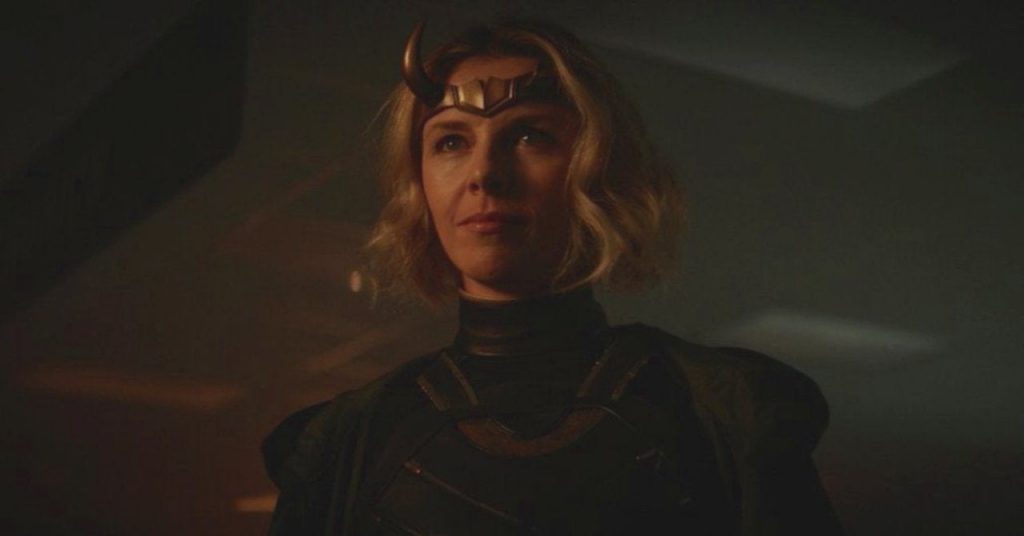 The third episode reveals a lot, and it’s far more than how cool a female version of Loki can be. Notably, one of the longest awaited coming-out moments in Marvel history occurs. “How about you? You’re a prince. Must’ve been would-be princesses or perhaps, another prince,” Sylvie asks Loki in a moment of rare bonding. “A bit of both. I suspect the same as you,” Loki responds. While short in on-screen time, this exchange gives us something that we never really get to see on screen: an openly queer headliner to a superhero property.

This confirmation of Loki’s bisexuality is not a big surprise to many viewers. He did star in the film with the most bisexual energy of all time, Thor: Ragnarok. And his character has also been confirmed as being gender-fluid in earlier promotional pieces. Yet, having a character undoubtedly confirm an attraction to men is an exciting step for queer representation in big-budget film and television. We only hope that this carries on in later episodes or films, and does not end up being a one-line wonder like the brief mention of a gay character in Avengers: Endgame.

Some TVA Realizations, Too

One of the most discussed elements of the show since its premiere has been about the nature of the TVA. Is the organization good? Evil? Somewhere in the middle? And who the heck are these Timekeepers, anyway? Many people have been questioning the agents themselves, who seem a little off. From Mobius’s love for jetskis to Casey (Eugene Cordero) not knowing about aquatic animals, it all seemed a little bit too contained. Luckily for us, Sylvie has cracked a few codes. Her insight has revealed that the TVA agents weren’t always working in the multiverse. At one point, they were variants just like them.

This discovery, and Loki’s reaction to it, says a lot about the TVA’s true nature. Our mischievous lead had trusted Mobius’ answer that he had always been in the TVA. This makes it clear that the previous variants are not aware of their true identities, and that a past self might be hidden somewhere under the surface. Could Mobius himself be remembering the good old days of going out on jet skis? And was Casey a fisherman who has lost the ability to remember the sea? And, more importantly, is Renslayer the only one who knows the truth?

The real identities of TVA workers could lead to what lies for our characters. Our theory is that Loki and Sylvie help teach them how they found themselves working in an endless office space, turning them against Renslayer until they found out the sinister truth about the Timekeepers. This would allow for Mobius and Loki to reunite on good terms, keeping our buddy cop pairing together and keeping our hearts even happier.

Before we get to the truth about the Time Variance Authority, we need to find out how on Earth Sylvie and Loki are going to find themselves off of that darn moon.

We Love Loki To The Moon And Back, But He Still Needs To Get Back

It appears that Sylvie and Loki are in a city filled with electricity. Surely, there has to be some power somewhere. Right? But simply recharging their gear seems anticlimatic after watching a little planet chase a moon. In the name of theatrical flair and pure speculation itself, there has to be another way. Could Mobius have tracked down Loki on his own, saving them in the nick of time? He does have an understanding of which apocalypses they could be in, so it’s not too far-fetched.

Another possibility is that one of our leaders isn’t telling the truth. While they have had their moments of mutual understanding, the relationship between Loki and Sylvie does seem to have moved a little quickly. Sylvie may have Loki under some powerful enchantment, using the destruction as a way to find out more about him and his knowledge of the TVA. Loki could also have Sylvie under enchantments of his own, which would make sense after all of his red-herring talk about not knowing how to perform them as well as her. He always has to have something up his sleeve, and a disappearing dagger might not be the only one. 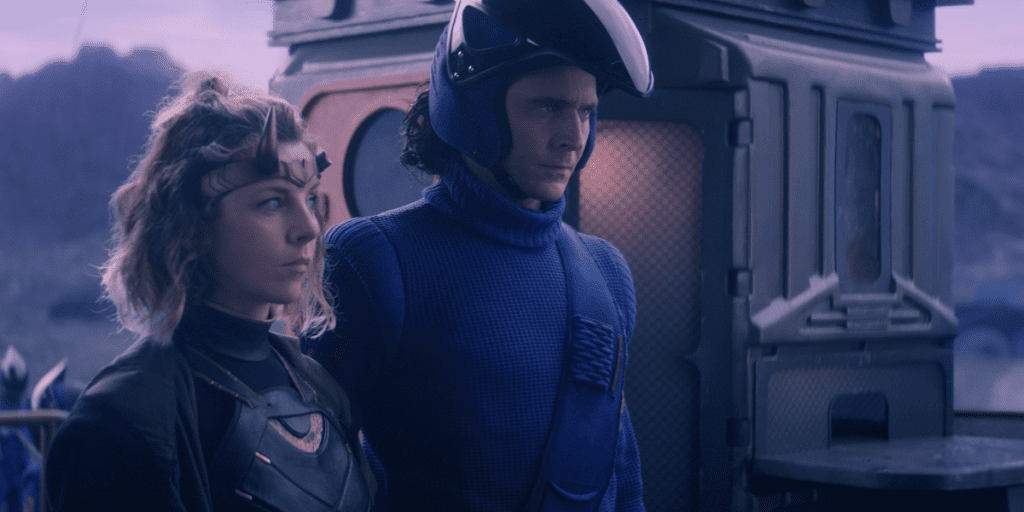 Our Final Review Of Loki Episode 3: Can The Time Keepers Make Next Week Come Sooner?

The third episode of Loki has given us the same level of fun as we have come to expect. We can’t seem to get tired of Loki’s character, as each new scenario gives him an opportunity to challenge expectations and brush off chaos with his unique charisma. But will it always be this fun, or are we in for heartache like with WandaVision?

A lot can happen when you’re trapped on a planet with a female version of yourself. These two tricksters aren’t going down without a fight, and we want to know if they end up going up against the other again or joining forces and riding jet skis off into the sunset with Mobius.

Readers, do you agree with our review of Loki episode 3? Let us know your thoughts on the new episode and your predictions for next week.

Pokémon Sword And Shield Lawsuit Settles, Leakers Owe $150K Each
There’s Going To Be Another Snow White Movie, This Time With Rachel Zegler