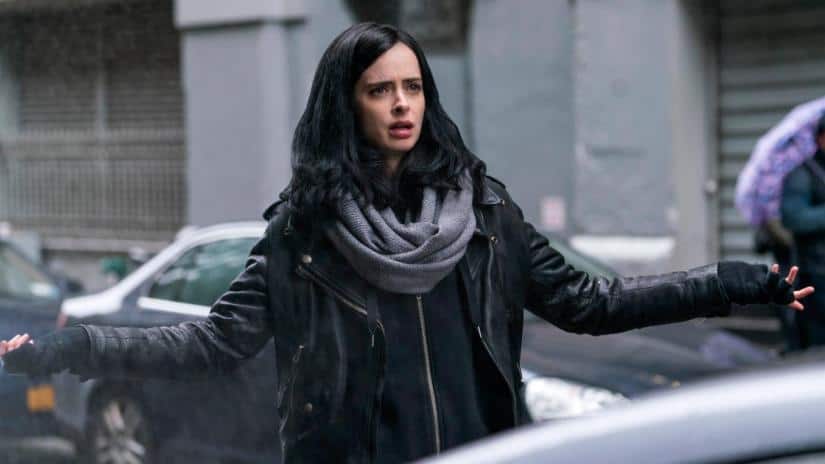 The cancellation of Netflix’s Jessica Jones came as no surprise, following the cancellations of Daredevil, Iron Fist, Luke Cage and The Punisher. While the cancellations of the other Marvel shows occurred following the release of their last seasons, Jessica Jones had one last chance to showcase the dark and daring ambitions of what Netflix had planned for Marvel. Even though the 13-episode season released on June 14th, 2019, Netflix did very little to advertise its release, letting it sit amongst the dozens of other original content. Now that the final season has come and gone, Jessica Jones has quietly marked the end of an experimental era of streaming and ends the Netflix-Marvel collaboration that had once held high hopes to fans

It’s tough to imagine any season beating the beauty of Jessica Jones season one. David Tennant’s portrayed of Kilgrave, a man with mind control powers who is infatuated with the titular Jessica. His performance received due praise. Tenant’s Kilgrave is arguably one of the best villains to come from Marvel, period.  Perhaps killing Kilgrave off was the first bad decision made by the writers of Jessica Jones. Each following season took a sharp dip in ratings. Though fan theories emerged insisting that Kilgrave wasn’t really dead, his brief cameo appearances in season two and three were never more than flashbacks and figments of Jessica’s imagination, crushing any dreams of a character revival.

What Went Wrong For Jessica Jones?

The cancellation of multiple different series wasn’t just because of a lack of another great villain. It may have been hard to imagine just how quickly these shows would fizzle out. After all, the hype that was garnered after Daredevil first release was exceptional, however, it was a pretty big experiment. Nobody seemed to complain about Avengers: End Game’s 181-minute runtime. However, the amount of time that we spend with our Netflix heroes can be a lot to take in. With long seasons, there’s so much content for each show to stop feeling like what we’ve grown to expect from Marvel. Of course, the time that we were given with each show gives a chance to showcase true character development and world-building. However, it can be too much for the average viewer who just wants to relive those great, violent moments like Daredevil’s car door scene from season one.

The reason why Netflix gave us such great content in the beginning was because the Marvel shows were one of their first true projects. House of Cards, the streaming platforms first original series. Its release came less than a year prior to the announcement of the collaboration between Marvel and Netflix. With the success of House of Cards, Netflix needed to prove that they were revolutionary and willing to put out new and inspired content. This is what gave us such ground-breaking, innovative plotlines, from Jessica Jones’ portrayal of PTSD to Luke Cage showcasing racist police brutality. Almost a decade later Netflix has grown a seemingly never-ending list of original content. The Marvel universe is no longer needed to push fresh ideas with so much to compete with. The Marvel brand boosted Netflix. Now Netflix is such a powerhouse that it doesn’t need a boost.

Still, Jessica Jones is worth the watch

Though Jessica Jones season three marks the end of an interesting but doomed ride, the final season is still worth watching. Netflix may not think so, as it released quietly amongst a sea of other new releases. Regardless, it still provides the dark and brooding Jessica we’ve grown to love. The season also expands on her friendship dynamics with key side characters. The most noteworthy moment of the season is that it ends in an uplifting way. You can tell that the showrunners expected the cancellation to come when it did. The final episode wraps up any loose plot points. Jessica Jones goes off into the world with a clear head and well-defined intentions. And if you’re still holding on to dreams of another Kilgrave appearance? His voice makes a spine-chilling cameo in the final moments. This alone should give you a reason to sit through thirteen more episodes.

Hardcore fans of Jessica Jones, Daredevil, and the rest of them are out there. They’re begging Netflix to reconsider cancellation or to give proper endings to each series. Though reboots are increasingly popular these days, it’s hard to imagine Netflix ever having the opportunity to produce more Marvel series with the upcoming release of Disney+. The streaming service is launching in November of 2019. It will feature all Disney-owned media and will focus on family-friendly content. The new streaming platform will take on serialized Marvel content with the release of new series such as a Loki solo project, WandaVision, and Falcon and Winter Solider. Only time will tell if these new shows suffer the same fate as the beloved Netflix series.

While fans may be devastated over the loss of these fan-favorite characters, the actors who play them are just as upset. A non-saturation clause was written up at the beginning of the Marvel-Netflix collaboration. As such, the characters are prevented from appearing in any content not produced by Netflix. So, even if Disney+ decided to take a swing at things, they’d be temporarily prevented from doing so. In a recent Tweet, Krysten Ritter (who plays Jessica Jones) wrote, ” I would play JJ again in a HEARTBEAT”. Charlie Cox, star of Daredevil, seems even more eager to return. “I live in hope because I loved the character and I loved the job,” he stated in a recent article. I don’t think anybody should be getting their hopes up. However, I won’t be surprised if we haven’t seen the last of these troubled heroes.