It will be some time before we get to see Guardians of the Galaxy, Vol. 3, the finale of this version of that team, on the big screen. Yet, we’re getting something else more quickly, and it might be the best installment yet. Writer and director James Gunn just said that the Guardians of the Galaxy Holiday Special is the best thing he’s done in his career. The special itself is currently filming in Atlanta, with the filming on the third movie in the Guardians’ trilogy to follow immediately after.

The special was announced on Disney Investor’s Day when Marvel Studios presented their upcoming slate. At the time, it was one of many MCU stories that would come to the Disney streaming service. Since then we’ve seen WandaVision, The Falcon and the Winter Soldier, Loki, and Hawkeye. Also, Moon Knight is set to debut at the end of the month. We now know that while slightly different in tone and style, these series are every bit the Marvel Studios production. The budgets of these series rival or even top some of the films. However, when talking about the Guardians of the Galaxy Holiday Special, James Gunn said the best comparison would be the infamous Star Wars Holiday Special. A little surprising, since it’s a Star Wars licensed property (featuring the principal actors!) that George Lucas refused to acknowledge.

Here’s what James Gunn had to say to the Radio Times about the Guardians of the Galaxy Holiday Special:.

“The Holiday Special is the greatest thing I’ve ever done in my life, It’s totally ridiculous, and every day we can’t believe that we’re making it. We all completely love it. It is unlike anything that anyone’s ever seen before. I can’t wait for people to see it. And it’s out pretty soon…. You know, it’s out this Christmas. It’s not like people have to wait that long.”

In the past, Vin Diesel said that an upcoming storyline would see Groot, a kind of Wookie-like figure on the team, go back to his home planet. This matches the Star Wars special, as most of it takes place on the Wookie’s home planet, with Han and Chewie trying to get there in time for “Life Day.” Gunn has also called the story for this special one of his “favorite stories ever,” that he bugged Kevin Feige to allow him to make. The treatment existed for years, but the script itself was completed in April of 2021. We also know that it will take place between Thor: Love and Thunder and Guardians of the Galaxy, Vol. 3. 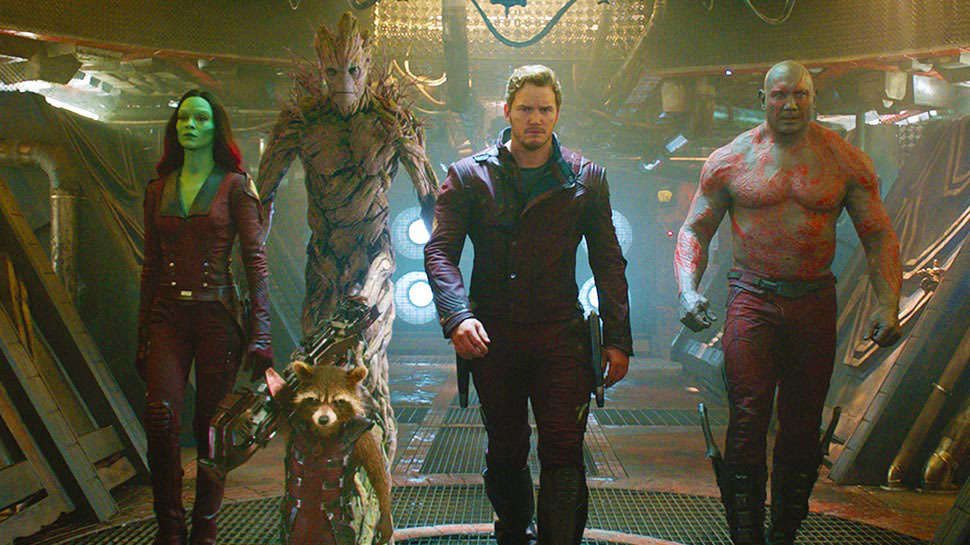 I suppose it is all a matter of opinion whether or not the Guardians of the Galaxy Holiday Special will be the best James Gunn work. If by “best” we mean “favorite,” I’d have to say that the first Guardians’ movie holds that place in my heart. Yet, after his work on Guardians, Suicide Squad (he gave us Starro!), and Peacemaker, it’s safe to say that this special will indeed be one-of-a-kind.

The Holiday Special is out this Christmas, and the Guardians’ trilogy concludes in 2023 in Vol. 3.

What do you think? Are you pumped for the Guardians of the Galaxy Holiday Special and do you think it could be the best work James Gunn has done to date? Are you sad that this version of the team in the MCU is coming to an end? What’s your favorite part of the Star Wars holiday special? (Mine is the Boba Fett cartoon.) Tell us in the comments below!