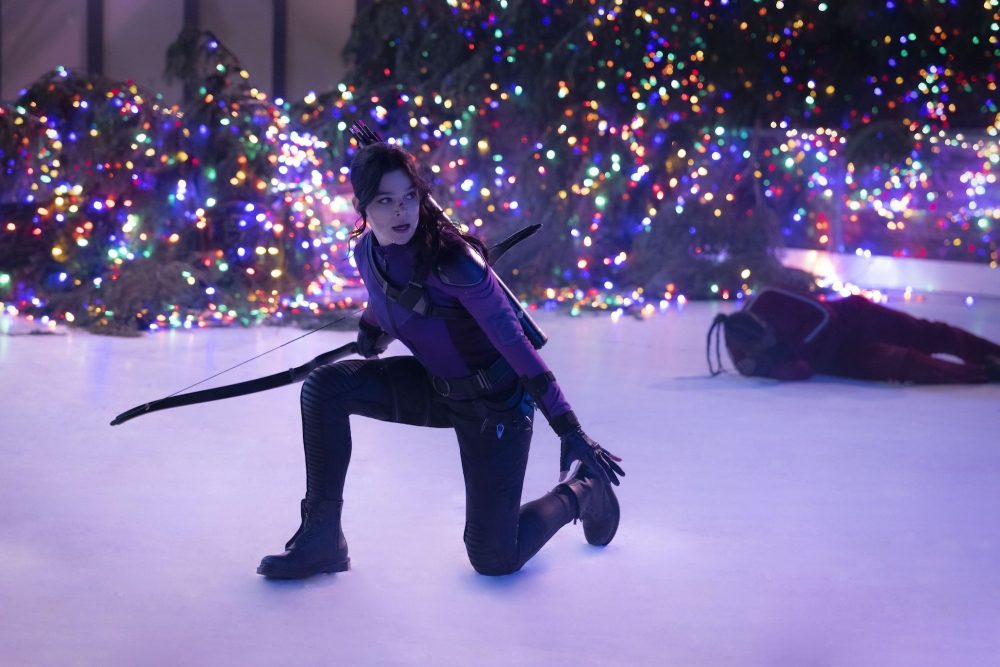 The Hawkeye season finale is finally here, and what a way to close out the year for Marvel fans! 2021 has brought us more than we deserve. We started strong with WandaVision, and the expectations were maintained throughout with various new releases, from Loki to What If…? And after last week’s debut of Spider-Man: No Way Home, we wondered if the year could go out with a bang. And of all characters, could Hawkeye himself be the one to do it? The sixth episode of the series proves why there is no such thing as “The Weakest Avenger” and gives us everything that a superhero show should.

Previous Marvel shows on Disney+ have left us with almost disappointing endings. At the very least, they didn’t live up to the episodes before them. We were worried about what this could mean for the Hawkeye season finale, especially considering how many storylines we followed. Could Yelena overcome her rage and turn her grief away from Clint? Would Kate be left with mommy issues? And finally, what does Kingpin’s presence mean? Let’s take a look at how the finale manages these expectations. There are spoilers to follow, but not the Spider-kind.

So This Is Christmas? opens exactly the way we hope it would: With Wilson Fisk’s demanding presence. The Kingpin (Vincent D’Onofrio) reintroduces himself to Marvel fans by reminding Eleanor Bishop just how hard it is to leave the world of crime-fighting. Now that her daughter is tied up in some strings, the mother is desperate to escape. Fortunately, she has some insurance to keep her feeling comfortable enough to ask for a clean break. But Fisk is the mob boss of a reason, and we aren’t so sure that Eleanor should be as confident as she is when she leaves the table.

Privy to the conversation thanks to high-quality security cameras, Kate and Clint are hopeful that they can protect Eleanor but not so sure that they’re ready to defend her. Meanwhile, Fisk has an equally threatening conversation with another ally, Maya. He certainly isn’t making it on the Nice List this year, and neither is Kazi, who is in cahoots with the King.

By the time the first third of the episode is up, we’re ready for some action. And so are Clint and Kate, who have made a whole quiver full of trick arrows. And what better place to use them than a fancy Christmas party!

Eleanor’s holiday party doesn’t have the best security despite being a high-profile event. Not only does the Tracksuit Mafia show up to get the party started, but Yelena Belova, too. Despite Kate’s best efforts to hold her off, Yelena winds up tracking down Clint and demands answers regarding her sister’s death. The only thing that stops her from killing him is his last-minute use of a familiar whistle, forcing Yelena to realize that they both loved Natasha more than anyone.

The other side of the battlefield has Kate confronting Kingpin. Despite a few close calls, the archer manages to take him down with, you guessed it, trick arrows. The match finishes just in time for Eleanor to be whisked away by the police and Wilson to be whisked away by self-determination.

He winds up running into Lopez, who has just killed Kazi due to his betrayal toward her father. Maya points a gun at Kingpin, and the camera pans away just before it can go off. But he can’t be dead because he’s Kingpin. Right?

The episode ends with Clint making it home to Christmas right on time. And he’s not alone because he’s brought Kate and Pizza Dog – er, Lucky, along with him. 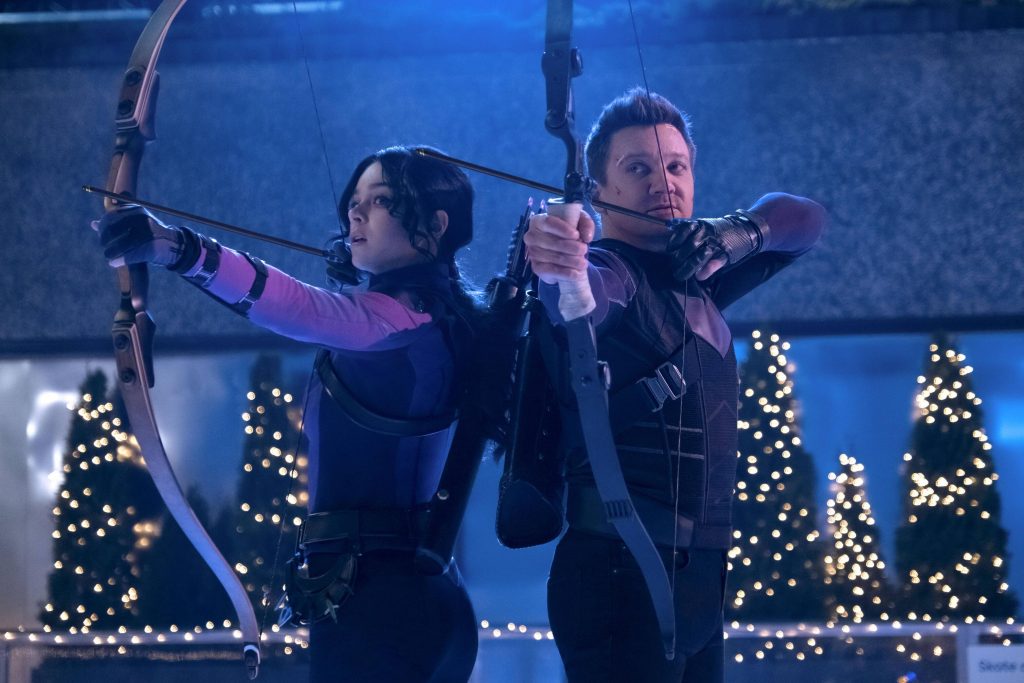 Does The Season Finale Live Up to Our Expectations?

WandaVision was a beautiful exploration of grief and power. Loki showed us that it’s never too late for character development. The Falcon and the Winter Soldier discussed the weight of responsibility. Hawkeye doesn’t have a message as strong as some of its predecessors, but it does give us everything that we anticipate from superhero stuff: action, courage, and fun.

The biggest strength within this series is the incredible platonic chemistry between Kate and Clint. They are not trying to be a father/daughter duo, nor are they even close to romantic (Thank Odin – that would have derailed the show.) Instead, the duo handles the now-common Avengers theme of “passing the mantle.” They’re friends, and they also have a lot to learn from each other.

In addition to the joy that the series provides, the finale also does a great job at leaving us with something easy to walk away from. There are no gripping post-credit scenes (though there is a fun one) or cliffhangers that will keep us up at night. Despite this, there is just enough to open new doors, like for the upcoming Echo series and whatever Kingpin’s future holds. Hawkeye Shows Us Why There Is So Much Heart in Superheroes

This series also works as a reminder that our favorite Avengers have something worth fighting for. In the Hawkeye season finale, Kate explains that she admired her hero for his willingness to be brave despite not having superpowers. He does it for the ones he loves and the world that he wants to leave a better place. And isn’t that the best motive for any hero?

A season finale for Marvel is never anything final. While there may have been fewer easter eggs than other shows, that doesn’t mean that Hawkeye doesn’t leave plenty of room for theorizing.

One of the most refreshing aspects of Hawkeye was the lack of any explored romance. The focus was always on platonic love, including Hailee Steinfeld’s Kate Bishop. There is obvious chemistry in her scenes with Florence Pugh’s Yelena, and many wonder what their future friendship might look like. But she’s already got a friend in Clint. We’re anticipating the duo to team up as combat partners in the near future, but could they become more than that?

And speaking about partners, what is up with Laura Barton? The Marvel Cinematic Universe has never explored the character beyond her associations with Clint, but the finale has a pretty big reveal for Cardellini’s character. The Rolex that Clint had been so desperate to find belonged to Laura, and it’s engraved with some telling details. The “19” on the back of the watch indicates that she is Agent 19, known better in the comics as Mockingbird.

Agent 19, who is Bobbi Morse in the comics, is a S.H.I.E.LD. agent. Her story is filled with missions and secrecy, and one of the most notable includes her association with Skrulls. Could she find her way to the upcoming Secret Invasion series? We think so.

The entire first season of Hawkeye is now streaming on Disney+.

Clint Barton might have his perfect Christmas, but characters like Echo, Laura, Kingpin, Kate, and Yelena have a long future to look forward to. So, it looks like 2022 will be a year just as eventful as this one. Let us know your upcoming Marvel predictions and how you think the Hawkeye season finale will tie into it all.