Home » TV Shows » Halo Premiere on Paramount+ Breaks Records, But Is It as Big as It Could Be?

Halo Premiere on Paramount+ Breaks Records, But Is It as Big as It Could Be? 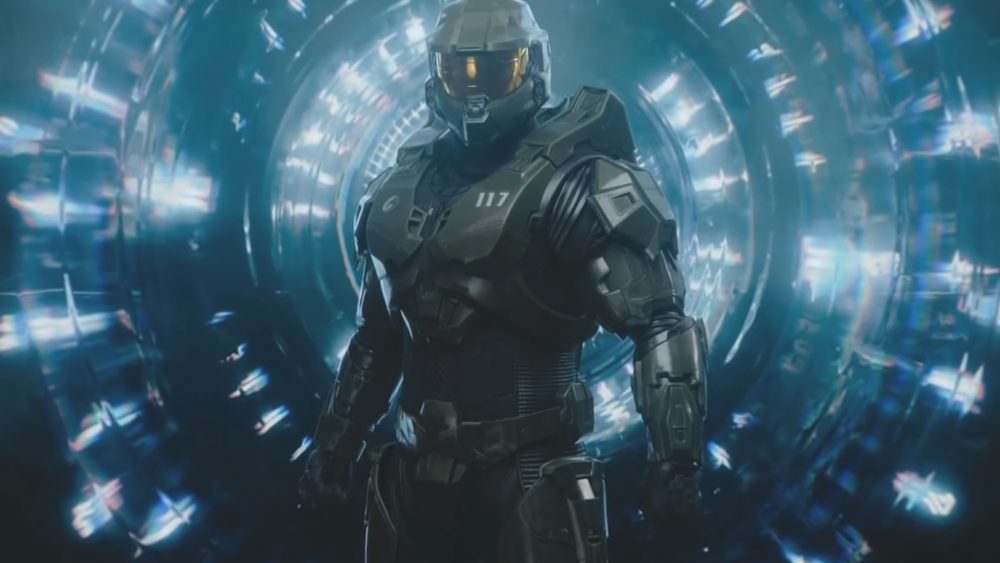 Over here at Comic Years, we have had a lot to say about video game adaptations. Most of the recent successes have debuted on the big screen, with films like Sonic the Hedgehog or Detective Pikachu. But titles keep finding their way over to streaming services, like the upcoming Fallout series. Another just dropped, and we thought it was a quiet launch. However, the Halo premiere on Paramount+ is already breaking records. We just aren’t sure if it can keep up the steam.

What Is The Halo Premiere On Paramount+?

The latest video game adaptation is based on Halo, one of the most acclaimed game franchises around. There are plenty of games to draw inspiration from, as they tell a story about an interstellar war. The series will explore the conflict between the Covenant, a mysterious alien threat, and humanity. It promises a mixture of fantasy and imagination with rich action.

Despite the popularity of the games, created by Bungie, as well as the promising plotline, the Halo premiere on Paramount+ didn’t seem like it would be drawing big numbers. Simply put, Paramount+ isn’t the most competitive player in the streaming wars. Players like Disney+ and HBO Max have been the most successful competitors against ye ol’ faithful, Netflix. But hey, at least they’re trying.

So, imagine our surprise when Paramount+ announces that the premiere was the most successful of all time for the streamer. This was determined by the number of accounts watching the premiere episode within the first 24 hours of its release on March 24th. It conquered 1883, the recent prequel to Yellowstone.

No official numbers have been released by Paramount+. 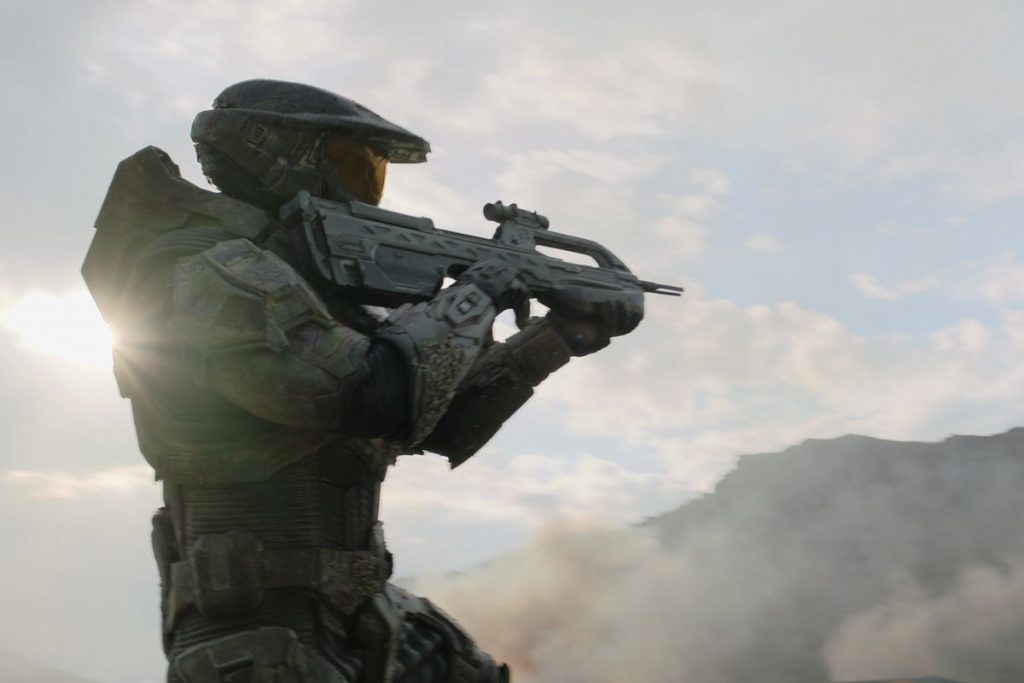 What Does This Mean For The Halo Series?

Paramount+ has an uphill battle if they want to be considered a top streaming wars contender. Despite not having household name status (yet), the platform has shown some growth. Their recent subscription numbers were revealed to have hit 56 million when combined with Showtime. For comparison, Netflix has over 222 million subscribers.

Halo could be the tentpole that they need to prove that they have new content worth showing up for. They already have a decent catalog of existing films and shows, like South Park after a recent deal. But if Netflix has proven anything, it’s that original series are what streamers need to stay competitive. But will Halo do enough? Or has it already dropped the ball? 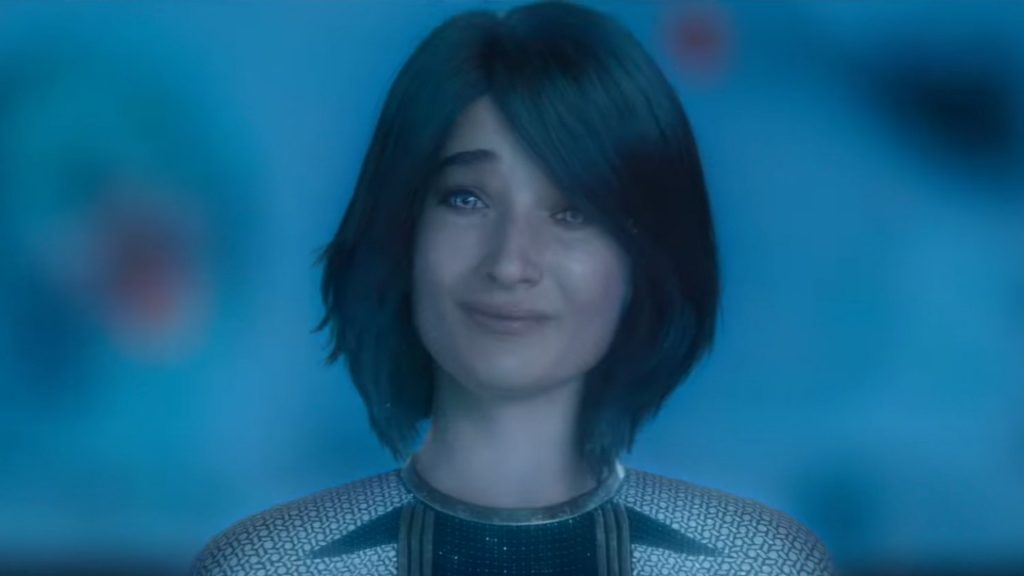 Why Is Halo Not Hitting All Its Marks?

The Halo series could continue to be a huge success for the platform if things go well. But the record-breaking numbers for Paramount+ still don’t seem like enough.

Avid video game fans may have subscribed to the streamer to watch Halo, but that’s the only real source for organic watchers. Its stars are talented, with actors like Pablo Schreiber and Shabana Azmi, but they aren’t exactly pulling viewers by their name alone.

Paramount+ will need to market Halo effectively to stand a chance, and so far it isn’t doing it. Halo just isn’t catching the online buzz like hit shows such as The Mandalorian, which also stars a helmeted main character. Its title didn’t trend when it should have, and word-of-mouth is few and far between. And, to be honest, I had no idea that it existed until last week, and I have a Paramount+ subscription already.

One thing that the series is trying is watch parties on Twitter, which will take place on the day of each new episode. The right trending topics can make a huge difference, so it’s a good start for the streamer.

Halo shouldn’t be such a hard show to market. It has Steven Spielberg as an executive producer, for Pete’s sake! But you wouldn’t know that from watching the trailer. And since many people don’t trust Paramount+ to deliver good content yet, they should be relying on the names that we can look to for historically great stuff.

Another challenge for Halo will be its mediocre reviews. It’s currently sitting at 58% on Rotten Tomatoes. We know that online rating platforms aren’t the most reliable, but it does have an undeniable effect on people’s willingness to watch. Especially if they’re unfamiliar with the source.

Will The Halo Premiere Be A Hit For Paramount+?

Not only does Halo need to market itself better for the sake of the show, but it needs to work harder to be a hit for the streamer as a whole. Churning, when individuals subscribe and then unsubscribe after watching what they came for, is increasingly popular amongst users. To prevent this from happening on Paramount+, they’ll need to keep marketing new and existing shows to the fanbase.

Halo has already been renewed for season two. They have plenty of time to revamp the marketing techniques, push harder on social media, and hustle for its word-of-mouth advertising. Come on, Paramount+. We believe in you.

The Halo Premiere Is Currently Streaming on Paramount+, With New Episodes Every Thursday.

Readers, did you watch the Halo premiere on Paramount+? Let us know your thoughts on the new video game adaptation, and what you think Paramount+ could do to give its advertising a push.