Despite their filming delay, The Falcon and the Winter Soldier is moving forward at a rapid pace, and we got some new images via social media that hints at some surprising developments. It’s incredible that we’re seeing these images, considering how secretive Marvel Studios is. So, what are we looking at? Let’s start with something we knew, but finally get to see in full uniform. 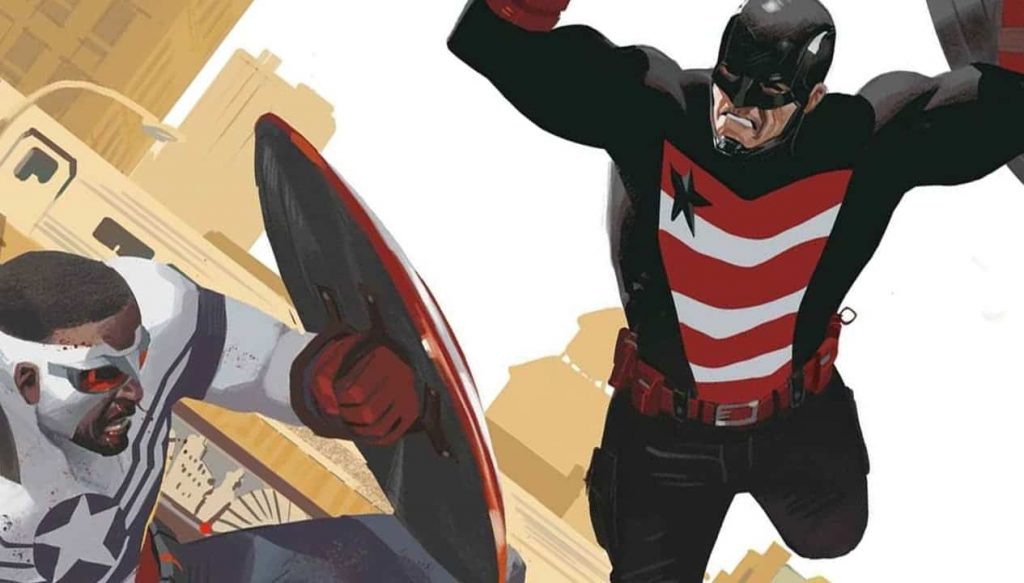 In the comics, US Agent was always reminiscent of Steve Rogers’s Captain America look, but he looked strikingly different. Generally wearing a black uniform, as seen in the image above. The MCU version is going in a bit of a different direction:

This version is decidedly more colorful and looks more like the next incarnation of the Captain America uniform. This falls in line with what we know about the plot: while Steve Rogers handpicked Sam Wilson to take the shield, the US government has other ideas. Also, note the shield itself. US Agent always carried a shield with a different finish than Captain America’s. This is either Cap’s shield, or at least a replica of it (hopefully it’s not the real deal).

Now, this is one eagle-eyed fan dedication, and all credit goes to Murphy’s Multiverse for spotting this one. Take a look at the filming location image posted on Twitter last month:

Is that what’s at Wimblish tonight? I kept looking up from my desk at work to see this table covered with… squid? pic.twitter.com/cPy0QF1ksp

Looks like nothing, right? Well, not if you’re a superfan. As Murphy points out, look towards the bottom left corner—see the red crescent moon? Well, that would be the Madripoor flag: 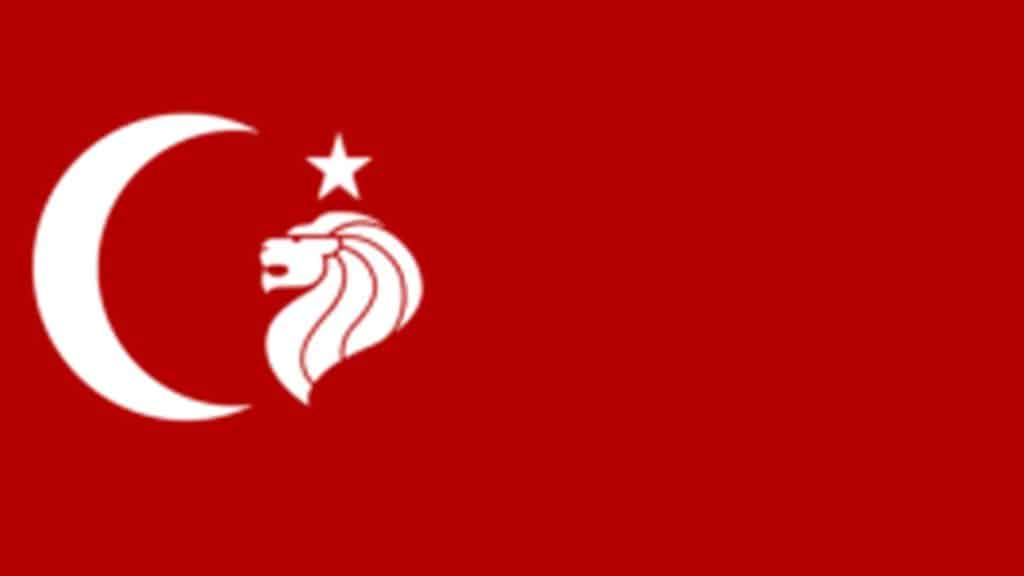 The crime-ridden island of Madripoor first appeared in New Mutants #32 (1985). The X-Men, especially Wolverine, have dealt with the island the most. We know that Marvel Studios is moving fast on an X-Men MCU movie or series, but this doesn’t indicate too strong of a connection.  The images don’t reveal much Madripoor will appear in Falcon and Winter Soldier. It could just be one of those Easter eggs you can blink and miss. We’ll have to wait for the show to debut on Disney+ to find out.