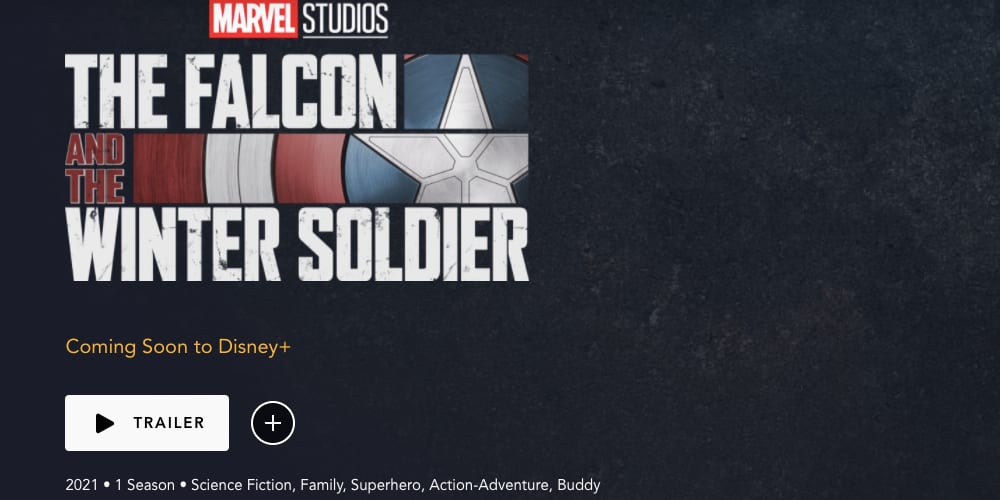 Just one number changed on the landing page—and changed everything. (Image: Disney+)

Initially, The Falcon and the Winter Soldier was going to be the first MCU show to debut on Disney+, but it’s 2021 change puts it after WandaVision. Along with Loki, all three shows’ productions came to a screeching halt once the quarantine started. While all three are now filming again, they weren’t able to simply resume the regular schedule. But the change could benefit the series. Captain America stories are inherently, so having it line up with a presidential election makes sense—but not this one. In fact, it could be seen as tone-deaf, depending on the story.

What Does This Mean for the Rest of the MCU Lineup?

Maybe we’ll see the MCU movies at the drive-in. (Image via Marvel Studios)

Because we’re talking about the Marvel Cinematic Universe, The Falcon and the Winter Soldier flipping positions with WandaVision changes the game for the MCU. Marvel has a set timeline and simply shifted  every movie and series by six months. Now we aren’t even sure if Black Widow, the Phase Four kickoff, will see a 2020 release.

But it’s also not clear how the movies and shows fit into the overall narrative. In the past three phases, some films could shift before or after their original order. You can even take Captain Marvel and make it the second movie in chronological order. Kevin Feige might have to play the same game with the film coming up. Black Widow takes place between Captain America: Civil War and Avengers: Infinity War. It might not have to start Phase Four. With theaters still recovering, would it make more sense to go with reliable sequels than debut new franchises, pushing Eternals and Shang Chi back?

It’s going to take Kang the Conqueror to really put the release schedule in working order.