In The Elevator Game, Evil Almost Tackles Racism In The Catholic Church But Falls Short

In the first season of Evil, the series (in its own way) addressed the problem of medical racism when Mike Colter’s David was put in a nightmarish hospital after being stabbed. It may not be the first, but it is one of two explicit moments in the first season where the issue of race is addressed. In the latest episode of Evil, dealing with the Elevator Game, the C-story follows David as he prepares to deliver a sermon during a mass. The subject of this homily is the “original sin” of America: racism and slavery. Again, this is merely a minor storyline in addition to both the titular game and Michael Emerson’s Leland Townsend’s desire for an exorcism (though it is obviously just his way of continuing to mess with our trio of holy investigators).

The Elevator Game is a great episode of Evil, continuing the pattern of supernatural strangeness surrounding skeptics Kristen Bouchard and Ben Shakir (Katja Herbers and Aasif Mandvi, respectively). The case-of-the-week is a bit of a strange one for our heroes and not tied to the larger demonic arc of the season. Still, it is a compelling mystery and gives Mandvi the chance to really show a different side of Ben. This is why it’s a bit troubling to see the issue of race in the Catholic church essentially shoved aside in this story. Hopefully this is merely a seed planted in this episode which will germinate in a future one. Otherwise, this feels, almost literally, like merely paying lip-service to the issue.

The episode also continues this season’s trend of making the supernatural more present for the skeptics and provides a clear answer about how “real” some of it is.

One new addition this season is that we actually get see David in his seminarian classes led by Dylan Baker’s Father Kay. The premise for this part of the episode is that David wants to deliver a homily about God’s love via a discussion about racism. Father Kay, with Baker really delivering on the type of “good” white person who insists that it’s best to not discuss race at all, tries to get him to soften his message to the point where he doesn’t mention race at all. David pushes back, and then gets invited to a gather of “rogue Catholics” by a fourth-year seminarian named Kevin.

At this gathering, folks discuss religion and race openly in a social setting. The argument does get pretty heated, with some saying that the Catholic church is using David and Kevin as “token” black parishoners to create the appearance that they are “not racist.” After he pushes back on this idea, David is called an Uncle Tom by a man named Logan, played by Eric Berryman, whom he immediately punches in the face. This is the climax of this part of the story, and we spend zero time with David reflecting on him lashing out or grappling with the ideas put forth by the other Black folks who disagree with him. (Unlike, say, how he reacted in last season’s 2 Fathers episode.) Ultimately, he delivers his sermon to a near-empty church, and…that’s about it. It feels like a huge missed opportunity.

Race and Catholicism in the US

In America, only about four percent of the almost 70 million Catholics in the US are Black or African-American. Of those, almost a quarter are in majority-Black parishes. Compare this with the fact that around 83 percent of Black Americans identify as “Christians” (which, despite some debate from certain Evangelical faiths, include Catholics). So, a small number of Black religious folks are Catholics, and the church itself is (arguably) pretty segregated.

What makes me think this is a storyline that will pick up in a future episode (or season 3) is that before he leaves the punch-out party, David is approached by an unnamed character played by Leon Addison Brown. He tells him to come to his non-Catholic Christian church, saying “what the Catholic Church doesn’t do, we do.” This could be an important subplot that would talk about an issue that often doesn’t get discussed, which is the relationship religion has with racism. Some Christian faiths were borne out of a need for faith that liberation could come for those so oppressed. Other Christians use their faith to justify racism, segregation, and even more heinous crimes. For a show about evil, examining what is inarguably a real-world evil is something they should not shy away from doing.

The Elevator Game Is a Strange Departure for Evil

Unlike most of the cases-of-the-week on Evil, the Elevator Game is not inherently demonic or related to the larger mythology of the show. Rather, it’s a strange and spooky internet trend that led to the disappearance (and, ultimately, deaths) of two teenagers. The details of the Elevator Game are best learned watching the episode, but what makes it truly great is how it advances the relationship of the supernatural in Evil to the “real world.” It appears that this game is based on a real-life elevator game that some people think was involved in the unfortunate passing of Elisa Lam.

The weird stuff happens when one of the holy investigative trinity goes out on their own. First, Kristen has an experience. I was waiting the entire time for her to “wake up,” since this show so often uses dreams as a way to manifest the supernatural. Yet, she didn’t. Rather, she continues to blame what she sees on mental illness and/or the prescriptions she’s taking to fight it. Troubling though that may be, this works because Kristen’s background is in mental health, and it allows her to maintain her skepticism.

The shining moment of this episode of Evil comes when Ben “wins” the Elevator Game, and ends up in a strange, vast sub-basement of the building. He’s stranded, and we get an incredibly emotional scene where he suspects he will die. The succubus, a replacement for our beloved George this season, shows up and further exacerbates his despair. When he’s ultimately rescued by David and Kristen, the succubus is there. He still sees her, but David and Kristen do not. As I said in the review of the season 2 premiere of Evil, I feel like we are getting closer to an answer one way or another about the supernatural. This pushes us more towards the “it’s all in their heads” answer, but it’s magic so there are no rules about how it should work.

What did you think of the Elevator Game on Evil, and do you think they are ever going to confirm whether the supernatural is real or not in the show? Share your theories in the comments below!

This post was updated to include the relation to a real-life “elevator game.” 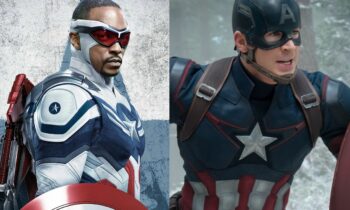