House of the Dragon Reviews Are In - Comic Years

House of the Dragon Reviews Are In House of the Dragon reviews are here and Fans haven’t seen Westeros’ coastline in a little more than three years. It’s almost time to go back to The Known World after the finale of HBO’s epic fantasy series Game of Thrones left a flaming hole in fans’ hearts (or a dagger). Around 200 years before Daenerys Targaryen (Emilia Clarke), the prequel House of the Dragon depicts the political strife that exists among the illustrious Targaryen dynasty. Fans can’t wait to return to King’s Landing and watch the civil war erupt once more as fresh, strong contenders battle for the Iron Throne.

What Can Fans Expect from the Series?

Author George R.R. Martin, whose novels the series is based on, collaborated with showrunner Ryan J. Condal to transport viewers back to this vibrant fantasy realm. When it comes to the Game of Thrones fandom and the future of Westeros, the standards are as high as the stakes. The original series’ surprising conclusion, which came after eight seasons, left viewers wanting more and had a feeling of being hurried and not fully fitting with character journeys. Condal has made every effort to deliver what the audience wants by collaborating with a variety of well-known series directors, like Game of Thrones’ Miguel Sapochnik (who was in charge of the infamous “Battle of the Bastards” episode) and The Alienest’s Clare Kilner.

These efforts include the superb casting for the families of Westeros, especially the dragon-taming Targaryens who will take center stage in House of the Dragon. With Matt Smith playing Daemon Targaryen, King Viserys’ younger brother and presumed heir, and Emma D’Arcy playing Princess Rhaenyra, the Targaryens have Paddy Considine, King Viserys, as their leader whose efforts to name an heir will serve as the show’s driving force. Olivia Cooke as Alicent Hightower, Rhys Ifans as Otto Hightower, Eve Best as Princess Rhaenys Velaryon, Steven Toussaint as Lord Corlys Velaryon, and Sonoya Mizuno as Mysaria are the other roles in “Game of Thrones.”

Fans can also expect to see Milly Alcock as the young Princess Rhaenyra and Emily Carey as the young Alicent from what we seen and read from House of the Dragon reviews. If this prequel succeeds, it will determine whether or not House of the Dragon’s cast will achieve what Game of Thrones did for the now-famous stars Clarke, Maisie Williams, Kit Harington, Sophie Turner, and more. 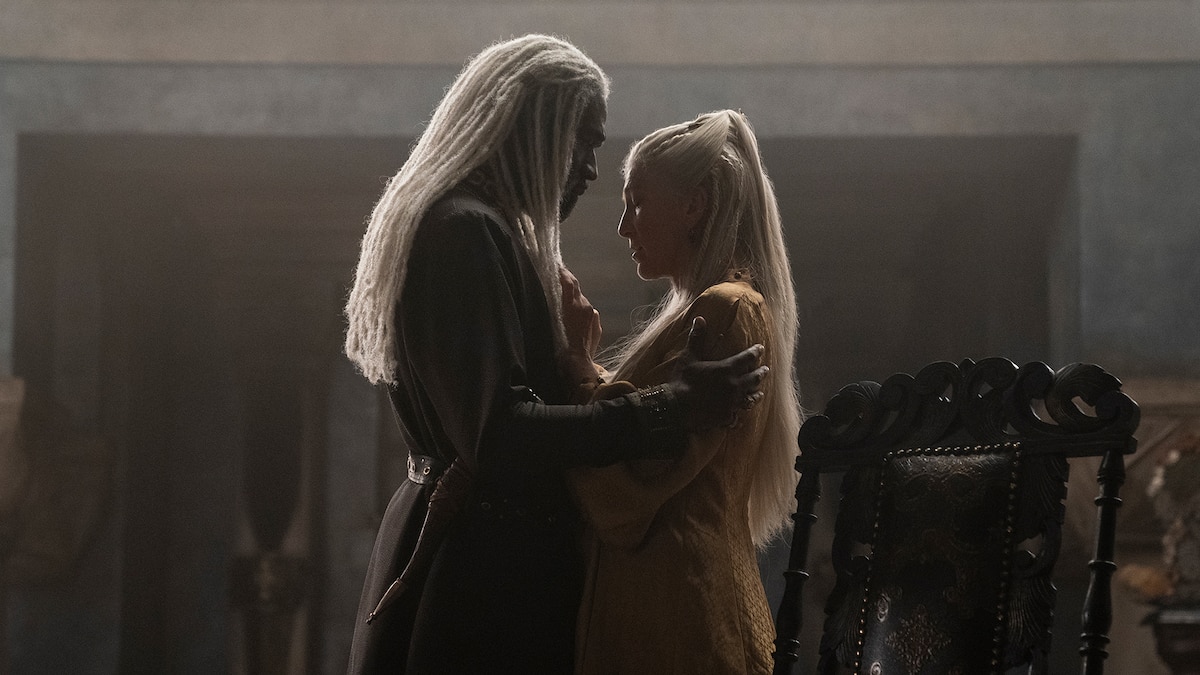 What did the House of the Dragon reviews about the series say?

Some of the House of the Dragon reviews are below:

“I did not like the last season of #GameofThrones. At all. But I’ll admit the series premiere of #HouseOfTheDragonHBO is really well done and I’ll definitely continue watching. After the episode ended they showed an extended preview of the season and looks cool.” From Steven Weintraub.

“Sometimes you’ve just gotta spend the night hanging out with a dragon!!! For those curious about the series, without spoilers, I can say that the thing I really dig is the fact that it still feels epic in scale and scope while telling a personal and intimate story about one family, showcasing both their love and dysfunction.” Cat Combs gave his brief thoughts about House of the Dragon.

“The #HouseOfTheDragonHBO pilot very efficiently explains its context in relation to GoT, introduces its core characters, and lays out the central conflict of the series. It’s an easy to follow premiere with vibrant colors and detailed texture. Absolutely a worthy successor so far.” The Dragon LmL said on Twitter.

“I didn’t know how much I missed the #GameofThrones theme song until I heard it tonight at the #HouseoftheDragon premiere! That first episode is fantastic! Can’t wait to see what’s next. Fingers crossed it’s no repeat of the final season of GoT. @BlackGirlNerds #hbo #HBOMax” From Bald Move.

What did you think of Game of Thrones? Did you like the House of the Dragon Trailer? Tell us your thoughts in the comments below!

Resident Evil Mercenaries DLC Fixes Game
Who Is Cyclone? A Look At The Characters In The DC’s Upcoming Black Adam Movie