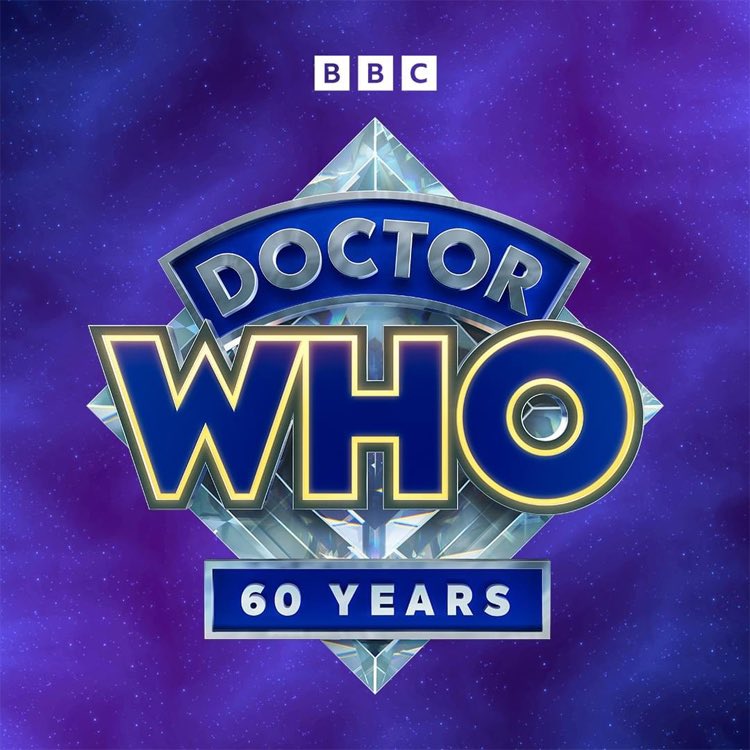 The day that every Doctor Who fan has patiently waited for all year is finally here. It’s Doctor Who Day 2022! Every year, November 23rd marks the day the BBC aired the show’s first episode, way back in 1963. Since then, fans have celebrated Doctor Who day in several different ways. Naturally, the BBC has joined in with the celebrations as well, with various announcements and special updates. For example, back in 2013, they aired the 50th-anniversary special titled The Day of the Doctor. This helped celebrate the show’s long history and impact on pop culture.

While we didn’t get a special this year, we did get the BBC’s centenary special last year, titled The Power of the Doctor. This episode included many callbacks to the show’s history. Also, to mark 60 years, there will be a series of three specials in November 2023 that will feature many iconic characters. We can’t wait to see it!

However, that doesn’t mean that the BBC has kept things low-key for Doctor Who Day 2022 – not at all! Instead of getting a special, the British television studio has given us plenty of previews for what’s to come. For example, they revealed the logo for the 60th-anniversary special, which is a twist on the upcoming series’s updated logo. Additionally, they added a new page on the official Doctor Who website for the new (or should that be old?) Fourteenth Doctor, played by David Tennant. This includes a new image of him and a description hinting at the specials. Check them out below!

Who is the Fourteenth Doctor? 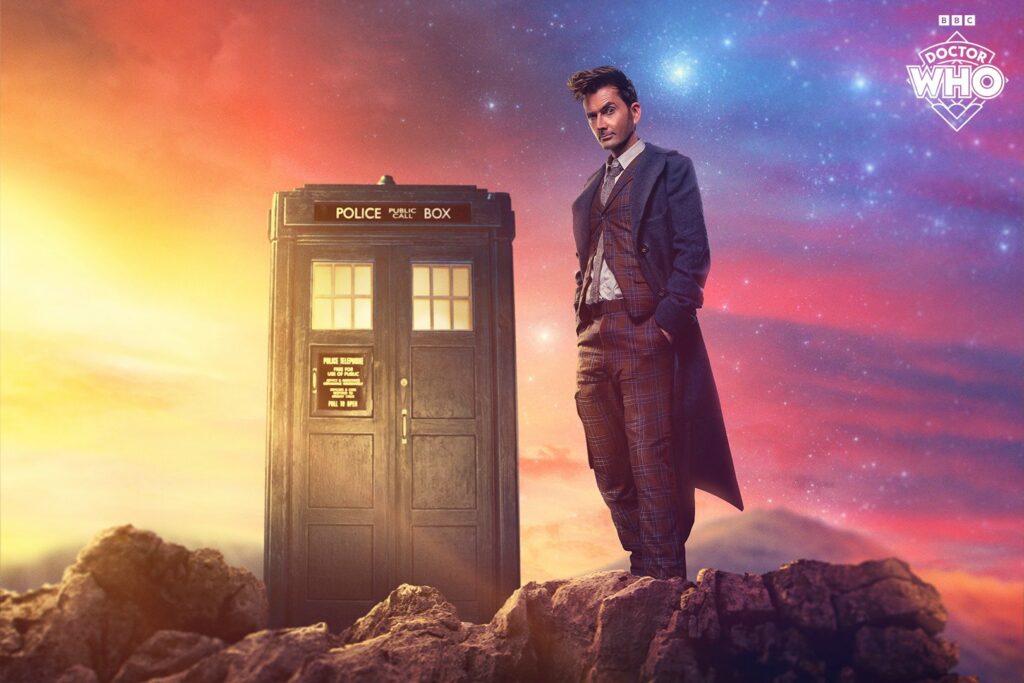 For Doctor Who Day 2022, the official description for the Fourteenth Doctor reads as follows:

A tumultuous clash with the Master saw the Doctor being forcefully regenerated into her best enemy – and back again, with the help of Yaz and a few more of the Doctor’s friends. However, the Doctor was left mortally wounded by the experience; and after saying goodbye to Yaz, she regenerated peacefully and alone. But the new Doctor discovered his new face was in fact an old face – that of one of his former incarnations! What has caused him to revisit his old appearance? Is there more at work here than even the Doctor can understand? Only time (and space) will tell…

Clearly, it sounds like pretty exciting stuff! The BBC also revealed a different image to go with the new Fourteenth Doctor artwork. This one compiles the official art of all the Doctors, from William Hartnell’s First Doctor right to David Tennant’s Fourteenth. 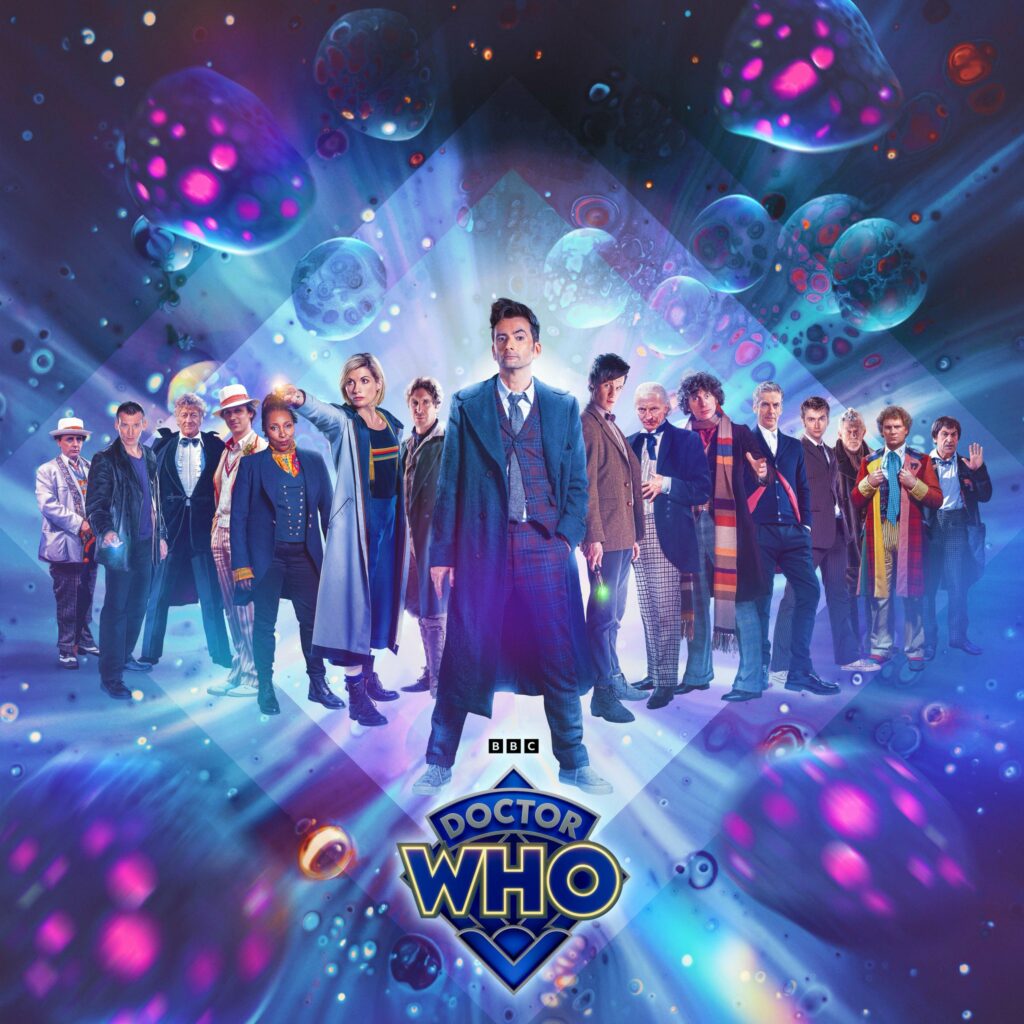 Also, the BBC released several videos teasing the upcoming specials for Doctor Who Day 2022. If you didn’t know, both Tennant and Catherine Tate would return for these. So, the BBC created a short video documenting the friendship between the Doctor and Donna Noble. Both actors also recorded video messages to celebrate this special day.

And that’s still not it for the Doctor Who Day 2022 celebrations! Currently, Forbidden Planet is holding a one-day sale of the Diamond Collection. This collection includes several exclusive items that will only be available today, and each item celebrates a specific incarnation of the Time Lord.

To top off these celebrations, audio production studio, Big Finish announced their form of celebrations for the show. Namely, an eight-part audio series is coming out next year titled Once and Future. This series will feature Doctors 4, 5, 6, 7, 8, 9, and 10, as well as other unannounced cast members. Each original actor will play their respective Doctor, marking the first time for some of them in a multi-Doctor episode. Clearly, it’s been quite a big Doctor Who Day 2022! You can catch the next season of the show in November 2023.

Who Is Wiccan? One Of The Most Powerful Magicians In The Marvel Universe
The Final Challenge of Evangelion Amazing Documentary By Hideaki Anno