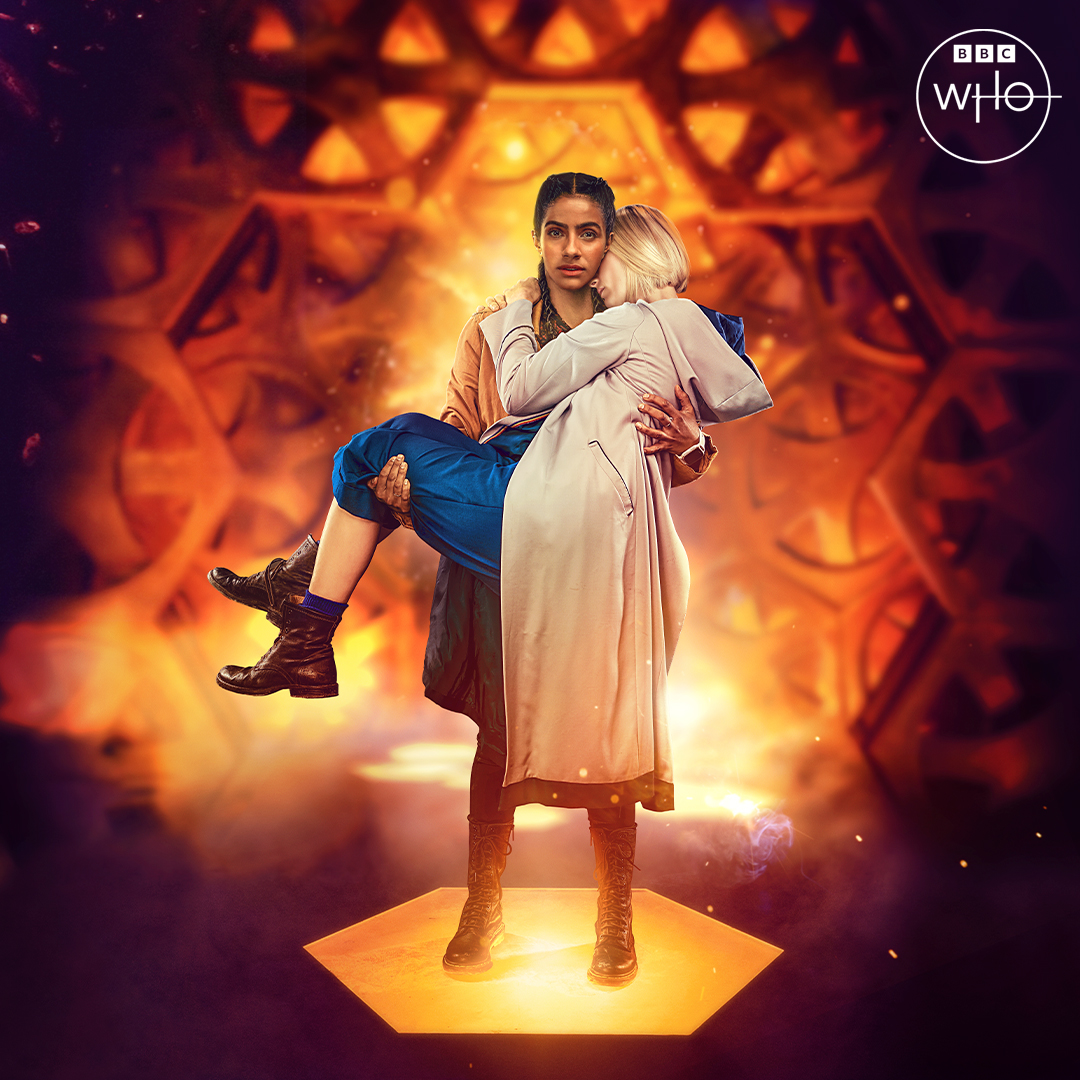 After four years in the role, we bid farewell to Jodie Whittaker‘s incarnation of the Doctor yesterday. This was part of a feature-length episode of the show called The Power of the Doctor. This Doctor Who centenary special episode was also part of the BBC’s celebrations, marking 100 years since the corporation began. And what a heck of an episode it was! There were plenty of callbacks to the sci-fi show’s long past, including returning enemies, friends – and even returning Doctors! Naturally, there are spoilers for the episode, so don’t read if you haven’t seen it yet.

Not only did the Doctor Who centenary special mark the end of Whittaker’s time as the Doctor, but it was also the end of Chris Chibnall’s time as showrunner. Both of them have worked on the franchise since 2017, and this was the culmination of their time on the show. We also saw Mandip Gill‘s character, Yaz Khan, say goodbye to the Doctor. Sacha Dhawan’s version of the Master also died in this episode. There may have been lots of goodbyes, but we also got plenty of introductions and re-introductions!

As part of the special, Sophie Aldred returned as companion Ace, while Janet Fielding reappeared as Tegan. Both of these characters hadn’t been seen on-screen since the 80s. If that wasn’t enough, towards the end of the show, we saw a support group for friends of the Doctor. This group included many famous faces from the show’s history. We saw Bonnie Langford’s Mel, Bradley Walsh’s Graham, and Katy Manning’s Jo. We even saw one of the Doctor’s first companions from 1963 – Ian Chesterton, played by William Russell. It was such a fantastic celebration of the show’s history!

What happened at the end of Power of the Doctor? However, the Doctor Who centenary special ending left more questions than it answered. Previously, we knew that David Tennant was returning to star in the show again. This will be part of the show’s 60th-anniversary specials in 2023. This was to be alongside Ncuti Gatwa’s appearance as the Fourteenth Doctor. Returning showrunner, Russell T. Davies, didn’t make it clear how exact Tennant was returning. But, at the end of the Doctor Who centenary special, we finally got to see it. The Thirteenth Doctor regenerated into David Tennant! Unlike many previous regenerations, the Doctor’s clothes also changed with his body.

According to press releases from the BBC’s website, David Tennant will play the Fourteenth Doctor. He will appear alongside Catherine Tate, who will return as Donna Noble, for three specials in November 2023. Additionally, the BBC made it clear that Ncuti Gatwa will play the Fifteenth Doctor for a special over the festive period of 2023.

But how?! How could the Tennant return as the Doctor?! Unfortunately, we know very little about that at the moment. What is clear from the end of the Doctor Who centenary special is that this is no cameo or accidental appearance. The 14th Doctor comments on how he recognises his teeth and hands.

The episode ends with Tennant’s famous “What…what…what?!” catchphrase. They also showed a 30-second preview of the specials. This featured the 14th Doctor claiming he “doesn’t know who is anymore.” We also saw a brief snippet of Neil Patrick Harris in the role of “the Doctor’s greatest enemy.” We’ll get to hear a lot more about the episode over the next year, although it’s quite some time until we see it.

Even with this shocking ending, the Doctor Who centenary special truly celebrated the show’s long history. Not only did we see returning characters, but we also saw some Doctors return. During the Master’s forced regeneration, we see the Thirteenth Doctor confront some of her past incarnations. David Bradley appeared as the First Doctor, which he previously did during Twice Upon a Time. Colin Baker appeared as the Sixth Doctor, and Paul McGann appeared as the Eighth Doctor.

Additionally, the Doctor’s clever AI system also included some callbacks. Tegan got to speak to the Fifth Doctor, played by Peter Davison, and Ace made amends with Sylvester McCoy’s Seventh Doctor. It truly was a lovely way to close out this season and celebrate the show’s past.

You can catch the three 60th-anniversary specials of Doctor Who at some point in November 2023.