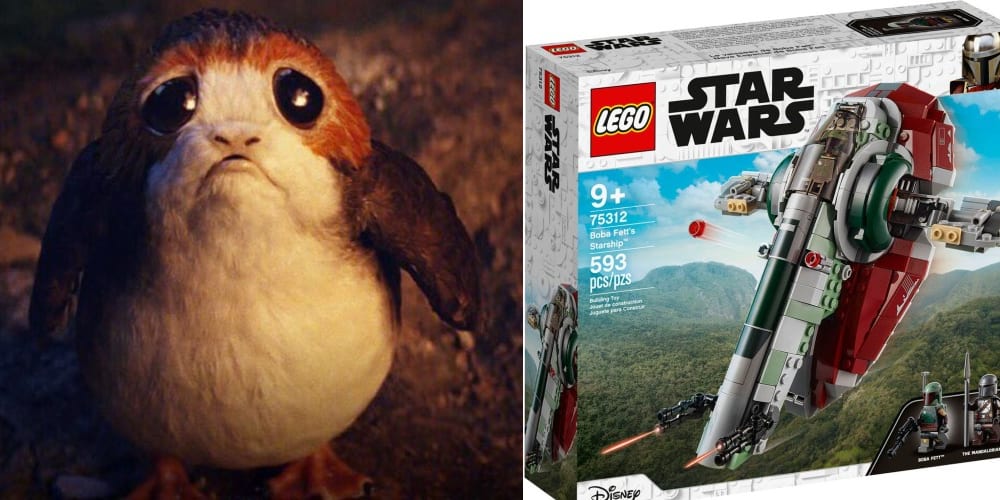 Out of all the fandoms out there, Star Wars has some of the most toxic, and most immature. Ever since Disney took over, they’ve complained about Force Awakens being too similar to New Hope – while featuring a Black character holding a lightsaber! Gasp! Then they complained that Last Jedi wasn’t the sequel Force Awakens deserved…even though they hated Force Awakens. Did Disney set things right with Rise of Skywalker? No, they complained that it “undid” Last Jedi, even though Rise of Skywalker and Last Jedi complement each other perfectly. At least, it works perfectly from a storytelling point-of-view and not, you know, a manchild’s point-of-view. But now those toxic fans want to cancel Star Wars for maybe the dumbest reason yet: LEGO decided to change the name of the classic Boba Fett ship, Slave 1.

However, though Jedi News confirmed that Disney is looking to change the name of the ship in all Boba Fett products and properties, there’s no real indication that this is happening. And here’s the real kick in the fanboys’ toxic nuggets, the ship remains Slave 1 in their Star Wars Database. LEGO does this with many of its licensed products to make them more marketable. We also have “Luke Skywalker’s X-Wing Fighter” or “General Grievous’s Starfighter,” or, my personal favorite, “Knights of Ren Transport Ship.” In fact, despite finally having a name, Groku is still called “The Child” on their products. So why change Slave 1? Because with the popularity of the new shows and the upcoming Book of Boba Fett, new fans are instantly going to recognize “Boba Fett” and not the name of a ship that’s only been mentioned in a handful of books.

No, Seriously, Star Wars “Fans” Are Mad At Disney Because of the Boba Fett Ship Name Change 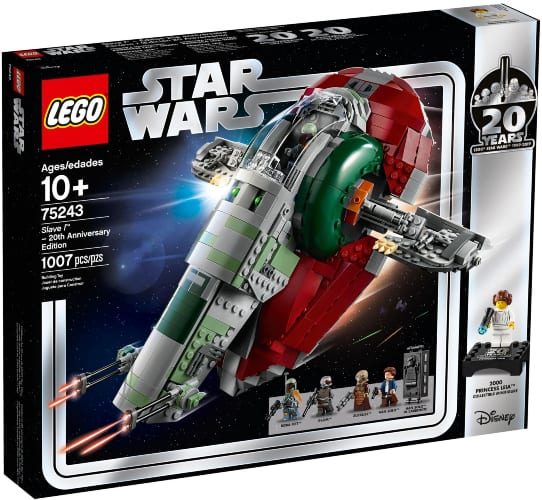 At the beginning of the pandemic, I developed an unhealthy and expensive addiction to LEGOs, especially the Star Wars sets. One of the most complicated and awesome sets? The 20th Anniversary edition of Slave 1. Holy Balls did that do a number on my carpel tunnel. Totally worth it. Especially when I dismantled it and sold it for double what I paid for it. Little did I know that it would be the last of that design to ever hold the name “Slave 1.” The next time we see the beautifully impractical spacecraft, it will be as the changed name, “Boba Fett’s Starship.” As someone who completed the 1000+ piece version of Slave 1, this change makes me feel so…so…SO…nothing.

Because, beyond the fact that it’s a toy, it’s entirely inconsequential to the Star Wars story, or to life in general. In fact, not a single character, including Fett, ever utters the name “Slave 1” in any of the films or TV shows. But because toxic fans are delicate little porgs, it’s the worst thing that’s happened to them, like, EVER! And this is, again, in spite of the fact that the name change hasn’t happened, and Boba Fett remains the same character they all loved way back when Luke threw him in the Sarlacc Pit.

Here are some of the wonderful Tweets:

Disney yet again with the woke identity politics crap.
Asking Lego to change the name SLAVE 1 to Boba Fett ship.. STOP changing stuff, It will always be slave 1 and it has never offended anyone. https://t.co/a3aQiXcakb@DDay_Cobra @TheQuartering @Drunk3P0 @thatstarwarsgrl

Yeah, how dare you offend me because of something that might be offensive to someone else! Why don’t these snowflakes understand that I’m a special fan afraid of the slightest thing that challenges my delicate worldview?

Yea I don’t get this and @disney there’s still slavery human trafficking etc. until the day comes when we don’t do that to each other anymore I think education and not trying to erase the word slave when people are still enslaved around the world

Like statues, the only way people will know the history of slavery is if LEGO doesn’t change the ship name without the full consent of Boba Fett.

Like the cultural and literary significance of “Wakanda Forever”, except not like that in even a remote way.

Yes, it’s always smart to compare a person to a non-living object. When Jabba enslaved Leia, it was one of the heroes’ darkest hours. When Man-children saw the name change for their toy Boba Fett ship, it was their darkest 22 seconds on Twitter. 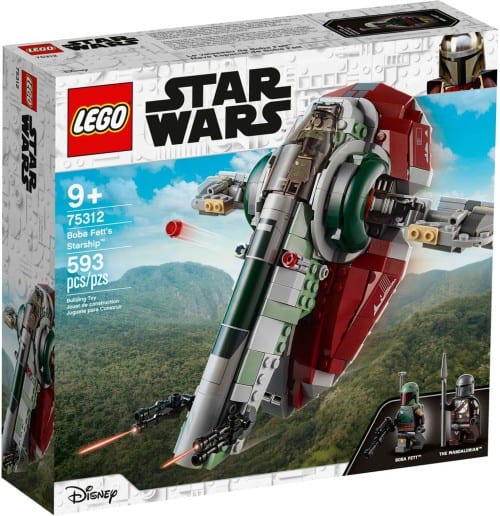 Legendary actor Mark Anthony Austin gave life to the character Boba Fett, winning our hearts and making us fall in love with him, ships named Slave 1, and everything Star Wars. Without him, there would be no franchise. Wait, that’s not right. Visual effects supervisor Mark Anthony Austin who once played Boba Fett for fourteen seconds in an added scene to A New Hope Special Edition is outraged that LEGO would dare change the name of “his” ship.

My ship will forever be Slave1.

Nothing. Not even #disney can or will change that.

This is the way. pic.twitter.com/Qt99Yo8dEz

If you’re going through A New Hope Special Edition credits, don’t bother. His role was so short that Lucasfilm didn’t bother crediting him. But those fourteen seconds defined his career, apparently. His Twitter handle is “BobaFettANHSE.” That would be like Jennifer Lawrence picking the name “MonkMascotS5E3.” Only Lawrence had other roles afterward, and all Austin did was…am unlicensed, soon to be served with a cease and desist, Boba Fett fan-made show. Austin is a capable visual effects artist, having worked on X-Men: Days of Future Past, Avengers, Edge of Tomorrow, and the recently awesome Cruella. But as Yoda might say, “Boba Fett, he is not.” And of course, he’s calling for a boycott:

I hope nobody buys this newly misnamed merchandise. I vow to not give a single dollar myself. Now if it’s packaged Slave1 I might…. pic.twitter.com/z2ttPE7P6U 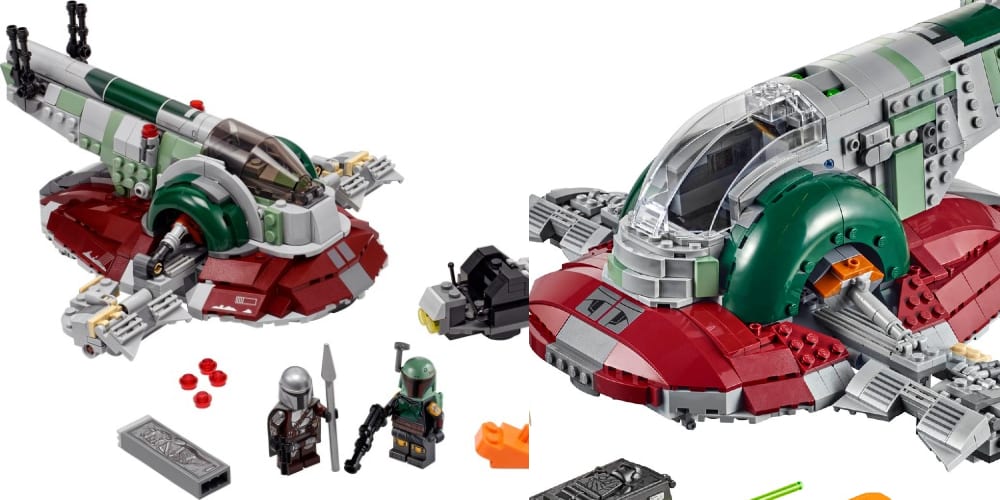 One of these things is basically the same as the other. (Image: LEGO Inc.)

The backlash to the backlash is genuinely wonderful. Maybe it’s because those who see the idiocy in being offended over a toy have higher-level brain functions. Or, that is, a functioning brain. Here’ how they responded to the fans so hurt by a small change to Boba Fett the Bounty Hunter’s ship name.

The name of a fake ship in a fake universe has been renamed to another fake name. Let's panic and be mad!

Nothing. Not even #disney can or will change that.

This is the way.

If The Change to the LEGO Version Bobba Fett’s Ship Hurts You, We’re Here For You!

Do any of the following apply to you?

If so, we will be starting a support group in the comments below. We promise that we will regularly not check it or reply, and we wholeheartedly don’t care.

While this seemed at the time like not a specific name change thing and more a LEGO thing, it seems that Disney is truly trying to move away from the unfortunate name of Slave I. In a new interview for The Book of Boba Fett, the bounty hunter himself — Temuera Morrison — reveals that the ship is now referred to as the Firespray. He says he calls it “a Firespray Gunship” a couple of times.