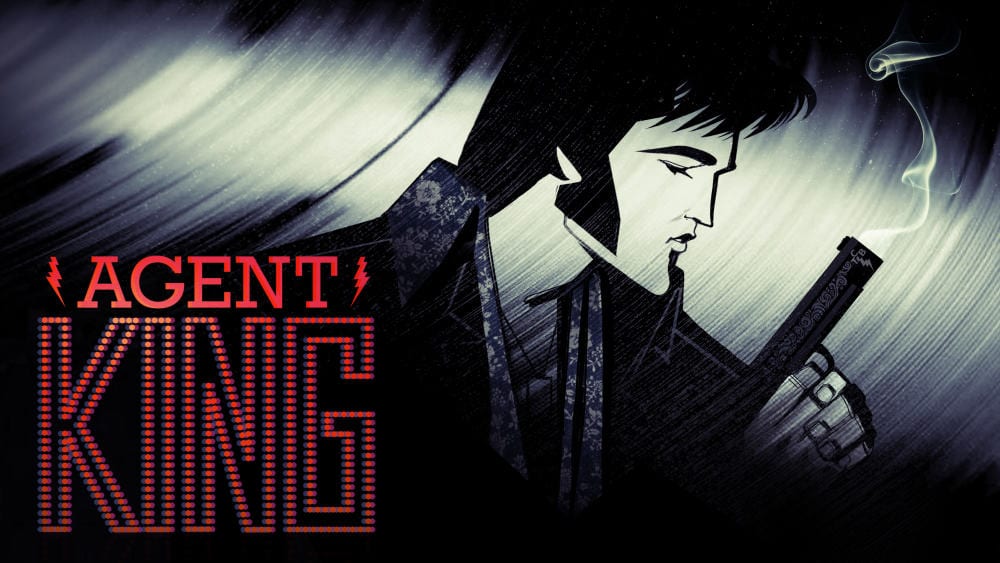 For the 42nd anniversary of Elvis Presley’s death, Netflix has made an unexpected announcement. A series order for a new animated show inspired by Elvis, titled Agent King is in the works. This announcement adds to the growing list of upcoming shows from different streaming services, as each one continues to grow its list of original content, including HBO Max’s Circe. This series is an interesting choice, because President Richard Nixon gave the real-life Presley a badge for the Drug Enforcement Administration, in order to get a photo-op with the King.

Agent King is will be an animated and comedic series coming from Sony Pictures Animation. Priscilla Presley and John Eddie are co-creators and are serving as executive producers. Mike Arnold, best known for his work on Archer, will be the showrunner, writer, and co-executive producer, along with Fletcher Moules. And, because Elvis’ style is so iconic, John Varvatos will be custom-designing his wardrobe and working as a consulting producer.

Priscilla Presley noted Elvis’ dream of “being the superhero fighting crime and saving the world,” as one of the inspirations behind the show. The premise will revolve around Elvis being inducted into a special spy program run by the government. He will help “battle the dark forces that threaten the country he loves” while remaining the King of Rock and Roll.

It’s likely that the studio was eager to get the announcement out on the exact day of Elvis’ death. Though it is perfect timing, it’s possible that the studio is still in the early works of planning. So far, all we know is who is running the show behind-the-scenes, and a brief plot idea. It will be geared towards adults, so we can likely expect something similar to Arnold’s Archer. So, we can hopefully expect to begin hearing casting news and word of a release date soon.

How would you like to see Agent King, and an animated Elvis, play out on the small screen? Let us know!

The Hunt is Nothing New – So Why Was It Canceled?
Krypton Canceled by Syfy, Also Development Halted on Lobo Spinoff Series