I remember the first time I read about an Asian American character: Claudia Kishi, from The Baby-Sitters Club. Even though she was Japanese American (I’m Chinese American), I still felt seen and thought it was so cool that she was even part of the series. It always made me think of this idea of “mirror and window” books that was a hot topic in the book publishing industry: publishers should strive to publish books that mirror readers’ experiences as well as books that provide a window into another experience that readers may not be familiar with. There are several books that fit this bill, but one that does a really amazing job is Gene Luen Yang’s graphic novel, American Born Chinese. It won several awards and is beloved by many and now, it looks like American Born Chinese gets a Disney+ series!

First, What Is American Born Chinese About? 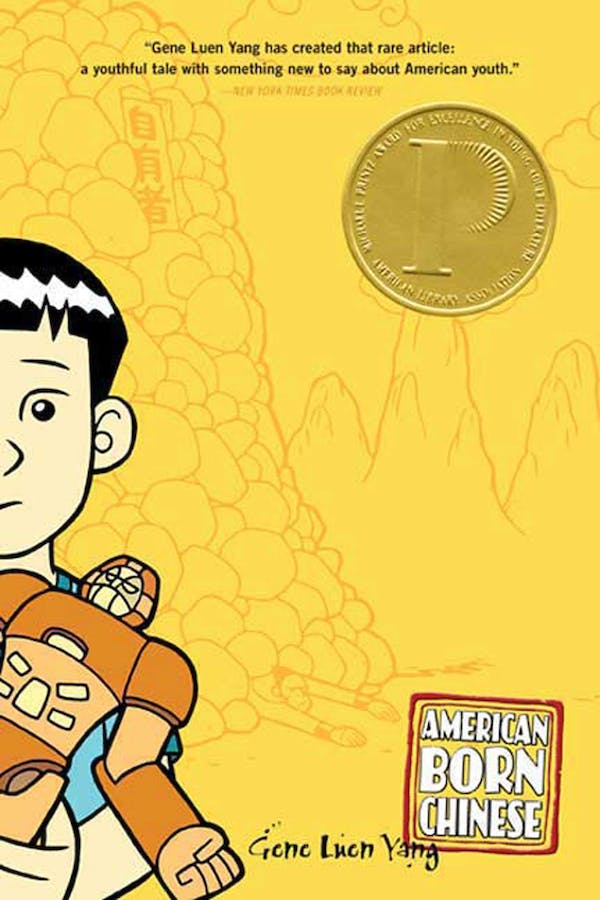 Yang’s graphic novel is about a Chinese American teenager named Jin Wang, and like many children of immigrants, he struggles to juggle his high school social life and his immigrant home life. One day, a new foreign student introduces himself to Jin and suddenly, he’s thrown into a whirlwind of Chinese mythology, identity issues, and familial drama.

Yang told PBS that the graphic novel is important because it brings to light important issues, such as racism, stereotypes, and trying to find yourself in the United States. He said:

“For about five years, I had done a few stories with Asian American protagonists, but their cultural heritage never played an important part of the story. I knew I wanted to do some kind of story where that was the focus, because my own cultural heritage played such an important part in how I find my place in the world. For American Born Chinese, I really wanted to tackle stereotypes head on. I just think it’s more powerful when you do it visually. What I really wanted to do was tie historical images of Chinese-Americans, Asians, and Asian-Americans with what I was seeing in pop culture at the time. I think the modern American can look at the buck-toothed images of Chinese and Chinese-Americans that were really prevalent in the late 1800s or early 1900s. As modern Americans, we can recognize that as racist, but then there were also a lot of things that were happening all around me that I felt were connected to that, but most people didn’t draw that connection.”

Now Tell Me More About The Disney+ Series

It’s definitely exciting that American Born Chinese is getting a Disney+ series, and the team behind the scenes are behind some of the most successful content creators out there. It will be directed by Shang-Chi director Destin Daniel Cretton and Yang himself will be one of the executive producers. Bob’s Burgers executive producer Kelvin Yu and his brother, Charles Yu (Westworld), as well as Melvin Mar (Doogie Kamealoha, M.D.), Jake Kasdan (Doogie Kamealoha, M.D.), and Asher Goldstein (Just Mercy) are the other executive producers. The Yu brothers are acting as the writers for the series.

The team are all fans of each other and it already sounds like a passion project for all involved. Yang had worked on a Shang-Chi comic book miniseries, so he was thrilled to work with Cretton. In an interview with Deadline, he said:

“I feel so lucky to be working with this team. Melvin Mar is a man with a vision, and I’m deeply grateful that he took this project under his wing. Kelvin Yu is a phenomenal talent. His script brings to television everything I wanted to get across in my book. And Destin Cretton… who in America isn’t a fan of Destin Cretton right now? I can’t wait for him to bring his signature blend of action and heart to the show.”

“Reading Kelvin’s riveting adaptation of Gene’s incredible novel had me laughing and crying and jumping out of my chair on every page. I feel deeply connected to the characters in this story and the brilliant team bringing it to life. This show is going to be unlike anything we’ve experienced on TV, and I can’t wait for the world to see what we’re cooking up.”

“Gene Luen Yang’s book is a staple in American literature, and deeply important to a whole generation of readers. Destin and Melvin are storytellers working at the highest level imaginable. It’s all so exciting and so humbling to be a part of.”

There’s no release date yet for the American Born Chinese Disney+ series.

Are you looking forward to seeing Gene Luen’s Yang work come to life? Let us know in the comments below!