Ahsoka Tano Childhood Secrets Revealed in Tales of the Jedi

Ahsoka Tano Childhood Secrets Revealed in Tales of the Jedi 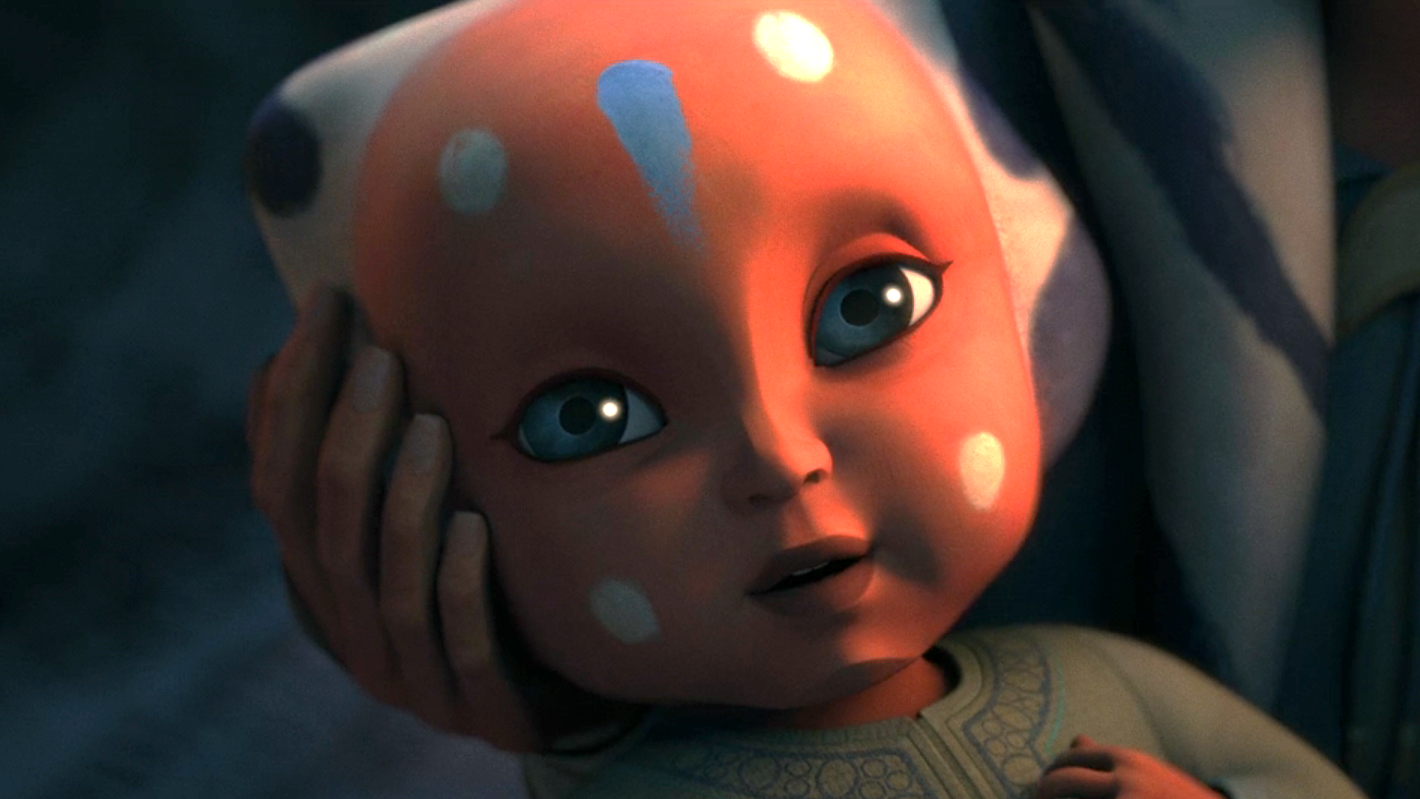 Disney just dropped the full season of Tales of the Jedi. If you haven’t been keeping up, this is an anthology series from the Star Wars series. Each episode of the series is about 15 minutes and focuses on different members of the Jedi. Currently, there’s only one season, although we have high hopes that another one’s on its way. In the first episode of this series, we finally got a look at Ahsoka Tano childhood scenes. Spoilers ahead for this episode!

In the first episode of the anthology series, we see a lot of Ahsoka Tano childhood scenes and her early life. We get to see when she was born and her first encounter with the Force. In the first episode, we saw Ahsoka’s birth on Shili. Soon after, the episode skips ahead to show Ahsoka hunting with her mother. She is called Pav-Ti. Later, a massive monster takes Ahsoka away, presumably to eat her. However, Tano fights back and uses the Force for the first time. Just as the monster decides to chomp down, Tano uses the Force to make the monster calm down. During this scene, we can hear the familiar sound effect of the Force. She even boops the monster’s nose!

Towards the end of the episode, we see other Ahsoka Tano childhood scenes. Tano returns to her home town on the back of the animal. Naturally, the leaders of this village say that she is a Jedi at the young age of 3 years old. However, it’s not all smooth sailing. When her village realises that she is a Jedi, they send a message to the members of the Jedi Order. They want to know how Ahsoka is connected to the Force and if she can become part of the Jedi. However, an imposter manages to sabotage the message and attempts to manipulate Ahsoka for their own gain. This imposter comes to the village and tries to get Ahsoka to go with them. Thankfully, Tano’s Force skills are powerful enough for her to see through the lies. She recognises that the imposter is dangerous, and their plan fails.

Soon after, we get another development in the Ahsoka Tano childhood scenes. Plo Koon, one of the most iconic Jedi Masters, arrives as part of the Jedi Order to talk to Ahsoka. Immediately, Tano recognises that Koon is a good person, and she begins speaking to him. Unlike the imposter, Tano feels relaxed around Koon. He teaches her how to stay calm with breathing techniques. Eventually, Tano becomes part of the Jedi Order. Like many of those before her, the Jedi whisk her away to the Jedi Temple. Tano becomes a Jedi Initiate and, a decade later, becomes Anakin’s Padawan during The Clone Wars.

Clearly, these Ahsoka Tano childhood scenes have proven just how powerful this character is. Even when she was just three years old, Tano had a strong connection with the Force. This is something we’ve seen throughout the Star Wars universe. In the later seasons of The Clone Wars, Tano becomes an extremely capable Jedi. We even see her as a leading figure during the bloody Siege of Mandalore, culminating in a fight with Darth Maul. Surprisingly, she even manages to win this fight!

If that wasn’t enough, The Clone Wars also showed that Tano survived the events of Order 66. While she’s doing this, Tano manages to avoid killing clone troopers. During Rebels, we saw Tano battle with Maul once more. She even comes up against the terrifying Darth Vader and lives to tell the tale. Clearly, she’s one of the most powerful Jedi around. In Tales of the Jedi, the Ahsoka Tano childhood scenes show us the start of this mighty power.