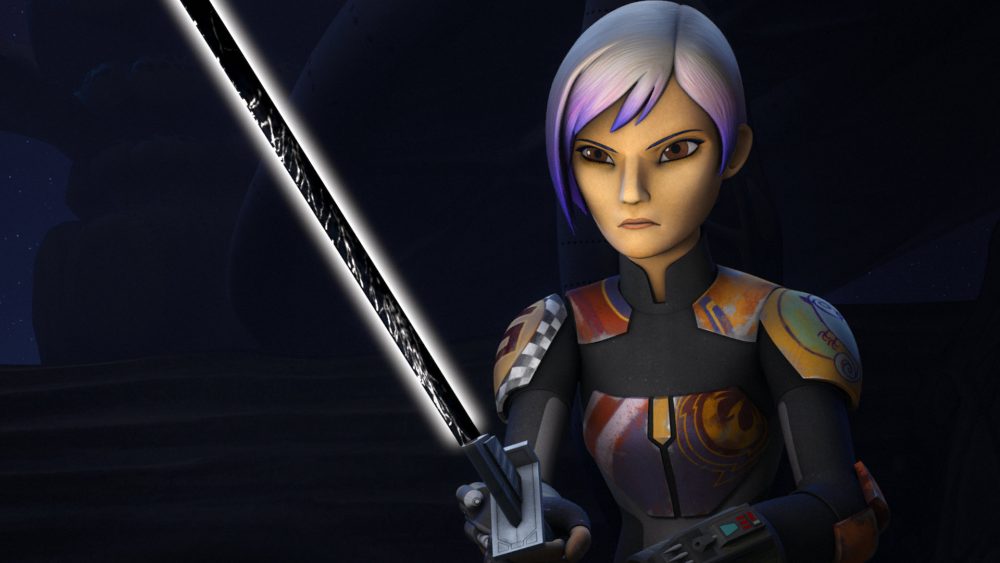 Earlier this year, Comic Years shared that Lucasfilm was casting for an actress to play Sabine Wren in the live-action Ahsoka series. The character, who has previously only been seen in the animated Star Wars world, quickly became a sought-after role. After a lengthy casting process, Natasha Liu Bordizzo has joined the cast of the Ahsoka series in the role of Sabine Wren. The upcoming Ahsoka series will see Rosario Dawson’s Ahsoka take on her storyline. This character, who our very own Joshua M. Patton has referred to as the most important Jedi in Star Wars not named “Skywalker,” was most recently seen in The Mandalorian. In addition to Dawson’s casting, Hayden Christensen has been expected to appear, as well. Though, as the series has yet to begin production, little else is known about the plot details.

Joining Dawson and Christensen in the Ahsoka series is Natasha Liu Bordizzo in the role of Sabine Wren. Wren, previously seen in Star Wars Rebels (and voiced by Tiya Sircar), is an Imperial Academy of Mandalore dropout and a certified weapons expert with a particular proclivity for explosives. She’ll undoubtedly be a pretty cool character to see on screen. So, the actress will need to be just as exciting.

The Australian actress Natasha Liu Bordizzo joined the acting scene in 2016 with Crouching Tiger, Hidden Dragon: Sword of Destiny and has since appeared in various diverse roles. Other credits include The Greatest Showman, Hotel Mumbai, and Guns Akimbo. The Ahsoka series remains in pre-production.

We’re excited now that Natasha Liu Bordizzo has joined the cast for the Ahsoka series as Sabien Wren. You can count on us for all of the up-to-date news on the Disney+ series. Let us know what you’re expecting as they inch closer towards production.

South Park Is All Grown Up In New Teaser For Post-COVID Event
Black Panther: Wakanda Forever Is Officially on Hiatus From Production