It’s official – an X-Force Deadpool Comic crossover is coming, and it’s releasing on July 27. Get your katanas at the ready!

Deadpool will play a major role in issue #30 of the X-Force comic series, his first return since 2014. Famed comic book legend Benjamin Percy wrote the latest X-Force issue while Robert Gill worked on illustrations. This issue will kick off the start of “a new era as old-school X-Forcer Wade Wilson makes his grand return! Well, grand for him, necessary for the team, as X-Force needs all the help, it can get in the fallout from the Hellfire Gala and the revelations of A.X.E.: JUDGMENT DAY!”

Deadpool will team up with his previous colleagues in X-Force as part of this future issue. Previously, Deadpool featured with the gang in the Uncanny X-Force comic, which included Psylocke, Archangel, Fantomex, E.VA., and Wolverine. The last entry to this series came out almost a decade ago, so it feels well beyond time for another crossover. In the latest series, Marvel has promised a “landmark storyline” as the X-Force team and Deadpool work together. Their mission in the latest comic is to find X, and fan favorites like Kraven the Hunter are there to help.

Additionally, this tie-in with the Merc With the Mouth is just one piece of Marvel’s larger Judgement Day story arc. The comic book event begins in May, and the series features characters from the wider Marvel universe, like the X-Force and Deadpool. You should expect to see returns from the Eternals, the Avengers, and the X‑Men. The teams will battle it out in a high-stakes fight for victory, with X-Force and Deadpool at the front.

Initially, Marvel is releasing a special Free Comic Book Day Issue next month, alongside a prelude to the series in June titled A.X.E.: Eve of Justice. Then, the official first title of the series comes in July, named A.X.E.: Judgement Day 1. Kieron Gillen is no newbie to the comic scene and worked on this series with Mark Brooks. Gillen has teased a shake-up to the series by promising that the leadership of the Eternals is not so certain any longer.

If you can’t wait until X-Force, don’t worry. Marvel teased the official return of this lovable rogue a few days ago in the preview for Wolverine #20. This issue releases on April 20 and features a sneak glimpse at some of Deadpool’s misfortunes on Krakoa island. Although Deadpool may have been a previous member of the X-Force comics, he’s not actually a mutant. Because of this, the island refused to grant him full citizenship, transforming Wade into an enemy. Events on the island forced Deadpool to change his mind and attempt to make it back, so these will likely tie into the X-Force comic series.

So far, all we know is that Wolverine and Deadpool will work together – similarly to X-Force – in this latest comic book issue. There’s an unknown danger attacking Krakoa island, and it’s up to this reluctant duo to find the solution. Furthermore, it appears that Deadpool’s role will go even beyond this particular issue. In the description, issue #22 of Wolverine mentions Deadpool and hints at the conflict between the two. After all, it’s “probably Deadpool’s fault Wolverine is trapped in an adamantium prison.” 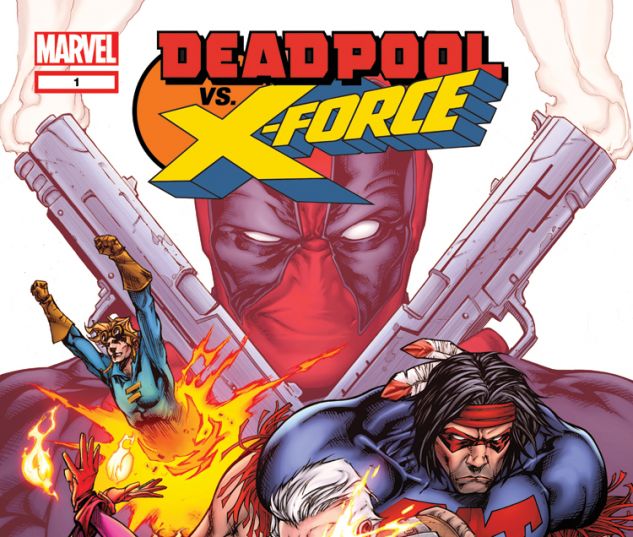 The re-appearance of Deadpool in the X-Force comics is sure to delight fans who were upset when Wade Wilson’s own series was rumored to be canceled last year. The last time we saw Deadpool was as part of the “Black & White” comic series. Marvel released this way back in November of last year, so it’s been quite a while. Also, we already know that the third entry in the film series is in post-production.

Hopefully, all this Deadpool news means we can wish for a full comeback later this year.