Who Is Boba Fett? – Character History And Biography 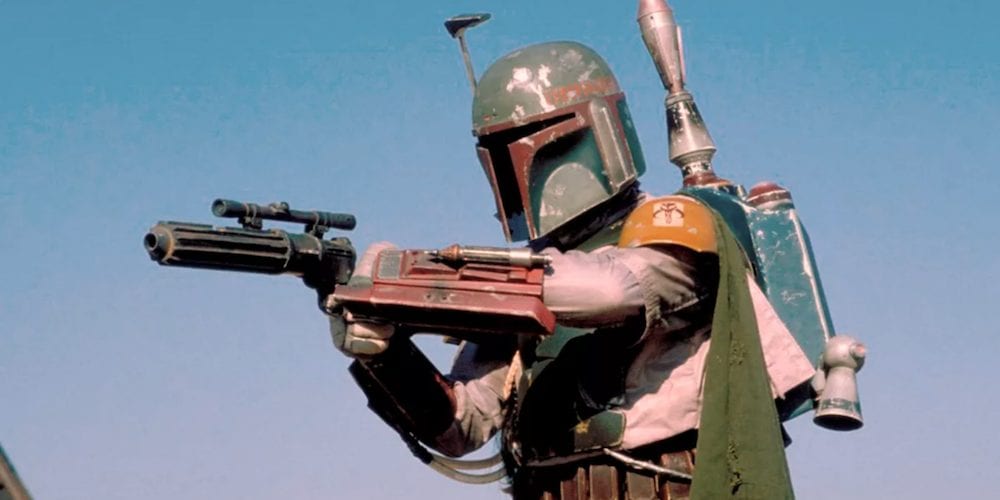 Boba Fett is one of the most iconic characters in the Star Wars Expanded Universe. In the original trilogy, Fett barely speaks more than a few lines of dialogue. Still, his aura and presence made a lasting impact on fans and still does today. Like many characters, his role in the Universe developed further through things like Legends stories and The Clone Wars series. Now, we have a well-rounded Boba Fett history and biography to tell us all we need to know about the bounty hunter. If you ever wanted to learn more about this character, then check out this rundown of his background here! 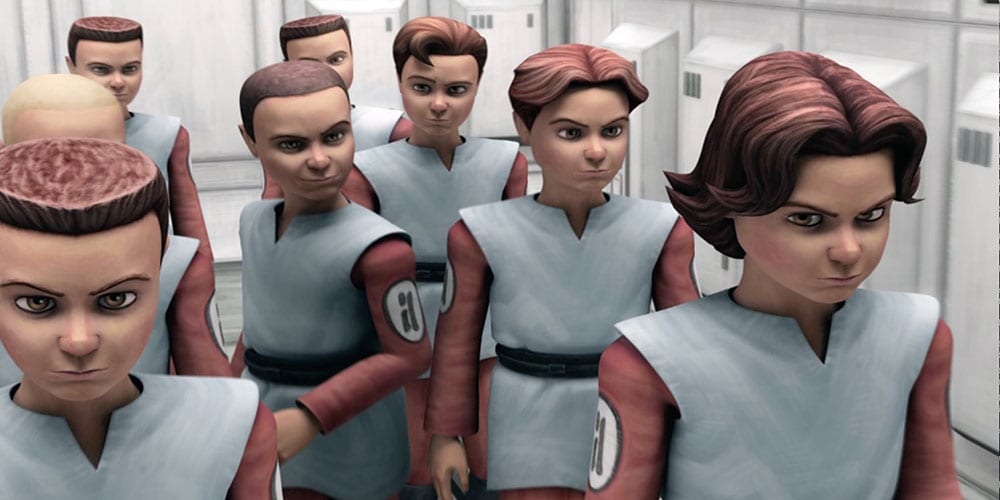 In the early period following the Battle of Naboo, Jedi Master Sifo-Dyas saw an opportunity to save the Galactic Republic. By commissioning a clone army, the Republic could have enough forces to stay in power. Unfortunately, Sifo-Dyas was a Sith instrument to destroy the Jedi Order. Sith Lord Darth Tyranus decided on cloning the army after the genetics of a bounty hunter named Jango Fett. Fett sought two things from the deal: a large sum of compensation and a clone of his own. The clone would not become a member of the army, but rather live as his son. Jango would name him Boba Fett.

Boba learned the skills of bounty hunting from his father. On top of gun training and martial arts, Jango taught his son to control the auxiliary weapons of his ship, the Slave I. Training would cease prematurely unfortunately ahead of the Clone Wars, when Jango received a mission to assassinate Padmé Amidala. Jango failed, and while retreating back to his home on Kamino, led Obi-Wan Kenobi to the clone operation. Confirming Jango to be the would-be assassin, Kenobi attempted to kill the assassin but Jango escaped.

Kenobi found that Fett went to Geonosis to meet with other Separatists and ends up a prisoner. Anakin Skywalker and Amidala would attempt to save Kenobi, but also get captured. Ahead of dying at the hands of deadly creatures in a coliseum style execution, Jedi Mace Windu arrives with other Jedi to save the captures. In the process of fighting off Separatist droids, Windu kills Jango Fett by slicing his head off. Boba holds his father’s Mandalorian helmet and decides to dedicate himself to revenge against the Jedi. 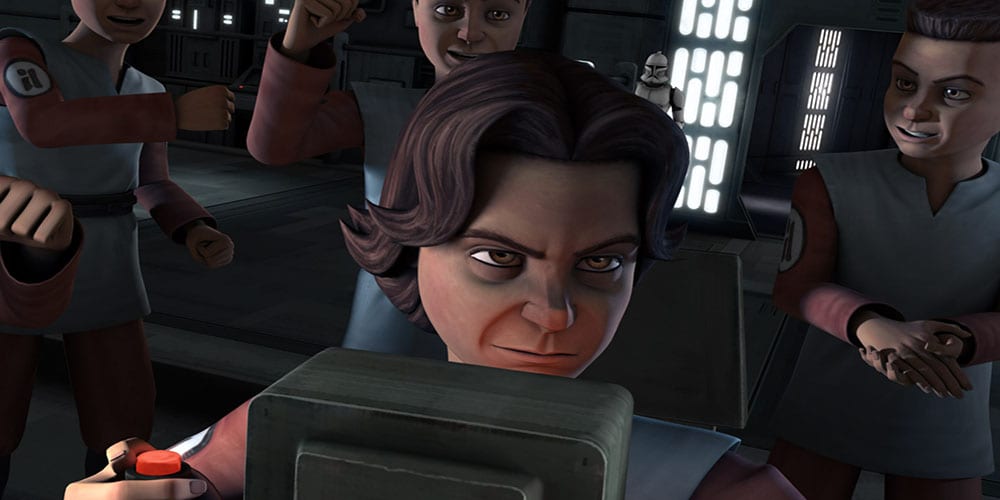 Across the history and biography of Boba Fett, one thing rules all: revenge. Following the events of Geonosis, Boba finds a team of bounty hunters to fight back. Those in his company were Aurra Sing, Bossk, and Castas. Aboard the Slave I, Boba crafted an undercover entry to the Republic ship Endurance posing as a clone. On the ship, Anakin Skywalker and Mace Windu would put the young clones through training. Boba shined from his training with Jango but he wasn’t on the ship to learn more about fighting. He attempted to take Windu’s life in his private quarters, but a clone trooper triggered the tripwire instead. Likewise, Aurra Sing devised a plan to blow up the ship’s core, but Boba didn’t want to kill everyone. Instead, he attempts to do things in a way that causes less damage, but Windu and Skywalker escape death.

Missing His Chance to Defeat Windu…Again 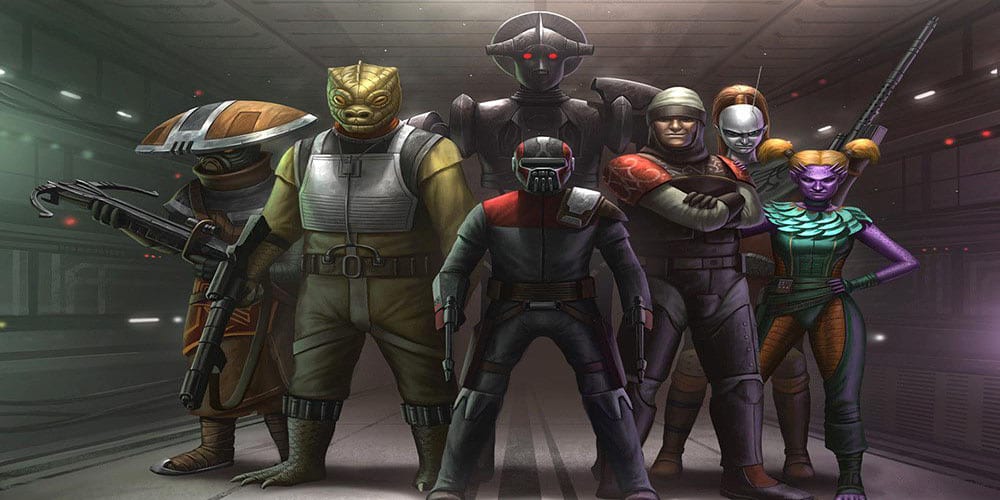 Boba escapes on a pod, revealing his undercover intentions and escapes with the bounty hunters on Slave I. Windu and Skywalker follow the ship to Vanqor, where Boba sets up a trap using his father’s helmet. Remembering Jango had a son, Windu uncovers that Boba is the would-be assassin and escapes just in time. After a few adventures with the bounty hunters, Boba realizes that the life of an assassin leaves you endlessly in danger, and he wonders if he should have stayed on Endurance and become a trooper.

After capture and imprisonment with Bossk on Coruscant, Boba again finds Obi-Wan, who is undercover at the prison. Upon release, Fett founded Krayt’s Claw, a bounty hunter operation headquartered one of the most famous Star Wars planets: Tatooine. After finding success in a few jobs, he encounters Ventress on a mission, who ties him up and steals his bounty. Finding himself a new enemy, Fett continues his work with the hunter outfit and becomes notorious for his successes. 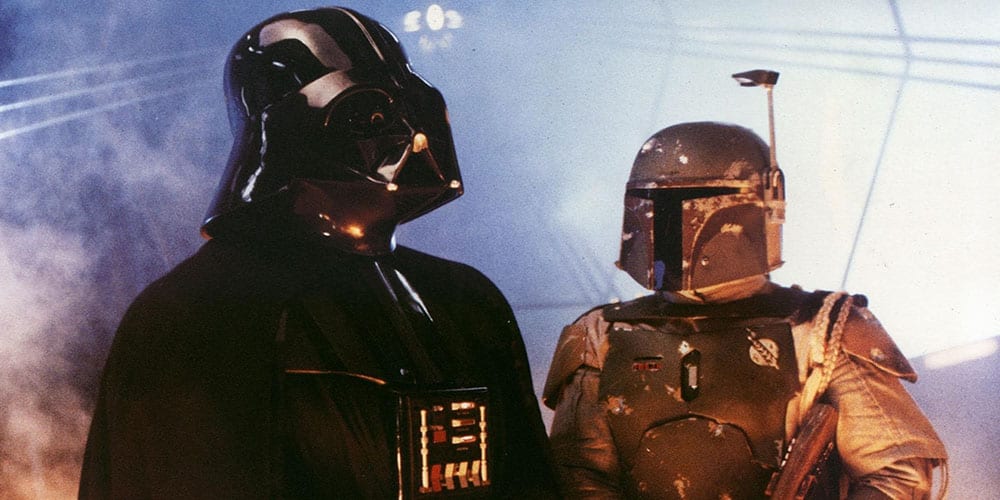 Boba Fett adopts his father’s Mandalorian armor and gains notoriety all over the galaxy. During the Galactic Civil War, Fett earns even more credibility as Jabba the Hutt’s famed mercenary. While working in this circle of the galaxy, he hears that Darth Vader is looking for two droids, who he tracks down on Tatooine. Here, he also finds Han Solo, who owes Jabba a considerable amount of money. Solo promises Jabba payment but fails to follow-up with his promise. Boba’s next mission for Darth Vader is mission was to track down a boy on Tatooine associated with Obi-Wan Kenobi. He finds out the boy lives on a moisture farm, and a local teen tells him the boy’s name: Luke Skywalker.

Awaiting Skywalker’s arrival at Kenobi’s home, he dueled with Skywalker, who was still relatively new to the Jedi ways. Skywalker gets away, and upon reporting the events to Darth Vader, Boba gets a new bounty: Han Solo.

Vader intended on freezing Solo in carbonite to see if Skywalker could survive the same feat. Jabba also sought Solo for his failure to pay back money owed to the slaver. Boba and Vader track Solo to Cloud City, where he is hiding out with Skywalker and Princess Leia Organa. Upon capture, Vader hands Solo over to Fett who returns the smuggler to Jabba the Hutt. A rescue mission by Skywalker to retrieve Leia and Han from Jabba leaves Boba Fett fighting off an un-frozen Solo when he is pushed into a sarlacc pit. He is last seen tumbling to his death.

George Lucas contemplated adding a scene to Return of the Jedi where Fett would crawl out of the pit, proving his survival. Star Wars author and historian Jonathan W. Rinzler also mentioned in a Reddit AMA that Lucas believed Fett to be alive. Several novels in the Legends stories explore Fett’s adventures after Return of the Jedi, but he never reappeared in the films. There was talk of the bounty hunter returning in The Force Awakens but plans never developed. Thus, as far as officially recognized Star Wars canon, Boba Fett’s fate is still unknown. However, we’re sure to be seeing him again somewhere.

The Lasting History and Legacy of Boba Fett 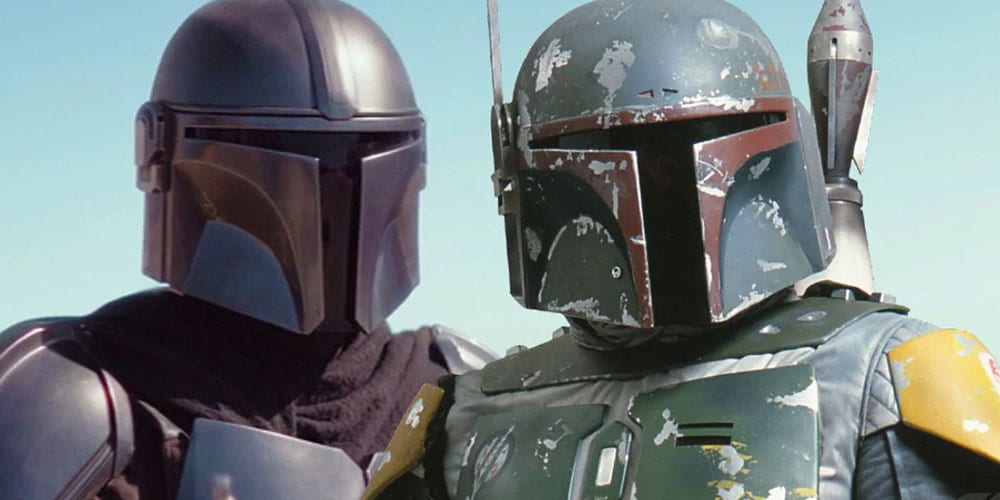 For a character with very little dialogue or screentime, Fett is immensely popular in Star Wars fandom. A history and biography of Boba Fett make me think the character deserved a better “ending,” although it’s clear his death is far from certain. The idea of a reemergence and exploration into Fett would be a dream come true to many fans who adore this complicated bounty hunter. With Boba Fett’s armor returning in The Mandalorian season two, as well as actor Temuera Morrison, it might not be goodbye just yet.

Thanks for reading Comic Years for all things Star Wars, film, and pop culture!