With this deal, TKO Studios, which has enticed some of “the most buzzed-about names in the industry” (Hollywood Reporter) including crossover talent like Roxane Gay (Black Panther, Hunger), Garth Ennis (The Boys, Preacher), and Jeff Lemire (Black Hammer, Sweet Tooth) further extends its global reach. Ingram Publisher Services / Publishers Group West is helping pave the way for TKO’s titles to be stocked in thousands of bookstores across the US and abroad.

TKO Co-Founder Tze Chun (Gotham, Gremlins: Secrets of the Mogwai) states: “We are excited to work with Ingram to make our books widely available in bookstores. The book market is the perfect place to be discovered by audiences interested in character-driven, non-superhero stories by the top creators in comics and graphic novels.”

TKO Studios, co-founded by Salvatore Simeone and Tze Chun, launched in 2018. Since its debut into the market, TKO Studios has become one of the fastest growing publishers and producers of IP in the world. In its first 18 months, TKO has risen to the ranks of Shopify’s top 1% of e-commerce companies, been nominated Publisher of the Year by Tripwire, and earned an Eisner Award nomination for their bestselling series SENTIENT.

The first company to binge-release entire series, TKO is bringing the comic book industry into a new era and has enlisted what the NYTimes called “an impressive slate of talent.” The company — made up of professionals with decades of experience in publishing, film/TV, business management, and computer science — strives to provide top quality entertainment through prose and comic book publishing, film, and television.

New CW Social Media Comment Policy Seen As A Win For Candice Patton
Want To Be The First To See Dune Footage? You’ll Have To Visit A Theater 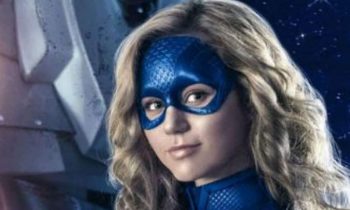